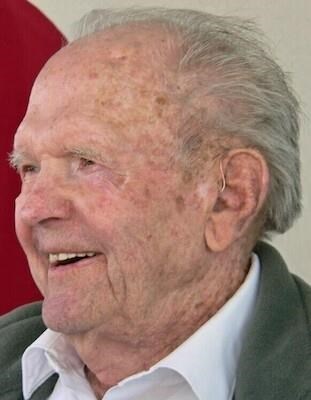 It is with sadness and love, the family of Rex Prince Prisbrey announces his departure from this well-lived life of 99 years on July 3, 2021. He was preceded in death by his loving wife of sixty-one years, Pinka; his son, Michael and his sons-in-law, James Lewallen, Sr. and Richard DeVore. He will be greatly missed by his daughter, Karol Lewallen DeVore and John Ziegler; his daughter and son-in-law, Pam and Barry Ebert; his six grandchildren; twelve great-grandchildren; two great-great grandchildren; his sister, Irene Slack; many cousins; nieces; nephews and a life-time of cherished friends. We would like to thank Sharon Black for the companionship and joy she brought Dad during the last three years at Belmont Village. We would like to thank all of the staff, residents and family members who welcomed Dad into their community with such great warmth he knew he was home at Belmont Village.

Dad's life began in rural, Washington, Utah surrounded by animals, horses were his favorite, fields of growing crops and lots of other kids to play with. His parents, Susanah and Hyrum Prisbrey brought twelve children into this world; among them three sets of twins. Dad was one of those twins. Growing up, Dad said he could always count on his twin brother, Max, to look out for him. Education was always a priority with Dad and after high school, he enrolled at Dixie Junior college in the neighboring town of St. George and the National Guard. Quickly, school was put on hold when his National Guard Unit was activated. This began several years of decorated, military service as a pilot in the Army Air Corp/United States Air Force - China Burma India Theater during WWII. Of the awards Dad received for his military service, he said he was most proud of the Distinguished Flying Cross and the Air Medal With Oak Leaf Clusters. During his military training in Colorado Springs, Colorado, Rex met the love of his life, Pinka Lucero. They were married three months later in her home town, Santa Fe, New Mexico. When WWII ended, Dad finished his education and graduated from the University of Denver with a degree in accounting while working full-time to take care of Pinka and Karol, their baby daughter. After beginning his career with State Farm Insurance, the family ultimately made their home in Scottsdale, Arizona in 1958 and by this time had added two more children, Pam and Mike. Dad had a forty-one year career with State Farm Insurance and retired at the age of seventy-five. Dad and Mom enjoyed family, new and old friends, golf, bridge, traveling and their summer home in Munds Park, Arizona. Dad continued flying after WWII as a hobby. His last flight as pilot was over the Grand Canyon at age 93. Dad was a member of the Church of Jesus Christ of Latter-Day Saints. A life-well lived! Visitation will be held on Saturday, August 7, 2021 at The Church of Jesus Christ of Latter-Day Saints, 6840 E. Gold Dust Avenue, Scottsdale, Arizona 85253 at 9am with a chapel service at 10am. In lieu of flowers, may we suggest a contribution to the Belmont Village Employee Holiday Fund. Checks may be made payable to: Belmont Village Scottsdale. Please write Employee Holiday Fund/Rex Prisbrey on the memo line. Checks may be sent to Belmont Village Scottsdale, 13850 N. Frank Lloyd Wright Blvd., Scottsdale, AZ 85260, Atten: Executive Director or a tax deductible contribution to Honor Flight Arizona at www.honorflightaz.org or to mail a donation: 8711 E. Pinnacle Peak Rd., #198, Scottsdale, AZ 85255-3517 - Thank you. 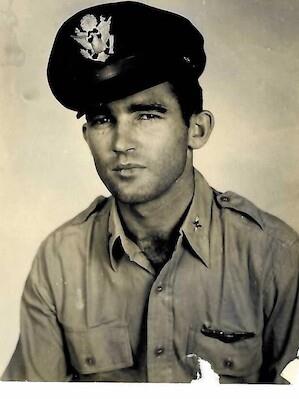