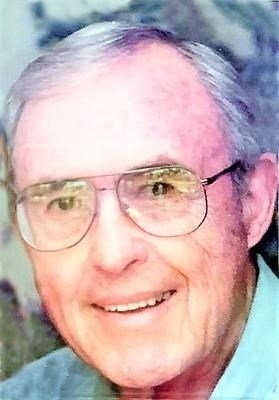 Salt Lake City, UT - Robert H. (Horton) Green passed away peacefully due to the complications of age, on December 7, 2019 in Salt Lake City, Utah. Robert made his debut at his grandparents' ranch in Menan, Idaho on November 16, 1927 into the arms of his beloved parents Charles Wesley and Lola Leavitt Green. An adventurous young man, Bob enjoyed an active childhood in the majesty of the outdoors. His family relocated to Phoenix, Arizona right before he turned 14 and his adventures continued.

A US Navy Veteran of World War II, and a practicing attorney for 41 years in Phoenix, Bob was a founding partner of the Robbins and Green Law Firm. An avid family man, Robert was preceded in death by the love of his life, Irene Rowan, to whom he was blissfully wed for 63 years. They raised their family in the Arcadia District of Phoenix, where they never tired of their view of Camelback Mountain illuminated by desert sunsets. Bob was active in the community and with his wife served others freely.

This great man will be honored with a Celebration of his noble life on Monday, December 30, 2019, at 11 a.m. at Nelson Family Mortuary in Provo Utah. There will be a visitation with the family beginning at 10:30 that morning. Robert will be interred next to his cherished wife in the Provo City Cemetery. A gentleman of highest integrity and kindness, Bob will be deeply missed by his family, and all blessed to know and love him. To share condolences visit www.NelsonMortuary.com