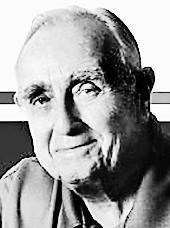 BORN
1921
DIED
2016
Robert James "Bob" Lavidge
passed away on December 15th, just 12 days shy of his 95th birthday at his home in Scottsdale, Arizona. Born in 1921, Bob was raised on the south side of Chicago. After high school graduation, he attended DePauw University on a full academic scholarship. It was there where he met his wife, Margaret Zwigard.

When Bob graduated from college, WorldWar II was underway. Therefore, he immediately entered the Naval Midshipmen School at Notre Dame University where he led his class in seamanship. Due to his performance at Midshipmen School, he was ordered to remain as a member of the Notre Dame faculty for an additional eight months. Once that assignment was completed, he was assigned as an Executive Officer on a ship that fought the Japanese in the Pacific.

After the war, Bob was accepted into Harvard law school. However, he instead decided to enter the University of Chicago Graduate Business School where he completed their two-year Master program in only 15 months with one of the highest GPAs ever recorded. He then entered the work world in Chicago as marketing researcher for the Pepsodent brand - a division of Unilever.

After a few years, he entered into a business partnership with Robert Elrick. The two men fonded Elrick & Lavidge which became one of the nations most respected marketing research firms. In 1978, Bob sold the firm to Equifax, but remained on as President until his retirement at age 65. He then became President Emeritus and continued to accept special assignments until he was 80.

Bob was very active as a community, civic and industry volunteer. All of his service is too long to mention, but some notable volunteerism included serving as President (Mayor) of the Western Springs Town Council, Chairman of the Cook County Council of Governments, National President of the American Marketing Association (AMA) and on the Board of Trustees of the McCormick Theological Seminary. In the evenings, he also taught as an adjunct faculty member for 30 years at Northwestern University.

Bob received numerous awards for his accomplishments. He was valedictorian of his high school class, President of his fraternity and a member of Phi Beta Kappa in college. In addition, he received the Parlin Innovation and Leadership Award from the AMA/Wharton Graduate School of Business.

In his spare time, which was scarce, he enjoyed sailing and golf. Much of this was done at the family's summer home on Klinger Lake, Michigan.

Although Bob accomplished so much during his time on earth, he was most proud of his family. He is preceded in death by his parents, Arthur and Mary, and his first wife, Margaret. He is survived by his second wife, Ginny, brother Arthur, daughters Margaret/Twinkle Gosselink (husband Paul), Kathleen Lavidge (husband Ed McKinley), Lynn Rovelstad (husband Todd), son Bill (wife Julie), 7 grandchildren and two great-grandchildren.

A Memorial Service will be held this Friday, December 23rd at 2 p.m. The location is the Pinnacle Presbyterian Church at 25150 N. Pima Rd, Scottsdale, AZ 85255. After the service there will be a reception in the church's Fellowship Hall.