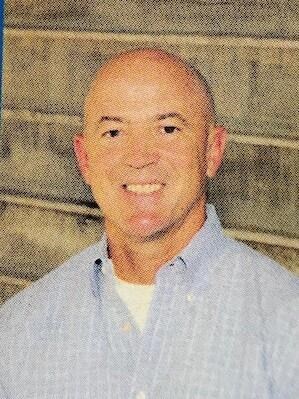 Scottsdale - Ronald A. Hertz, 53, of Scottsdale, Arizona, beloved father, husband, son and brother, died on October 17, 2020 from injuries sustained in an ATV accident in Bigfork, Montana. Ron was born in Missoula, Montana on January 27, 1967, the fifth of seven children of Eugene and JoAnn Hertz. He grew up in Missoula, graduating from Hellgate High School in 1984. He then served with distinction in the United States Navy, where he was stationed in Hawaii and served aboard the USS Badger. Upon discharge from the Navy, Ron returned to Missoula and attended the University of Montana, graduating with high honors in 1994 with degrees in finance and accounting. He earned his Certified Public Accountant designation soon after. Ron spent more than five years as a public accountant for KPMG in Phoenix, Arizona before joining GoDaddy.com. He served a variety of roles there, including Corporate Controller and Chief Financial Officer. In 2016, he co-founded Bigfork Ventures, LLC, a venture capital firm focused on early stage technology startups, and served in a variety of Chef Financial Officer roles at portfolio companies NeoLight, LLC and Bigfork Technologies, LLC. Ron split his time between Scottsdale, Arizona and Swan Lake in Montana.

Ron married his wife, Karla Estabrook, in 2001, and together they have two children, Keegan and Tanner. Ron was passionate about his children. In addition, he enjoyed their cats Mason and Muffins, the Boston Red Sox, wake surfing, real estate and investing. Ron is preceded in death by his father, Eugene J. Hertz, and his beloved mother in law, Claudette Estabrook. He is survived by his wife Karla, their two children Keegan and Tanner Hertz, his mother JoAnn Hertz, his father in law Dale Estabrook, his big brothers Rodney and Raymond Hertz, and his sisters Judy (Dave) Sackett, Janet (Mike) MacDonald, Jolene (Dave) Silveira and Jennifer Hertz (Josh Cummings), as well as many nieces and nephews.

Arrangements are being made by Garden City Funeral Home, 1705 W. Broadway, Missoula, Montana. A memorial service will be held at Christ the King Church, 1400 Gerald Avenue, in Missoula, Montana, on Friday, October 23, 2020 at 1:00 p.m. A memorial service will be held in Phoenix, Arizona at a later date. In lieu of flowers, the family asks that a donation be made to Foothills Animal Rescue, 10197 E. Bell Road, Scottsdale, Arizona 85260.

The memorial service on Friday, October 23 will be live streamed through


Published by The Arizona Republic from Oct. 21 to Oct. 22, 2020.
To plant trees in memory, please visit the Sympathy Store.
MEMORIAL EVENTS
Oct
23
Memorial service
1:00p.m.
Christ the King Church,
1400 Gerald Avenue, Missoula, MT
Funeral services provided by:
Garden City Funeral Home
MAKE A DONATION
MEMORIES & CONDOLENCES
Sponsored by Garden City Funeral Home.
2 Entries
I am so sadden by this news and truly sorry for your loss. Ron was my leader at GoDaddy during my time there from 2010 - 2013, and had so much fun laughing! He had a tremendous sense of humor. He absolutely adored his family and I know you must be devastated at the loss. Best wishes to you.
Deborah Piacitelli
Coworker
June 18, 2021
so very saddened to hear of Ron’s passing. Ron was one of my first friends when I moved to AZ in ‘96. spent many weekends listening to music and hanging out in the pool on Secretariat with Jeannie and Alan his roomies at the time. Though we all went our separate ways when we got married and had our own families I always had wonderful memories of our friendship.
My deepest condolences to Karla, Tanner and Keegan will keep you all in our prayers through this most difficult time.
rip little Ron you will be missed.
Jennifer kirk roper
Friend
November 7, 2020
Showing 1 - 2 of 2 results