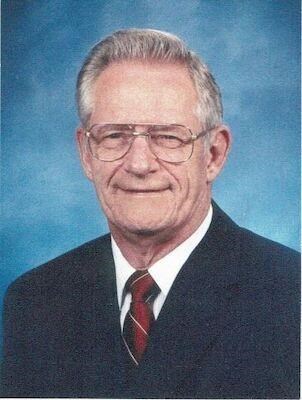 Chandler - Tom R. Huffman, peacefully passed on Saturday, June 5th, 2021, in Chandler, Arizona, joining his Savior Jesus Christ and many loved ones in heaven. Tom was born in Zincville, Oklahoma on March 22, 1929. He is survived by his two daughters, Linda Huffman, and Carol Johnson, one son Douglas Huffman and grandchildren: Sarah Richardson, James Snyder, Matthew, and Jenna Johnson.

Tom graduated from High School in Sarcoxie, Missouri in 1947. He served four years in the U.S. Navy on the Aircraft Carrier - USS BOXER during the Korean War. He married his wife Marilyn Cusic in Topeka, Kansas on September 13th, 1953. They resided in Denver, Colorado for four years, where he graduated from the University of Denver in 1957 with a degree in Electrical Engineering. From 1957 to 1959 he received excellent training in Semiconductor Technology at RCA in Somerville, New Jersey. He then joined Motorola Inc and moved the family to Phoenix, Arizona in 1959, beginning a thirty-year vocation in Semiconductor Technology which he loved. Tom retired from Motorola, Inc in November of 1989 and then in 1993 he and Marilyn relocated to Payson, Arizona to enjoy the cooler climate.

Tom combined his love of history and the Bible by graduating from Peoples Bible College in Scottsdale, Arizona with a diploma in "Biblical Studies" in 1982. He was then challenged to teach God's Holy Word and enjoyed a new vocation as "teacher" in various Bible Colleges for the next twenty-two years! He also directed a Bible Institute at the First Assembly of God in Payson for ten years.

A private family memorial service will be held for Tom at a later date. Interment will at the Veterans Memorial Cemetery, Cave Creek, Arizona alongside his loving wife of 64 years -Marilyn Huffman.

Published by The Arizona Republic from Jun. 9 to Jun. 13, 2021.
To plant trees in memory, please visit our Sympathy Store.
MEMORIAL EVENTS
To offer your sympathy during this difficult time, you can now have memorial trees planted in a National Forest in memory of your loved one.
Funeral services provided by:
Messinger Mortuaries
MAKE A DONATION
MEMORIES & CONDOLENCES
Sponsored by Messinger Mortuaries Indian School Mortuary.
2 Entries
He was a very smart gentle soul! I knew him while working at 52nd St and we got along great! God Bless you Tom and your family.
Art Sanera
Coworker
June 14, 2021
As the days and weeks pass, and as you return to life's routine, may you continue to feel comforted by the love and support of family and friends.
June 11, 2021
Showing 1 - 2 of 2 results