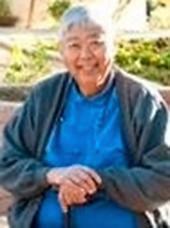 Your father was a bright spot here at Friendship Village. He had many friends, and we will all miss him. He shared his musical talents with all of us and was most happy when he was performing. Our sympathy and prayers are with you at this sad time--just remember all your happy times together.

John and Shirley Lester
Friendship Village Tempe
John and Shirley Lester
January 22, 2016
Warren was an active member of three ukulele groups (SIUB, BGO and Strummers). He was always enthusiastic playing new chords and singing. He was always the first one there. We would drive-up and Warren would be eating his breakfast sandwich in his car even before they opened the senior center. We love him and will miss him. Ralph and Nancy Lunt
Nancy & Ralph Lunt
January 21, 2016
May your days in heaven be touched by a bit of Irish luck, brightened by a song in your heart, and warmed by the smiles of the people you love.
Wayne Ford
January 21, 2016
I'll miss my big hunka hunka burning love. May the light of heaven shine on your grave.

Colleen Ford
January 21, 2016
Warren was a special friend in our Ukulele group (SIUB). Always a gifted soloist and kamaina to all of us. He will be missed. May you feast on the peace and rewards of our Lord in heaven.
Matt & Lou Kramer
January 21, 2016
May God bless you and your family in this time of sorrow.
"Days of my compulsory labor" Job 14:14,15
January 19, 2016
I'm so sorry for your loss. May the words of our dear heavenly Father bring you comfort and hope. (Psalm 9:9,10)
January 19, 2016
Michelle, Lauren, Aunt Billie, Gary and Jeannie,
We are so sad and taken off guard to hear about Warren's passing.
Never would have thought Thanksgiving would be the last time
we would see him on earth. We are so glad he is a believer in Christ
and is now with Diane and Uncle Soon in heaven.
The pictures are great, and the memories are precious. We will
see him again.
Our love and prayers,
Marshall, Jeanette and Mark
Marshall Ong
January 18, 2016
So very sorry to hear of Brother Warrens passing. He was a dear sweet person. I will miss him, but I am thankful that we can see each other again in Heaven one day. I can imagine him playing his ukulele in Heaven. My condolences and heartfelt sympathy to the whole family. javascript:void(0);
Cammie
January 15, 2016
We want to express our deepest sympathy to Lauren & Michelle and all of Warren's extended family. He was a dear friend, so personable and fun to be around. We so enjoyed our time with Warren in Scottsdale Strummers and many lunches and performances together. We will deeply miss him.
Alonna & Mark Randall
January 15, 2016
So sorry for your loss LK anything you need just holla love ya
Tim
January 15, 2016
So sad. So thankful for memories. Your Dad is making music 'over the rainbow' for your Mom and our Angels. Love, Judy
Judy Yokoyama
January 15, 2016
We are all so sad that Warren is no longer with us. Eva keeps asking us if he can still be her boyfriend (which he suggested at Thanksgiving, ha!), to which we've said of course. He was always friendly, funny, and full of life. Much love to you all always.
Brian, Kassandra, Lily & Eva Weleck
January 15, 2016
I am so sorry to hear about the loss of your Dad. Please let me know if there's anything I can do.
Bea Stam
January 13, 2016
Showing 1 - 14 of 14 results