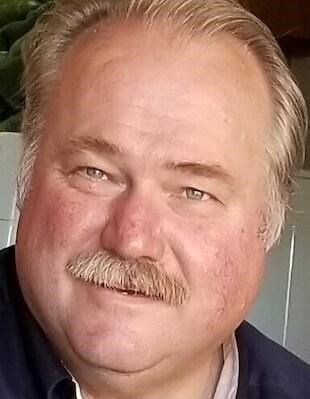 Scottsdale - William Jennings Bryan of Scottsdale AZ left us on June 24, 2021 after a long fight with brain cancer. His gift of gab, generosity, and love of telling stories will be fondly remembered by all who knew him. William was born at Ft. Campbell KY October 24, 1964 to Shirley Wright Bryan and Army SSG Walter Rowe Bryan. His father died in an accident in 1968, and William and his siblings were raised by Shirley in Clarksville, TN. William was always coming up with new ideas for starting a business - from raising chickens to sell the eggs and a yard maintenance company while a teenager, to driving semi-trucks cross country for Atlas Van Lines and Landstar, to his company in Denver which picked up and moved vehicles for leasing companies, and he also worked in the food distribution industry in Denver. He lived in Denver for over 15 years. William did property maintenance for several property management firms in Clarksville TN and then again in the Phoenix area when he moved back to Scottsdale in 2013.

William is survived by his partner, Donna H. Brandsey, his many friends, and 3 siblings: Walter Bryan (Julia) and their 2 children and 2 grandchildren, Joann Bullock and her 3 children, and Judy Riggins (Bobby) and her son. He has numerous cousins scattered in Michigan, Alabama, Florida and other parts of the country where he could pop in for lunch or dinner when his travels took him nearby. Shirley Bryan predeceased him in January of this year and due to the COVID-19 closures services were postponed. She was interred with her husband at Fort Donelson National Cemetery in Dover TN.

William loved to entertain and was renowned for his grilling and smoking skills. He loved to go off-roading with ATVs and taking off on motorcycle rides with friends. Even after he became sick he wanted to home-brew beer and do a deep sea fishing charter. We will miss him and the good times.

There will be a joint memorial service in Clarksville TN on July 16, 2021 for Shirley and William. Family and friends are invited to come, share lunch, and share their stories and memories of William and Shirley. Near Ft. Campbell KY, at 12 pm, the meeting room at The Sleep Inn & Suites, Oak Grove.

Donations to the American Brain Tumor Association might be considered in lieu of flowers.


Published by The Arizona Republic from Jul. 4 to Jul. 11, 2021.
To plant trees in memory, please visit our Sympathy Store.
MEMORIAL EVENTS
Jul
16
Memorial service
12:00p.m.
meeting room at The Sleep Inn & Suites
Oak Grove, KY
MAKE A DONATION
MEMORIES & CONDOLENCES
0 Entries
Be the first to post a memory or condolences.