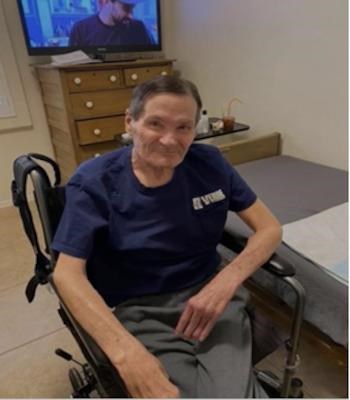 William Michael (Bill) Dudley passed away on June 27, 2021, from natural causes at the age of 68. Bill was born May 15, 1953, in Prescott, AZ, the fourth of six children. In 1954 his family moved to Phoenix, and he spent the rest of his life there. He attended Madison #2 elementary, where he excelled in sports. He held the record for the 50 yard dash and was a two time all-star playing Pony League Baseball. He went on to graduate from Camelback High School in 1971.

In 1973, Bill married Susan Bodell and they had two daughters, Danielle and Nicole, of whom Bill has always been proud. Bill was always known as a tireless worker. He worked for Kaufman and Broad Manufactured Homes in his younger years and spent his last 28 working years as a production foreman for Verde Industries. Bill is preceded in death by his father, Robert; mother, Millie; and a brother, Jim. He is survived by his daughters Danielle and Nicole; their mother Susan; brothers Rusty, Mark, and Greg; sisters Bette and Peggy and two grandchildren, Hayden and Alyssa. Bill had a lifetime love affair with the game of golf and spent many weekends on the course. His family will miss his wry sense of humor and trademark sinister smile. He spent the final year of his life at First Choice Assisted Living, to whom the family is forever grateful. A gathering of family and friends, to celebrate Bill's life, will be held on July 25, 2021, from 1PM to 3PM at Aunt Chiladas Restaurant, 7320 N. Dreamy Draw. In lieu of flowers, please donate to Hospice of the Valley


Published by The Arizona Republic from Jul. 7 to Jul. 18, 2021.
To plant trees in memory, please visit our Sympathy Store.
MEMORIAL EVENTS
To offer your sympathy during this difficult time, you can now have memorial trees planted in a National Forest in memory of your loved one.
MAKE A DONATION
MEMORIES & CONDOLENCES
2 Entries
Thinking of you in this time of sadness. Wishing you peace through all your wonderful memories of Bill.
Marsha Soberg Aldrich
School
July 19, 2021
So sad to hear about Bill's passing. We grew up together. We played sports together. We had a great relationship. My condolences to the entire family.
Micah Popa
School
July 18, 2021
Showing 1 - 2 of 2 results