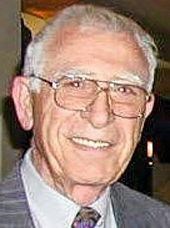 Rein, William G.
1919-2014, William G. Rein, 94, of Phoenix, Arizona passed away peacefully on August 9, 2014. He was born on November 14, 1919 in Budapest, Hungary. He is survived by his son Mark who lives in Scottsdale, his daughter Stephanie, who lives in Denver and her two children, Christina and Brandon. In the mid 1920's he immigrated with his mother to Windsor, Ontario, Canada. Shortly thereafter he moved to New York where he attended grade school and New Utrecht High School in Brooklyn. He then attended Radio Institute of New York, a school specializing in TV broadcasting. After one year there, war broke out and he enlisted in the army. He soon became a corporal doing military intelligence work in Mississippi. He then became a communications sergeant in the 65th Infantry Division and was sent to France and was involved in the Battle of the Bulge. After a short break at a base in France, he was reassigned with the 869th Field Artillery Battalion. In 1945, he was a passenger in a military jeep that went over an embankment and rolled. He sustained a broken back in this incident, an injury that bothered him throughout his life. After some time in a hospital in France, he was transferred to Percy Jones General Hospital, a wartime hospital in Battle Creek, Michigan. Upon his release he went to Detroit to join his mother but because of the cold weather that bothered his back, he headed west. On his way to California, he was persuaded to detour to Mexico City, where he stayed for a year attending Mexico City College and writing for a Mexican English newspaper. He then moved to Los Angeles, where he worked for a construction company. Within months, the damp air bothered his back so he transferred to their Phoenix office. After a year, he got his general contractor's license and started Sun Valley Construction and Sun Valley Pools. He later sold the pool company that went on to become one of the large pool builders in Phoenix. His successful construction company built many apartment buildings, townhouse subdivisions and custom homes. In 1957, he met and married Maxine Tarring who was a resident in the apartment complex where he also lived. In 1959, their son Mark was born and in 1962 their daughter Stephanie was born. In 1974, he and Maxine divorced and he never remarried. Bill, as his friends called him, was very artistic and expressed it writing songs and constantly sketching. He was well known for his "napkin art". As soon as he sat down in a restaurant, if there were paper napkins, he would be sketching. He always had a pen and a stack of his doodles in his pocket. Bill was extremely generous and supported a number of charities. The ones related to veterans were his favorite. If his huge stacks of mail were any indication, he was on the hit list for solicitation from dozens of charities. Bill was always the one to volunteer to sit in front of a grocery store on Veteran's and Memorial Days selling items to benefit veterans. His pet projects were collecting donations for a battered women's home and a veteran's shelter. Bill was also always willing to help out a friend in need. He was active with the Biltmore Lion's Club until his health prevented him from participating. For many years, Bill almost single handedly produced newsletters for both his local AARP and Jewish War Veterans chapters. He did this until he was over 90 years old and was upset when his health would not allow him to do it anymore. Bill was extremely active, loved his regular breakfasts and lunches with friends, working on his real estate deals and was still driving until he was 90. Bill loved living and his goal was to make it to 100. A week before his death, his nurse asked him if he was ready for hospice and he asked, "Are you giving up on me? Don't you think I will make it to 100?" He battled until the very end, never wanting to give up, but finally his body just gave out on him. A funeral service is planned at the National Memorial Cemetery of Arizona, 23029 N. Cave Creek Rd., Phoenix, AZ at 10:30 AM on Monday, August 18, 2014. Instead of flowers, the family requests that donations be made to the Disabled American Veterans (www.dav.org) or Jewish War Veterans (www.jwv.org). A guest book will be set up on www.Legacy.com.

Published by The Arizona Republic from Aug. 13 to Aug. 15, 2014.
To plant trees in memory, please visit the Sympathy Store.
MEMORIAL EVENTS
To offer your sympathy during this difficult time, you can now have memorial trees planted in a National Forest in memory of your loved one.
MAKE A DONATION
MEMORIES & CONDOLENCES
Sponsored by anonymous.
31 Entries
Mark, Stephanie, and Maxine, Think of all of you quite often. Seems like yesterday Bill passed away. With every passing day, now confirms that I am so fortunate to have lived during the best of times especially with the memories of the Bill Rein family. Would love to see all of you again sometime soon.
Tom Risk
Friend
August 7, 2021
Can't believe it's been 6 years since Bill's passing. Great memories of Bill and his family bring happiness and sadness at the same time. Glad Bill and his family were part of my life. Best to Mark, Stephanie , their children, and their mom Maxine
Tom Risk
Neighbor
August 7, 2020 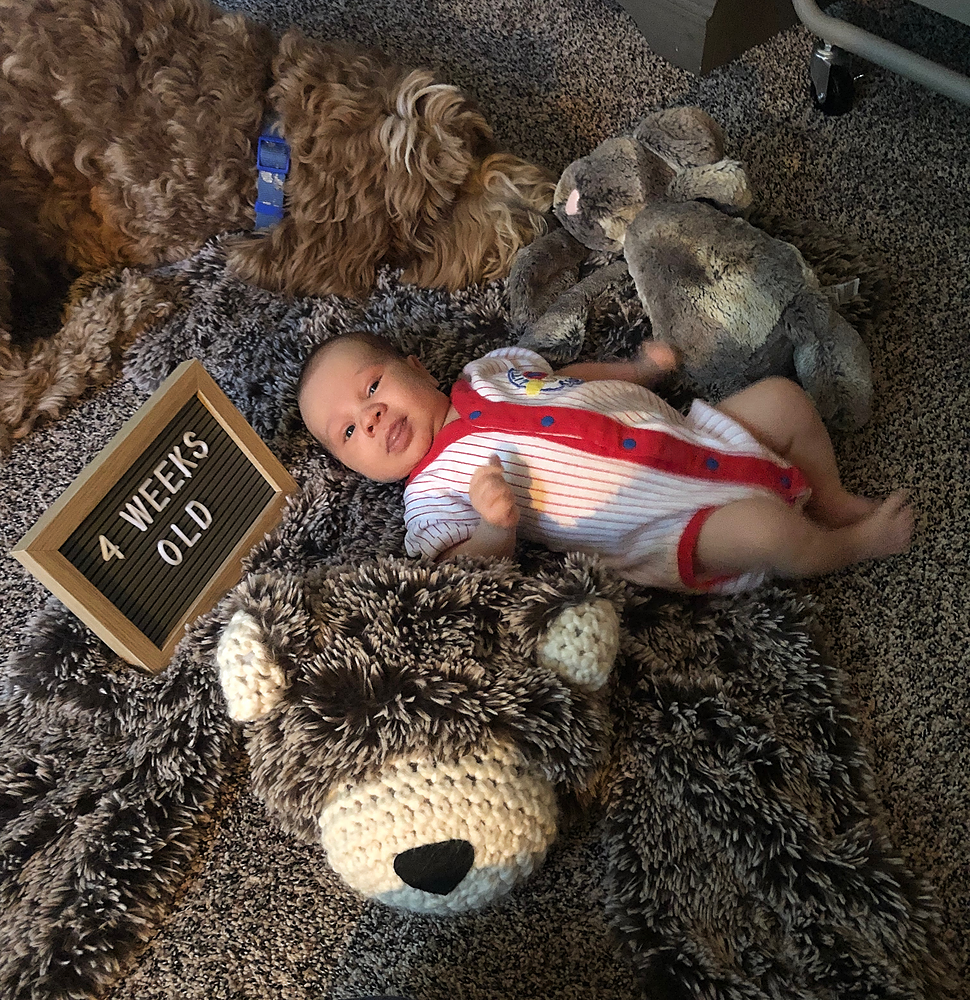 Can't believe it's been 5 years - still miss you and tear up when I think of you! You loved your grandkids and I know you would have been crazy over your great grandson Levi - who is now 4 weeks old. Will try to spoil him like you lovingly spoiled the kids! You are always close by in my heart - love you dad! 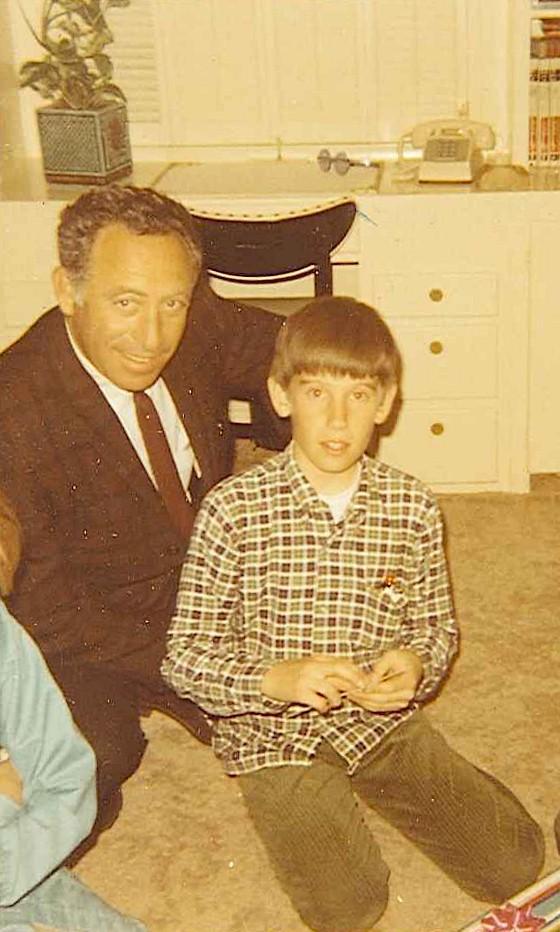 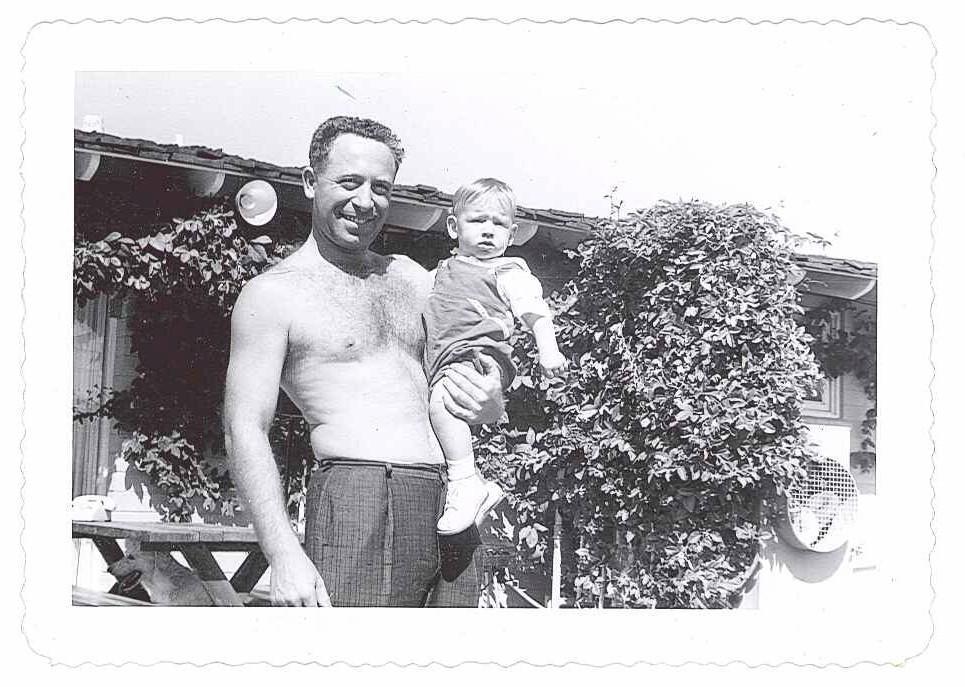 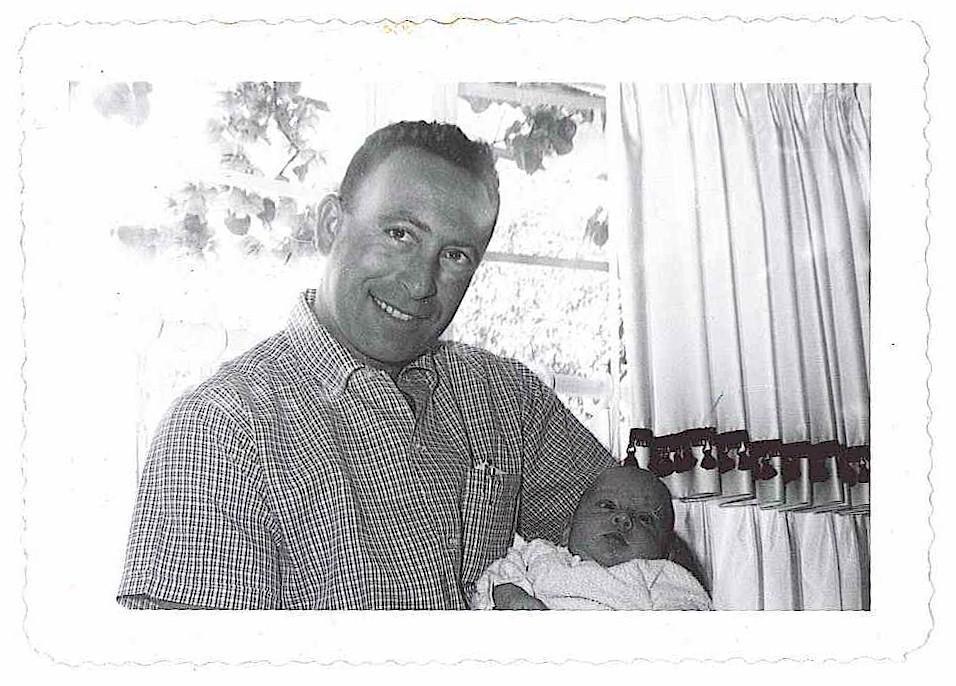 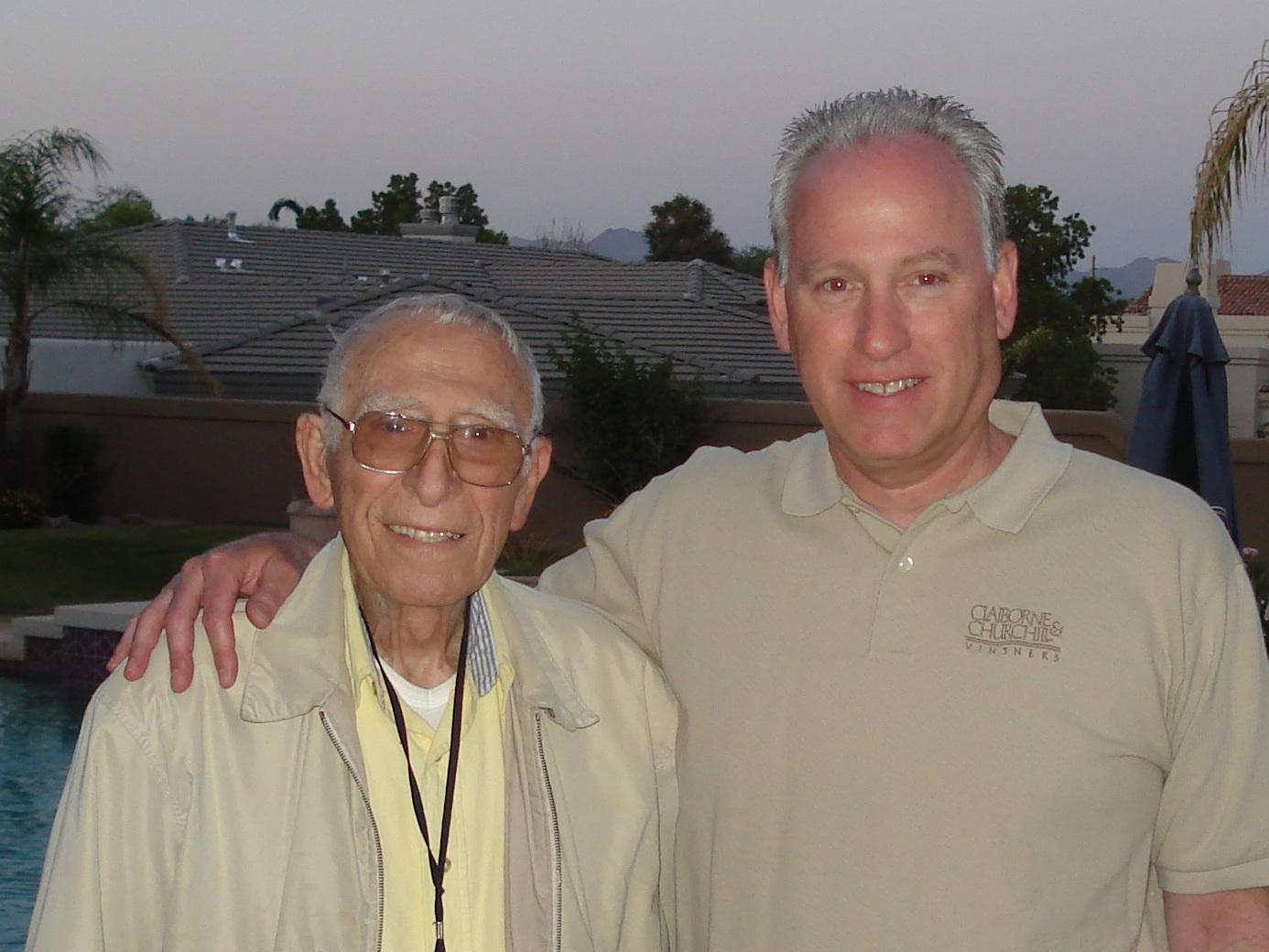 How Do You Say Goodbye?

How do you say goodbye to a man that was there for your first breath and you were there for his last, who held you in his arms at the beginning of your life and whose hand you held at the end of his?

As a child, he was my provider, protector and even enforcer. As a teenager he was my free spirited guide. As a young man he was my mentor and inspiration. As an adult he was my friend. He always gave me the space to learn and the guidance to excel.

He was a man that was quick with a joke and usually had a gift in his hand when he came to see you, even if it was just a magazine. He was always giving. He was the safety net that gave me the confidence to take risks that lead to future successes. With him there I never stumbled.

How do you say goodbye to a man that made all your wishes come true, who spoiled you and made sure you had everything you needed and most of what you wanted.

To the veterans and battered women's shelters, he donated his time, money and things he could round up for them that he knew they needed. He supported many charities and frequently wrote a check just because they asked or he received a letter.

He was a good man that positively impacted many lives, built their homes, made people thankful for his generosity and made people laugh. He charmed people with his charisma and artistic skills. He was so proud of the newsletters he produced for many years for the local Jewish War Veterans and AARP chapters. He enjoyed being a member of the Biltmore Lions Club.

He rarely talked of it but he was also proud of his service to his country in World War II. His picture in battle fatigues, a rifle lying across his lap, a grenade hooked to his chest and a helmet on his head was a constant reminder of a difficult time in his life where he came home and many of his friends did not.

How do you say goodbye to a man you spent every Christmas with, played hundreds if not thousands of games of backgammon and was there for every important event in your life.

How do you say goodbye to your father?

I say… goodbye for now old friend. I hope I will see you again someday. I love you.
Mark Rein
August 20, 2014
My sympathy goes out to the family during your time of grief. May God's loving-kindness comfort you and help you through this difficult time. (Psalm 119:50,76)
August 15, 2014
My heart is so saddened to learn of Bill's passing. We lived across the street from Bill and Maxine on Pasadena Avenue. Will never forget how he was such a proud and happy father and how he loved to surprise Mark and Stephanie with Christmas gifts. He would store them at our home until Christmas morning. Although I haven't seen Bill, Mark and Stephanie for a long time, they will always be vivid in my memory. Bill left a wonderful legacy with Mark and Stephanie who he loved so much. I will always cherish the memories of Bill, Mark and Stephanie. Bill will always be one of my favorites.

Tom Risk
August 14, 2014
One of the great lights of my life. I will never forget you Bill.
Cathy Mastrangelo
August 14, 2014
So sorry to hear of the loss of one of my greatest friends ever. He was not only my Broker when I sold real estate, but one of the great loves of my life. His children were definately the greatest loves of his life, and I enjoyed knowing Mark & Stephanie when they were teenagers. I still have every Christmas card Bill sent every year for the last 35+ years, because his sentiments always meant so much to me. I also treasure his "napkin art" and have it framed. Other gifts & momentos given to me by Bill are all on display in various places here at home. Thank you Mark for fulfilling your Dad's wishes to let me know of his passing. That was so kind of you and I appreciate it. What a wonderful human being Bill was, will be remembered by all who knew & loved him. RIP My Dear Friend.
Cathy Mastrangelo
August 14, 2014
Bill, Always enjoyed your visits to our Office at Arizona Title/First American Title, Breakfasts of long ago, introduction to your Son Mark and many, many shared stories, journey on sharing the same at your next stop.
Rhoda Hart/Marohnic
August 14, 2014
Dad, you will be missed. Your stories, your wisdom and your humor and just who you were. You always had a smile and a hug for me. I love you so much and feel the void.
Lenore Stanfield
August 13, 2014 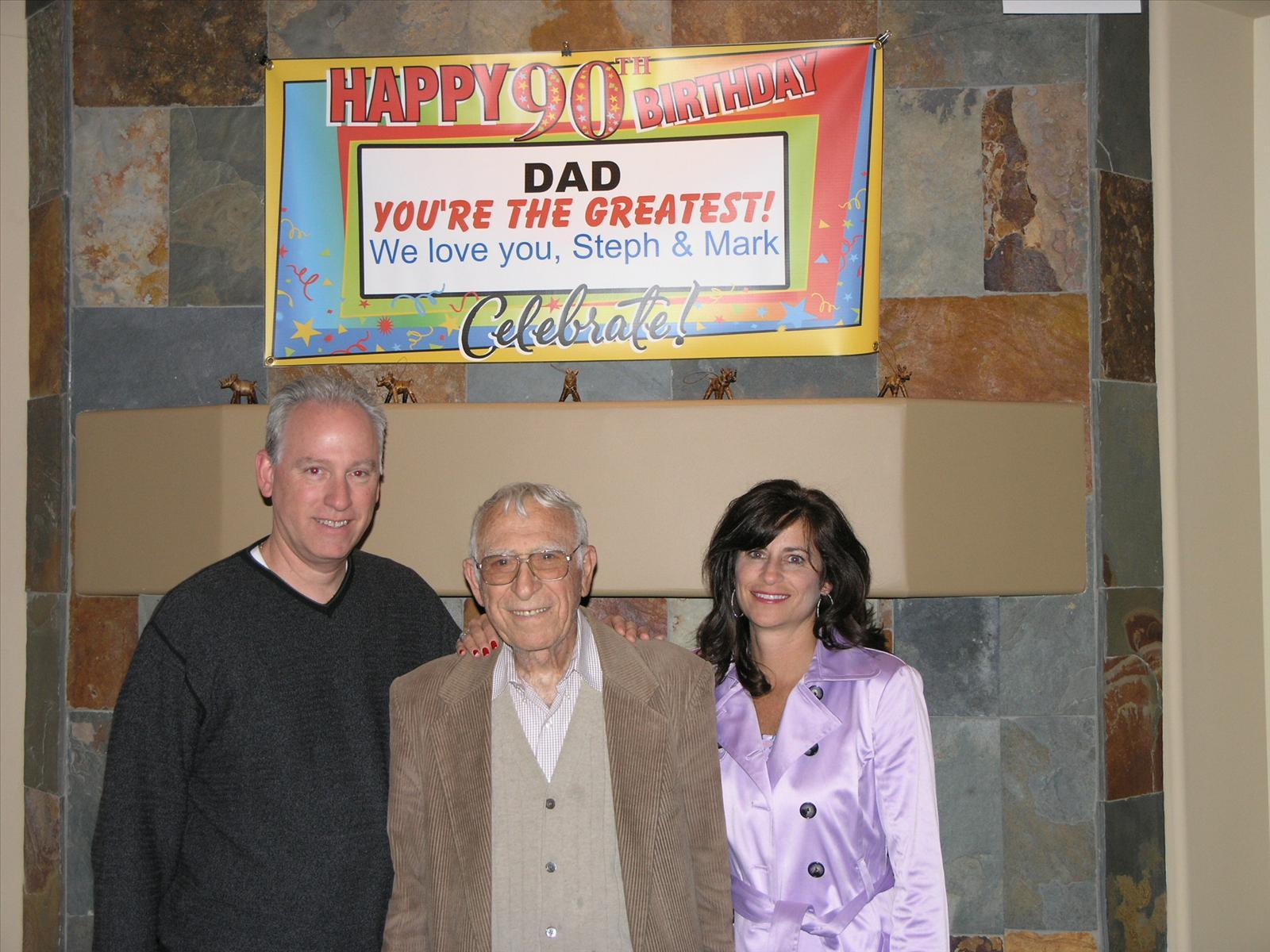 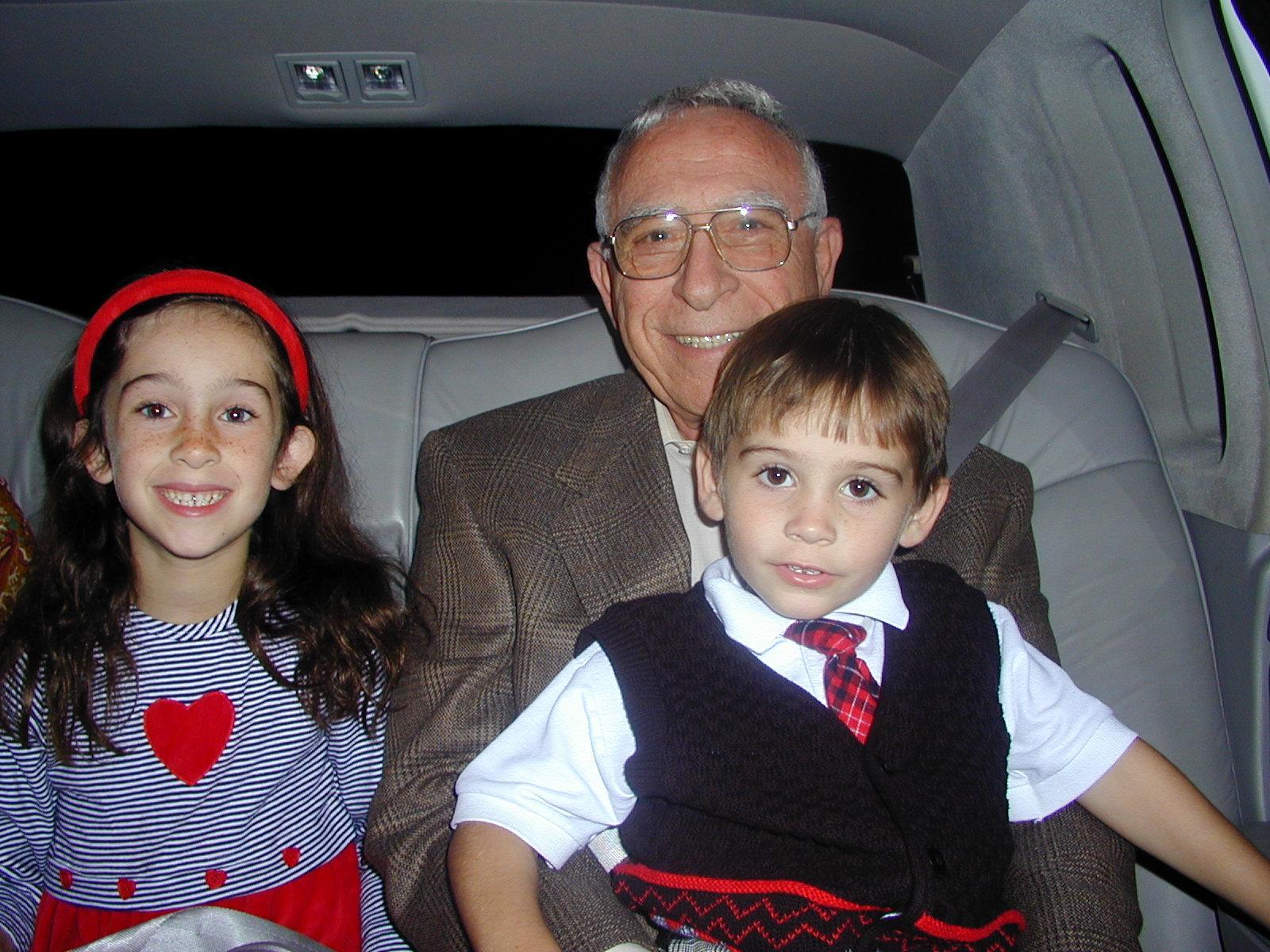 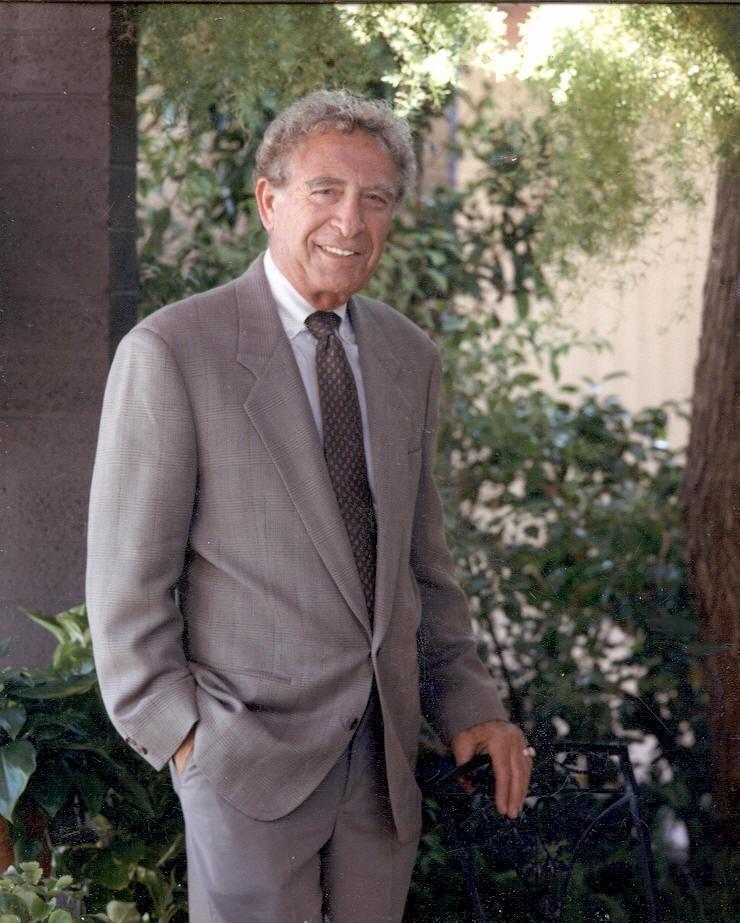 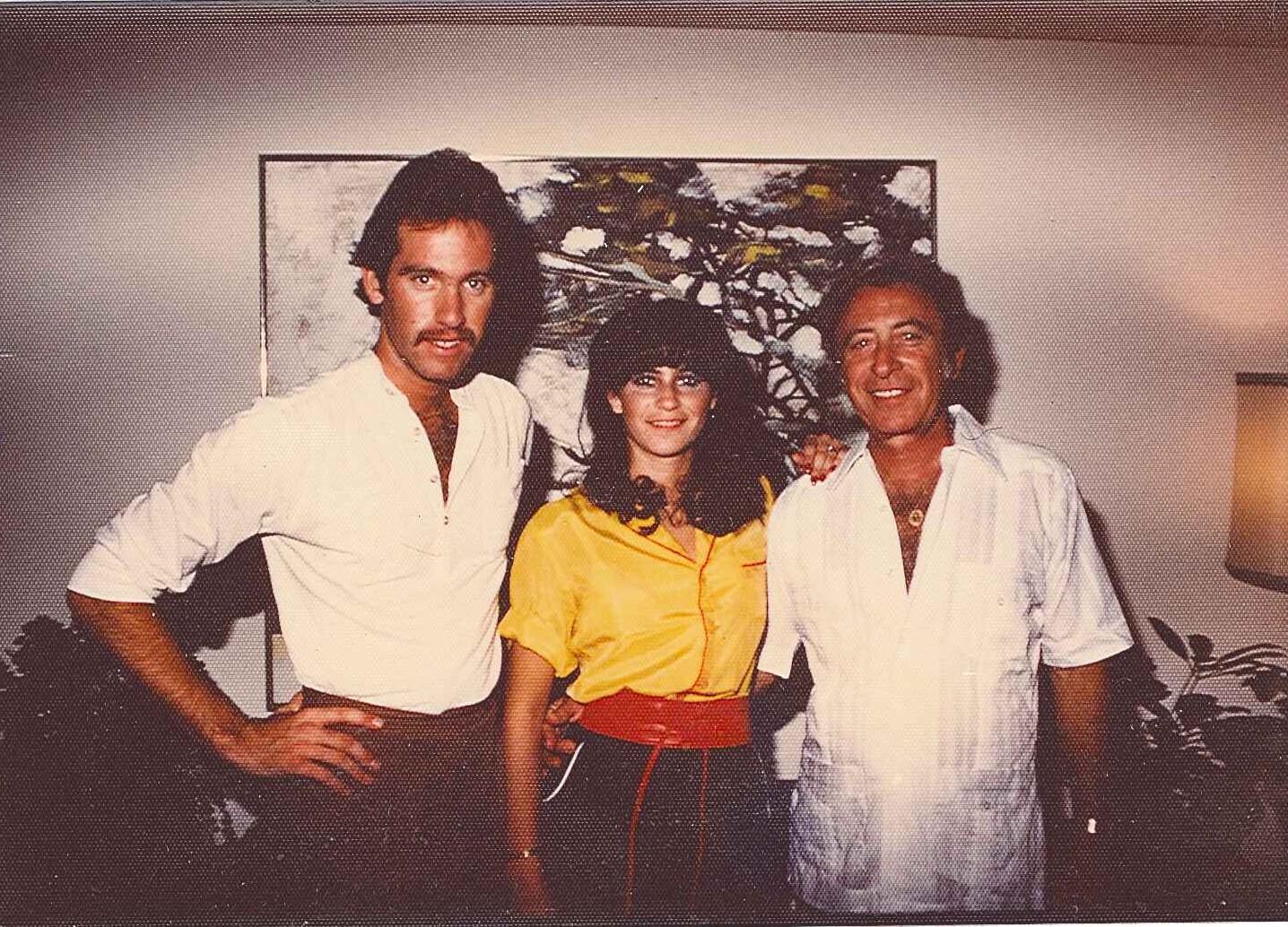 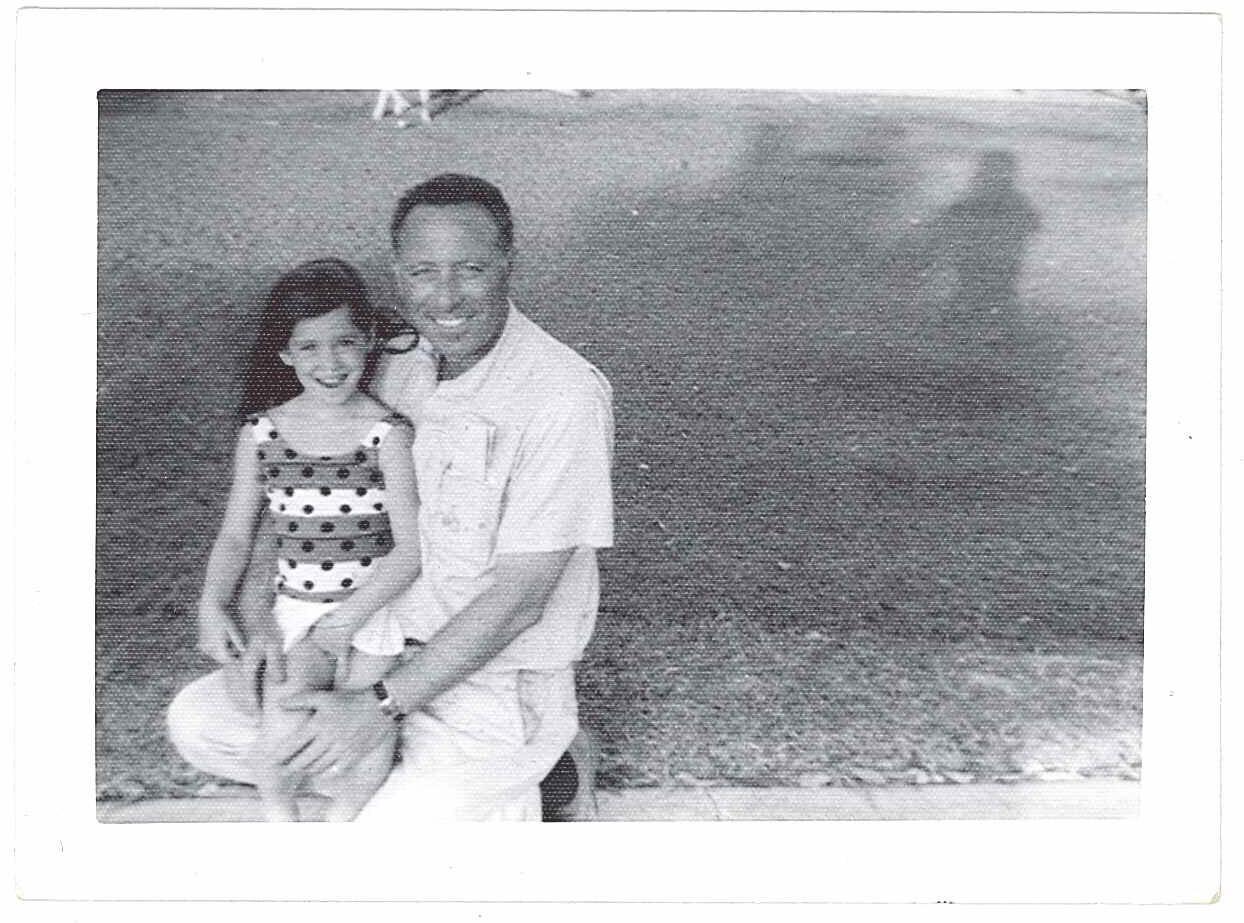 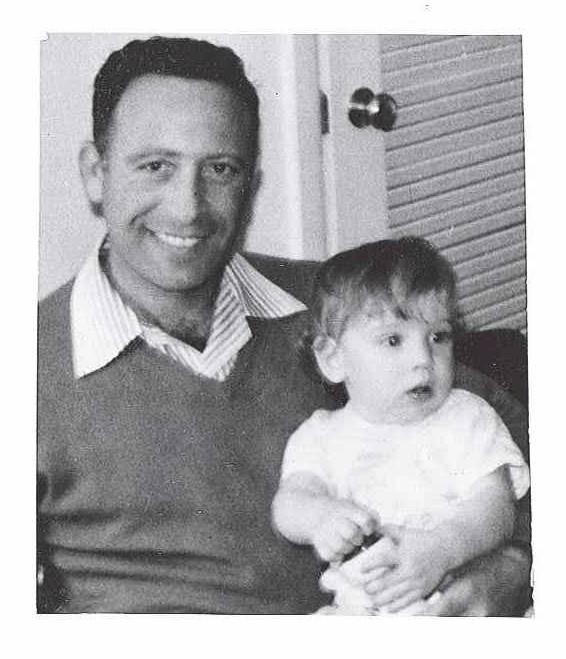 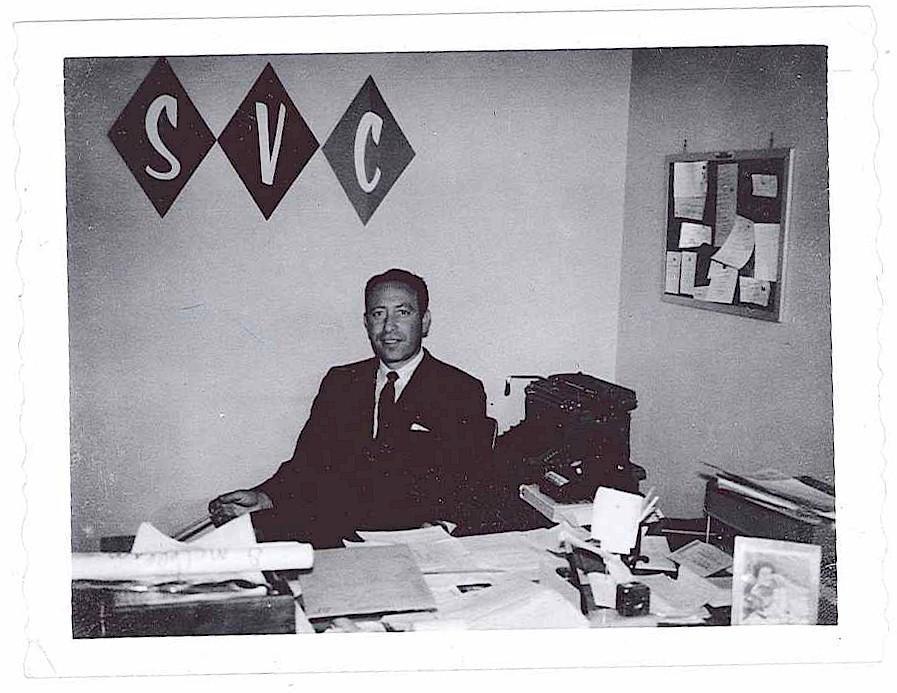 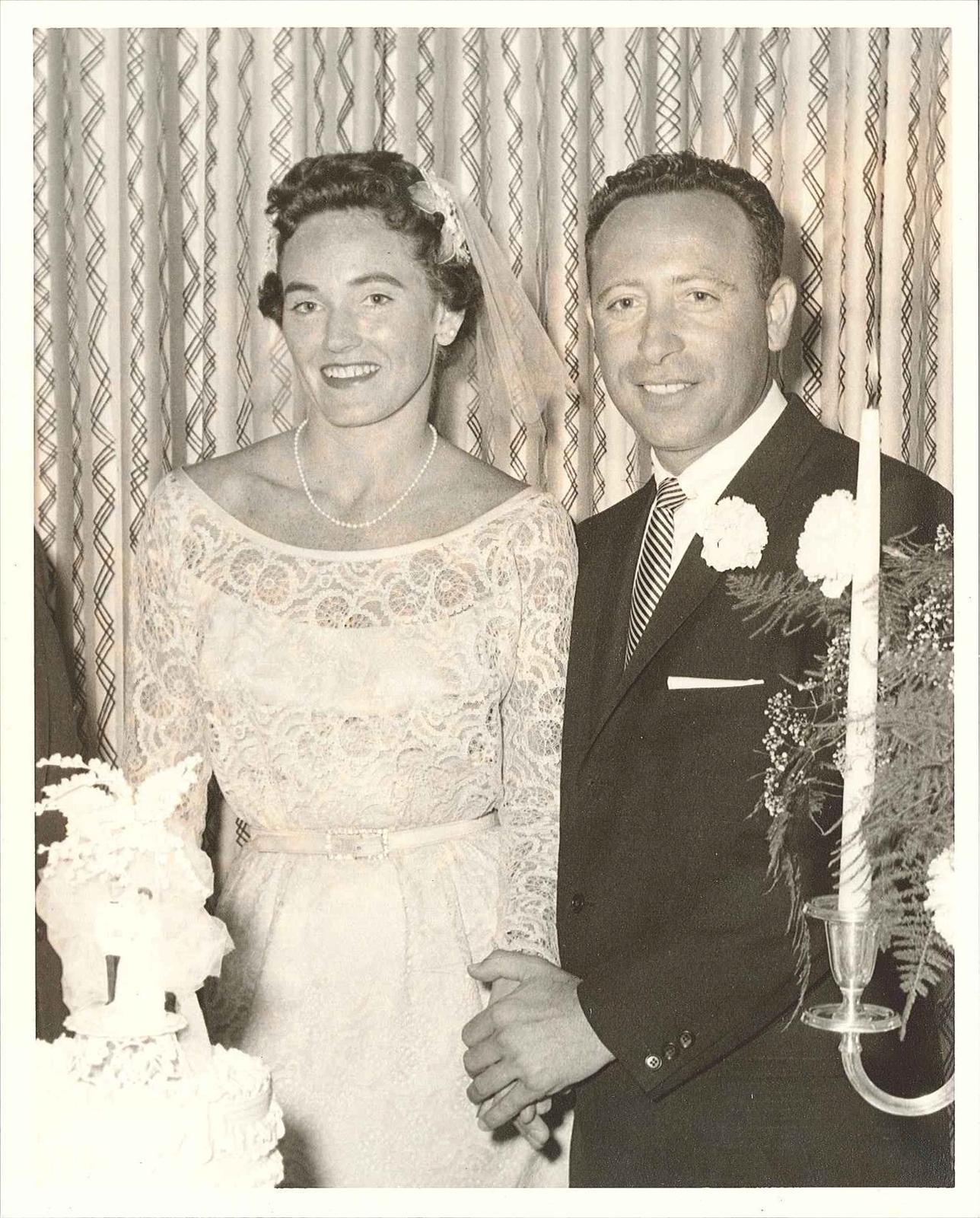 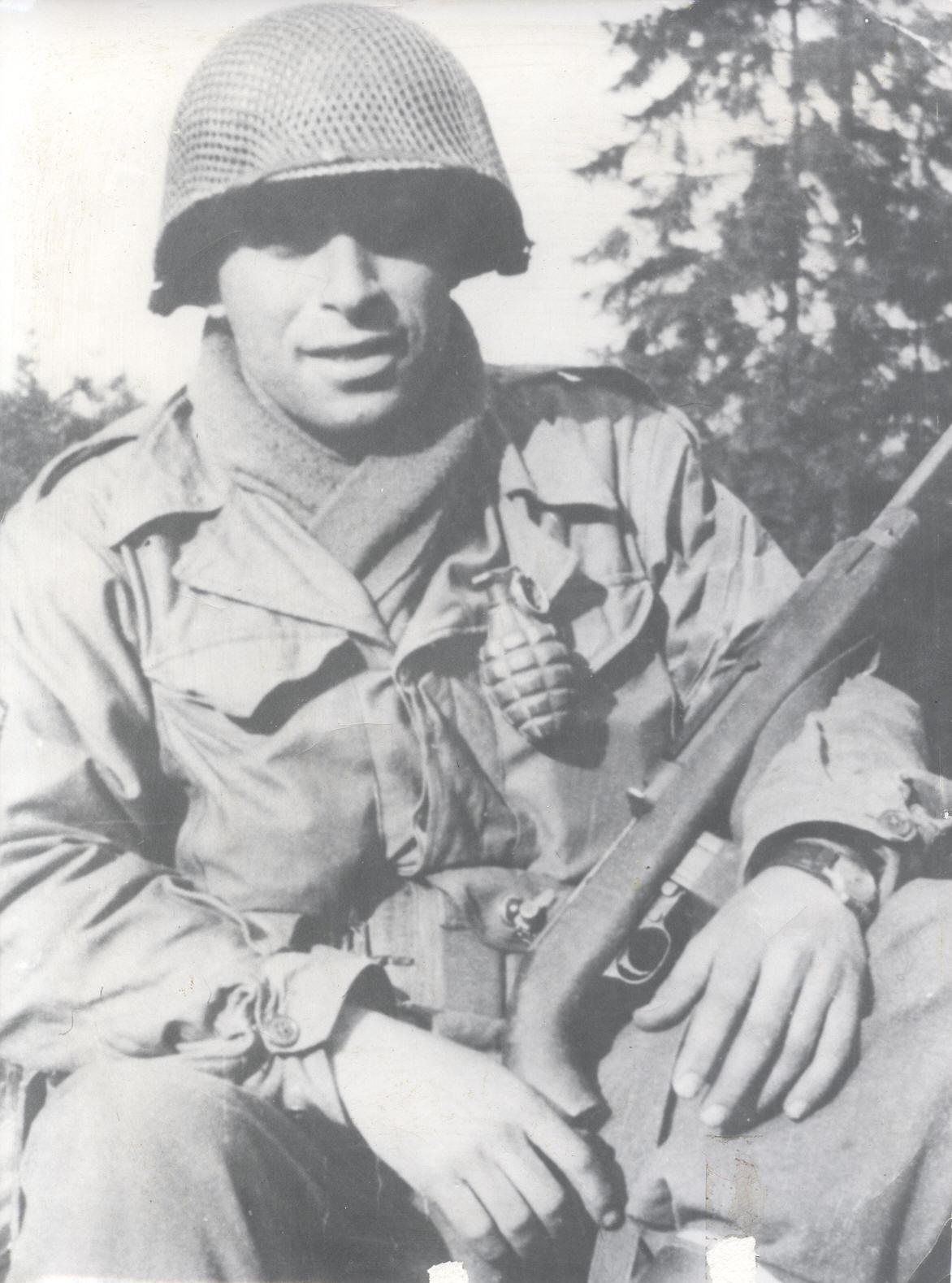 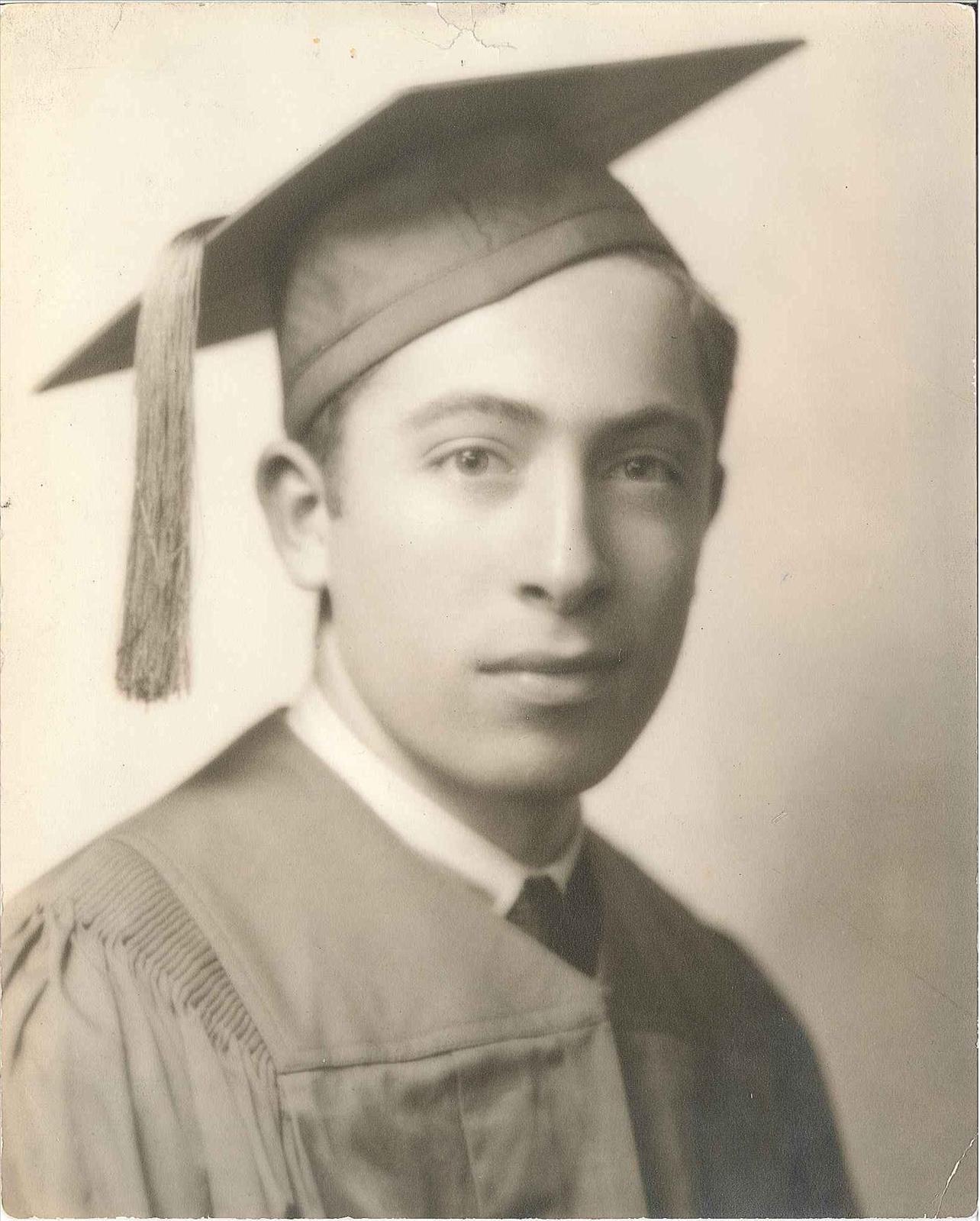 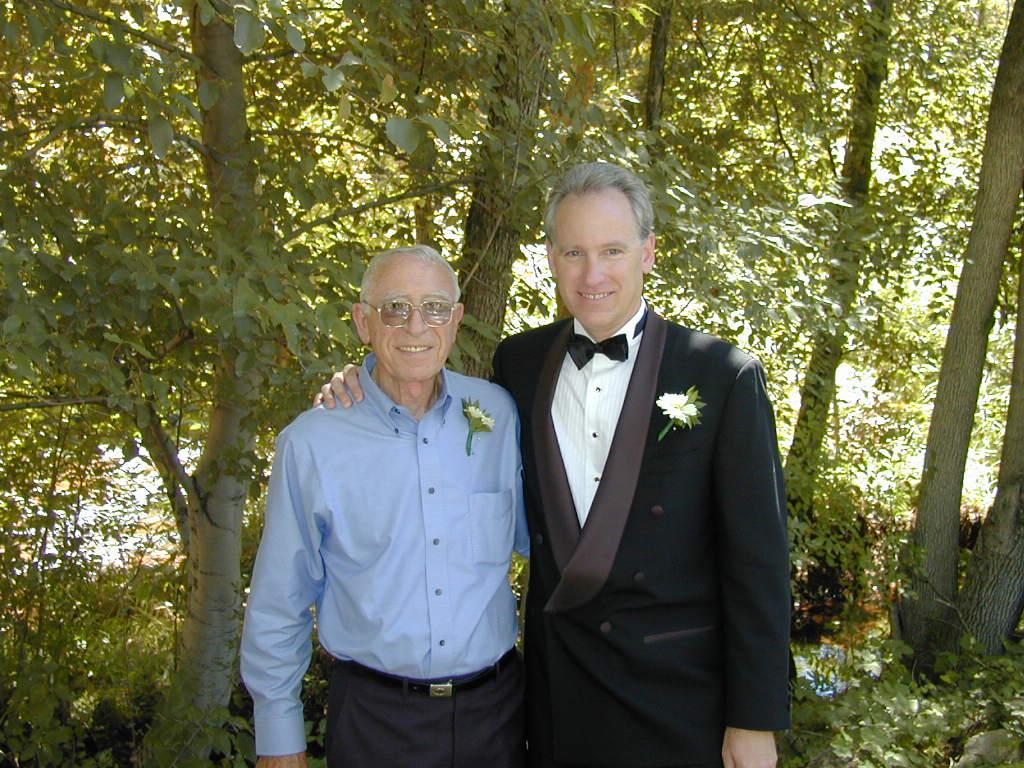 Dad, we love you and will miss you. Thanks for giving me a great life and teaching me the real estate business. You always guided me without telling me what to do and I appreciated that. You taught me the importance of ethics and honesty. I was looking through all my old photos of you. We had some good times together. You were a great dad.
Mark Rein
August 13, 2014
Showing 1 - 31 of 31 results