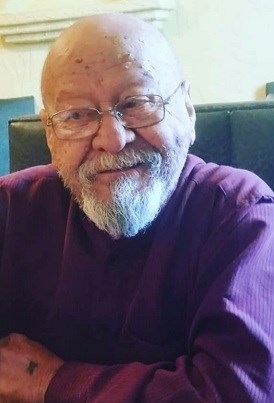 Alfred R. (Freddy) Diaz 80 passed away in his home on May 6th, 2021 after a long battle with cancer. He was born on July 18, 1940 to Thomas & Hilaria Diaz in Jerome, AZ. He was raised in Los Angeles, California until his teen years when the family moved to Flagstaff, AZ. Freddy joined the army in 1958 and was stationed at Ft. Ord in California.

On August 10, 1963 he married Virginia Elisa Valdovino. They started their family in Flagstaff. He moved the family to Bagdad, AZ where he worked at the Bagdad Copper Mine. Due to an injury he sustained at the mine the family moved to Page, AZ for him to recover where he worked part time at a local bar. The family then moved to Flagstaff when he secured a position with Pulliam Airport for several years. He was then hired on at Ralston Purina and worked there until his retirement. He remained in Flagstaff until the time of his death enjoying his family, playing the guitar, and singing with his brothers at family functions. He enjoyed his favorite football team the Pittsburgh Steelers to which he instilled in his children and his grandchildren cheering the team on. To this day you will see his kids and grandkids supporting the team their Dad and Tata loved.

He was preceded in death by his parents, his sister Jeannie (Diaz) Montoya, his brother Richard (Dickie) Diaz, and his children's beloved mother Virgie Diaz.