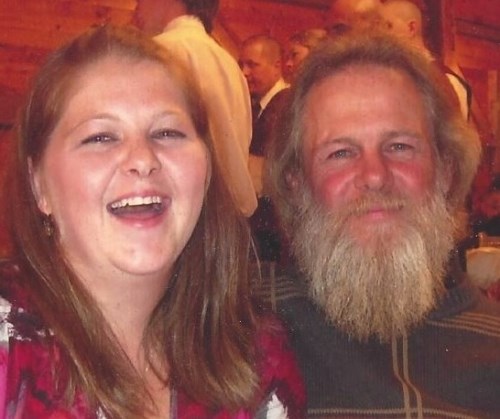 Archie B. "Eddie" Campbell III passed June 30, 2021 in Flagstaff, AZ. Archie was a brilliantly talented equipment operator and mechanic mentored by first his father, Archie Brian "Mike" Campbell, early in his life, and then later by his long-time employer Levi K. Ladd, of Loudon, NH. Eddie spent much of his adult life clearing, building, fixing, and carousing in his adopted home of Barnstead, NH. He spent his early days working with his dad and riding dirt bikes, horses and big Chevy trucks around his family homestead in Flagstaff, AZ with his beloved sister Marie, and their many friends. Eddie found a great calling in being a parent, alongside his former wife Kim Campbell, to their only child, Heather. Eddie could be reliably quoted as stating that his daughter was his best friend, and the accomplishment of which he was most proud. He also, later in life, reveled in his grandchildren, Owen and Avery. Eddie leaves behind many beloved relatives, including his daughter, Heather, her husband, Allen, and their children; his sister, Marie and her husband Paul and their children; his mother Jenny Taylor, and her husband, Mark, as well as his father, Mike Campbell, and his wife Sue Gail, along with more friends and extended family than could be counted. The family wishes to thank the Coconino County Sheriff's Dept. and the Flagstaff Police Department for their assistance. No calling hours will be held. Arrangements by Norvel Owens Mortuary, Flagstaff, AZ.

Published by Arizona Daily Sun on Jul. 10, 2021.
To plant trees in memory, please visit our Sympathy Store.
MEMORIAL EVENTS
To offer your sympathy during this difficult time, you can now have memorial trees planted in a National Forest in memory of your loved one.
Funeral services provided by:
Norvel Owens Mortuary - Flagstaff
MAKE A DONATION
MEMORIES & CONDOLENCES
Sponsored by Norvel Owens Mortuary - Flagstaff.
0 Entries
Be the first to post a memory or condolences.