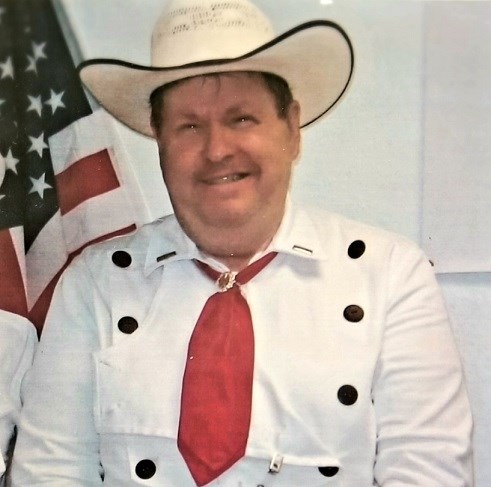 It is with great sadness that the family of Carter Lynn McKune announce his sudden passing on July 18th, 2021, in Casa Grande, AZ. Carter was born in Klamath Falls, Oregon to Wilmer E. "Jake" and Joyce A. (Pierce) McKune on April 19, 1951.

The family moved from Oregon to Flagstaff, AZ in January 1964 to help start up Jeld-Wen Window & Door manufacturing. Carter attended East Flagstaff Junior High then on to becoming a classmate for the "First" graduating class of Coconino High School. He attended Northern Arizona University and graduated with a bachelor's degree in Civil Engineering.

His jobs included millworker at Jeld-Wen in Flagstaff, drafting drainage culverts and gutters for the City of Holbrook, and in 1975, he moved to Payson, Arizona and started working for Arizona Department of Transportation. For a couple of years, he lived and worked in Globe, AZ. He was promoted up through time to become Civil Engineer in Casa Grande, AZ. He retired from ADOT after 40 years.

He enjoyed many hobbies and fun down time including morning coffee with fellow buddies, hunting with his rifle or bow with his brother-in-law, dad, brother's and even his niece. He enjoyed dressing up in his Western Rangers Heritage duds for security gigs, parades, and he even was an instructor for gun safety for youth. Carter was a member of the Eloy Masonite Lodge. Most recent, he started exploring the possibilities of beekeeping. He also had an extensive file on his family's genealogy.

Survived by his dad, Jake of Flagstaff; second wife, Patricia of Casa Grande; brothers, Calvin D of Maricopa, Mark S. of Tucson; Sister Cheryl K Lindquist (John) of Flagstaff; Daughters, Franceska Remick (Robert) of Tempe, Wendy Lynn of Illinois; stepdaughter, Lisa Marie Ralston of New Mexico; grandson, Jericho James; and various nieces and nephews though out the state. He had just learned that he had another grandchild on the way. Carter's mother passed away in 1999. Also deceased are grandparents Corwin W and Ruth I McKune, William Lee and Jennie O. Pierce.

A memorial will be held at a later date.

Published by Arizona Daily Sun on Aug. 3, 2021.
To plant trees in memory, please visit the Sympathy Store.
MEMORIAL EVENTS
To offer your sympathy during this difficult time, you can now have memorial trees planted in a National Forest in memory of your loved one.
MAKE A DONATION
MEMORIES & CONDOLENCES
0 Entries
Be the first to post a memory or condolences.