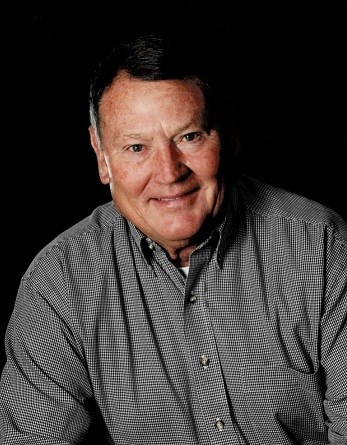 Ted began working for Valley National Bank immediately after high school. He married his high school sweetheart, Donna Rayner, in February of 1957. The family lived in Litchfield Park, Kearny, AZ and Show Low, AZ. After 18 years with Valley National Bank and working his way up to Branch Manager, Ted resigned and moved the family to Flagstaff in June of 1973. He co-founded Cal-Mat Lumber & Hardware, later renaming it to Northwoods Building Center. Knowing nothing about lumber and hardware at the time, he still managed to turn it into a very successful business, due to his banking career. Northwoods closed in 1998, and the family purchased AM-PM Towing & Auto Repair, owning it for two years. After that, he became a contractor, building many luxury homes in the Flagstaff area.

Ted and Donna enjoyed their many travels including trips to Hawaii, Europe, England, Ireland, Hong Kong, and a Panama Canal cruise. He enjoyed hunting, barbequing, wine tasting, and boating at Lake Powell. Ted and Donna celebrated their 64th wedding anniversary this February.

In lieu of flowers, donations may be made to Elks Lodge Flagstaff and Hospice Compassus.

Published by Arizona Daily Sun on Jul. 7, 2021.
To plant trees in memory, please visit our Sympathy Store.
MEMORIAL EVENTS
Aug
6
Memorial service
11:30a.m. - 3:30p.m.
The Elks Lodge
2101 N San Francisco St, Flagstaff, AZ
Funeral services provided by:
Norvel Owens Mortuary - Flagstaff
MAKE A DONATION
MEMORIES & CONDOLENCES
Sponsored by Norvel Owens Mortuary - Flagstaff.
1 Entry
My deepest sympathy to you all with the loss of Ted. I hope your memories of good times with family and friends comfort you. I've always appreciated the opportunity to have worked for and learned from both of you.
Nancy Wilson Perkins
Work
July 29, 2021
Showing 1 - 1 of 1 results