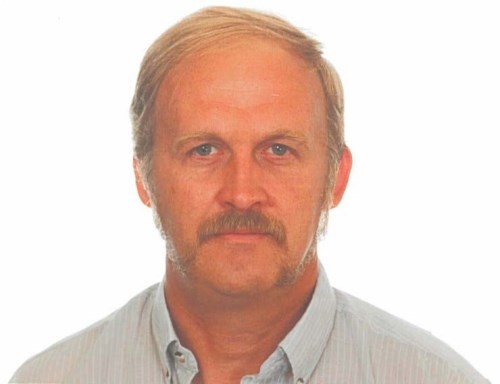 After graduating high school in Orem, he joined the Air Force. The first two years of service he was stationed at Clark AFB in the Philippines. The second two years was spent in Nelles AFB outside Las Vegas. After he was discharged he spent a couple more years in Vegas where he worked as a dealer at one of the casino's. For a brief time he became a party boy and hippie.

Later he moved to Phoenix, getting a job with BNSF railroad. Soon he was transferred to railhead in Winslow, while living in Flagstaff. He rode the rails for the next 34 years until he retired in 2007.

In 1978 he married his wife Marie. Their wedding was held in the forest with a justice of the peace and friends gathered in a circle around them. He spent the entire day before the wedding cooking all the food that was served at the reception; what an excellent cook and baker he was. At times it was like watching a mad scientist in the lab, while he came up with new concoctions. Chocolate raspberry cheesecake was his most in demand specialty; the hit of the neighborhood. Everyone invited to the wedding was told to dress casually because the rest of the afternoon was spent playing volleyball and horseshoes.

Together he and Marie loved to travel through most of the U.S., parts of Mexico and Canada. Other interests he enjoyed were skiing, playing pool, practice shooting at the range, solving puzzles and learning new things. He taught himself to operate computers when they first came on the scene, and later how to play the stock market. He often said, "I came into this world at the right time, and I'll be leaving at just the right time" He did indeed.

He was preceded in death by his parents and older brother Ron. He's survived by his wife, brother Brent in Slidell, LA. and three sisters, Gayle, Shonna, and Teresa, all of Utah.

There will be no memorial service.

To plant trees in memory, please visit our Sympathy Store.
Published by Arizona Daily Sun on Jan. 10, 2021.
MEMORIAL EVENTS
No memorial events are currently scheduled.
To offer your sympathy during this difficult time, you can now have memorial trees planted in a National Forest in memory of your loved one.
GUEST BOOK
3 Entries
Jerry and I were roommates in the Philippines along with Steve Bigelow. He was like a brother during this tour. With " Biggie ", we were like the Three Musketeers. I will never forget him. Sincere condolences. Ed Dotson, Warrenville, S. C.
Edward (Ed) Dotson
January 12, 2021
Knew Jerry well when he was in the USAF in Las Vegas. He was a great friend to many and had a laugh that was infectious! He will be missed. RIP old friend.
Jack Loomis
January 11, 2021
Jerry and I went through basic training, technical school and onto the Philippines together. We were roommates and great friends. Long live Jerry Clayburn.
Steve Bigelow
January 11, 2021