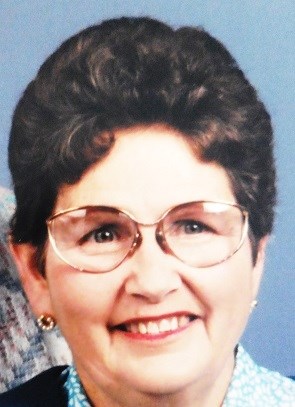 Hazel Mae (Dunn) Robinson, 83, passed away on October 30, 2020, in Apache Junction, Arizona, after a short illness. A tireless educator, inspiring leader, and vivacious friend, she will be missed by all who knew her from Arizona, to Alaska, to Iowa, and many places in between.

Born May 4, 1937 in Mt. Pleasant, Iowa, Hazel was the oldest of the three siblings including Evelyn (b. 1942) and Milo (b. 1944). From her parents, Richard and Laura Dunn, she acquired a lifelong love of reading, a commitment to serve her community, an abiding compassion for others, and a true zeal to improve education, health, and welfare for all. She also learned the value of education, earning both bachelor's and master's degrees from Arizona State University in teaching and library science, and ultimately pursuing careers in the field.

Her mother Laura taught in a one-room schoolhouse on the Iowa prairie in the early 1930s. Hazel expanded on that theme, teaching school in Kotzebue and Shishmaref, Alaska, alongside her husband Edward (m. September 7, 1957), also a lifetime educator and academic counselor.

After making her home in Arizona in the early 1970s, Hazel taught in Tempe, was media services supervisor for the Flagstaff Unified School District, and eventually principal of Thomas Elementary School in Flagstaff. In addition to mentoring young women in education, she trained and evaluated student teachers through Northern Arizona University.

Outside of the classroom Hazel made major contributions to her community, including working as the Coconino County Librarian; serving on the Flagstaff City Council (including two years as vice-mayor); the Guidance Center board of directors; the executive boards of Victim/Witness Services for Coconino County and the Salvation Army; and chairing the campaign to build a new library in downtown Flagstaff. In addition, Hazel was executive committee president of the Northern Arizona Regional Behavioral Health Authority, and the chairwoman of the Community Health Citizens' Committee - an ad hoc advisory group to the Flagstaff Medical Center - which established school-based clinics during her tenure.

Hazel was recognized for her many years of service in 1993 when she received the Flagstaff Chamber of Commerce/McCoy Motors Athena Award, and in 1997 when she was named an Arizona Daily Sun Citizen of the Year. In his nomination letter for that honor, colleague David McKay wrote, "I could go on about the essence of 'quality' that Hazel brings to anything she becomes involved with, but more importantly, Hazel brings character and integrity. (She) is a person who understands commitment to her community."

In her retirement Hazel traveled extensively, made many king-sized quilts for friends and family members, participated in several quilt guilds, and enjoyed summers at her second home in Soldotna, Alaska.

A private memorial service for immediate family will be scheduled when it is safe to gather once again. Gifts in Hazel's memory may be made to the Arizona Community Foundation, Flagstaff Community Education Fund. To contribute online, visit https://www.azfoundation.org/Give-Where-You-Live/Flagstaff/Ways-to-Give/Give-Now#3671537-flagstaff-education-fund. For more information on making a donation, please call (928) 526-1956.

To plant trees in memory, please visit our Sympathy Store.
Published by Arizona Daily Sun on Nov. 20, 2020.
MEMORIAL EVENTS
No memorial events are currently scheduled.
To offer your sympathy during this difficult time, you can now have memorial trees planted in a National Forest in memory of your loved one.
GUEST BOOK
10 Entries
My condolences to the family . May you find comfort in your treasured memories
and Gods promise to return our loved ones . 1st Thessalonians 4 : 13 & 14 .
November 24, 2020
Condolences to the Robinson family.
Paul McKay
November 23, 2020
Sending love & condolences to the family. I met Hazel at the Soldotna Sr Center several years ago & always enjoyed her smile & enthusiasm for life. Lovely lady!
Carolyn Prince
Friend
November 22, 2020
She was so friendly and nice when I subbed at Thomas in the office. Bobbie Baca
Corky,Bobbie Baca
November 22, 2020
My thoughts and prayers to the Robinson family. I did my student teaching at Thomas School where Hazel was principal. She was a great role model for many of us. May she rest in peace.
Dee Bumpas
November 22, 2020
RIP Hazel,you will be allways in our heart.s,never forgotten!
Karin&Ulf Biester
November 21, 2020
Hazel was my boss, my mentor and my friend. Her leadership and wisdom guided my professional life as an FUSD educator; her Iowa comfort food, Alaskan hospitality and a generous number of fender-bender laughs enriched my life-experiences. Thank you, Eddie, for sharing Hazel´s gifts with me.
Chris Somerville
November 20, 2020
Condolences to the entire Robinson family. Your loss is heaven's gain. Hazel's legacy will live on for all of us who knew and treasured her.
Tim Painter
November 20, 2020
Heaven gained another angel! What a supreme example of an educator. Two of our children attended Thomas Elementary when Hazel was Principal. Rest in peace, dear Hazel, after a life well lived.
Paul and Sharon Jones, Newnan, GA
November 20, 2020
To wonderful women that gave me my start with the FUSD,words cannot express the loss of such a wonderful and caring person. May you Rest In Peace
Kathy Lozania
November 20, 2020