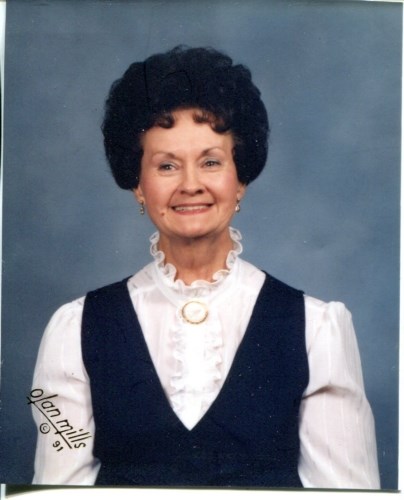 Carnella Jean (Jackson) Martin passed away peacefully at home on January 22, 2021, at the age of 88. Born August 10, 1932, in Madison, Illinois, Jean spent her childhood just outside St. Louis, on the east side of the Mississippi River. During a summer trip to the Grand Canyon, she met Tom, the love of her life, and they married in October 1949. They settled in Flagstaff, raised a family, and remained deeply devoted to one another until his passing in 2000. Jean and Tom shared a love of camping and spent as much time in the woods as they could. They enjoyed the fresh mountain air, taking long drives, and spotting wildlife. Jean was devout in her Episcopal faith and spent many years volunteering with the Altar Guild at the Church of the Epiphany. Her other hobbies included toll painting the wooden crafts that Tom would make, watching the birds in her back yard, and collecting red glass.

Jean was known as much for her sweetness as she was for her strength, and she carried on courageously as a widow for more than 20 years. She was preceded in death by her husband Tom, her parents Henry Otto Jackson and Kathleen Calvert, her sister Donna Francis, and her sons Court Allen and Thomas Richard.

Jean was much-loved by those who knew her, and she will be greatly missed.

Due to the ongoing pandemic, services will be planned for a later date. Memories and condolences can be shared with family at www.norvelowensmortuary.com

In lieu of flowers, the family asks that donations be made to Northern Arizona Hospice.

To plant trees in memory, please visit our Sympathy Store.
Published by Arizona Daily Sun on Jan. 27, 2021.
MEMORIAL EVENTS
No memorial events are currently scheduled.
To offer your sympathy during this difficult time, you can now have memorial trees planted in a National Forest in memory of your loved one.
Funeral services provided by:
Norvel Owens Mortuary - Flagstaff
GUEST BOOK
3 Entries
Terri, so sorry for the loss of your mom. You are in my thoughts and prayers. RIP
Dee Norman Bumpas
January 31, 2021
I volunteered with Jean at Church of the Epiphany's Altar Guild for many years. Jean was our directress for many years, and was a wonderful servant of the Lord and an example for us all. Rest in peace, dear Jean!
Linda Wilson Radosevich
January 30, 2021
Danna, so sorry to hear about your mom. All the wonderful memories will be with you forever! I keep going back to them with my mom who we lost in July of 2008...she was only 74. Big hugs to you and your sister!
Sharon Prosper
Friend
January 29, 2021