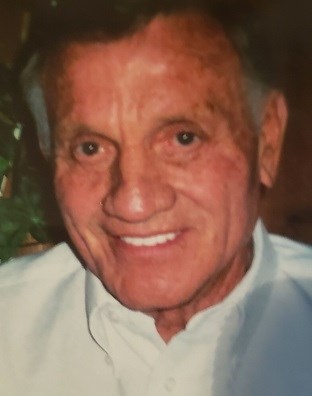 Jerry C. Springer passed away on the 2nd day of June, 2021. Jerry was 85 years of age, having been born Jerry Carl Springer on June 25, 1935, in Fort Wayne, Indiana. He was the second of four children born to his parents, Earl and Leila Springer. His youth was spent in Indiana with Jerry graduating from New Haven High School in New Haven, Indiana, in May of 1953. Immediately after his high school graduation in June of 1953, with the Korea War being fought overseas, Jerry enlisted in the U. S. Army. He served from June of 1953 to May of 1956 (3 years). His service in the U. S. Army was being stationed in Korea during the conflict. He served the army well and was designated as a pay master. When discharged from the U. S. Army, he was a master sergeant. He received an honorable discharge.

Jerry returned to New Haven, Indiana, where he managed and owned several businesses. After a short time, he met the love of his life, Deanna (Dee) Faye Ellison, to whom he was married for 52 years. He then obtained a job with International Harvester. He was assigned to the Phoenix, Arizona facility where he worked for five years. He then was transferred to the Las Vegas facility where he worked for two years. In 1965, Jerry purchased the International Harvester dealership in Flagstaff, Arizona, from Jim Copeland. His business was Ralph and Jim's Motors. Later, Jerry, after receiving the Dodge automobile dealership franchise, he renamed the dealership to Springer's Flagstaff Dodge. This dealership was known for its honesty and fair treatment of all customers. Jerry made many friends through his business and was very successful.

In addition to owning his dealership, Jerry was named president of the New Car Dealers of Flagstaff where he served for four years. He was also a member of the Flagstaff Lions Club for many years and was elected president. Jerry also started and operated other businesses in Flagstaff, including Springer's Greenlaw Village Liquor Store, as well as Hickory Holler BBQ, Burger Barn, and Chick'n Lick'n.

In 1998, Jerry and Dee sold their auto dealership and moved to Bullhead City, Arizona, where Jerry became a real estate broker and a builder of luxury/custom homes. He was very successful, building many luxury homes in the area. He continued making friends with all his fair and honest dealings.

Jerry enjoyed life. He held a pilot's license and was an excellent pilot who enjoyed flying his airplane. He loved his boats, spending many hours on Lake Powell, Lake Mead and the Colorado River located at Bullhead City.

Jerry is survived by his two children: Shawn (Flagstaff) and Stacy Calvano (Don) (Bullhead City), as well as six grandchildren, namely: Lindsey, Tig, Dominic, Corey, Tanner, and Preston. He is also survived by three great grandchildren, Irie, Satya, and Brandon. He is also survived by sisters: Beverly Staley (Glendale, AZ), and Penny Breshears (Iowa), as well as his brother, Sam (Kathy) (Patterson, CA). Jerry loved dogs of all types and is survived by his beloved pet dog "Jack". He is preceded in death by his parents and his beloved wife, Dee. Jerry will be greatly missed by all his relatives and friends.

Published by Arizona Daily Sun on Jun. 18, 2021.
To plant trees in memory, please visit our Sympathy Store.
MEMORIAL EVENTS
To offer your sympathy during this difficult time, you can now have memorial trees planted in a National Forest in memory of your loved one.
MAKE A DONATION
MEMORIES & CONDOLENCES
1 Entry
Grief can be so hard, but our special memories help us cope. Remembering you and your loved one today and always.
Lori and Dave
June 26, 2021
Showing 1 - 1 of 1 results