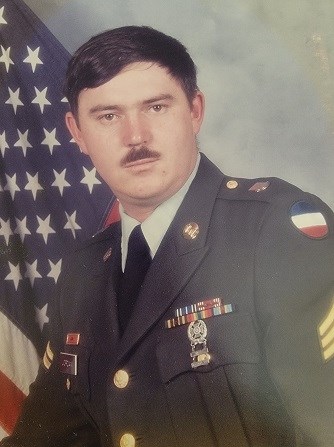 It is with sadness that the family of John Ray Jordan announce his sudden passing on June 20, 2020 passed away unexpectedly on June 20, 2020 in Phoenix, AZ. John Jordan was born in Flagstaff, Arizona on March 23, 1959 to Wesley Jordan and Rheba (Wester) Jordan. John grew up in Flagstaff and graduated from Coconino High School in 1977. John enlisted into the Army as a Combat Engineer (317th Engineers) from 1978-1992 where he served three tours at Camp Eschborn, Germany and served in Operation Desert Storm. After getting out of the Army John and his family returned to Arizona were he worked in the trucking industry. John was a hardworking, loving, strong willed husband, father, papa and uncle. John loved to hunt with his son, son in law, and grandsons. Survived by his wife, Linda Jordan; daughters, Lynette Zerkle (Levi), Jennifer Jordan; son, Johnny Jordan; sisters, Elisha Short and Kathy Lasley; 6 grandsons, 4 granddaughters and several nieces and nephews. He is preceded in death by parents Wesley and Rheba Jordan; brother, Jimmy Jordan; sister Tammi Morell; and daughter Londa Tallant. Funeral services will be held on July 23, 2021 at Citizens Cemetery, Veterans Section in Flagstaff, Arizona.

Published by Arizona Daily Sun on Jul. 18, 2021.
To plant trees in memory, please visit our Sympathy Store.
MEMORIAL EVENTS
To offer your sympathy during this difficult time, you can now have memorial trees planted in a National Forest in memory of your loved one.
MAKE A DONATION
MEMORIES & CONDOLENCES
0 Entries
Be the first to post a memory or condolences.