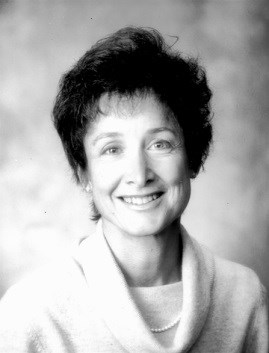 Joy Iris Staveley passed away at her home in Flagstaff on July 22. She was born in Los Angeles California on December 5, 1947, the daughter of William Silberkleit and Estelle Osmun. She received her Bachelor of Arts Degree in English from Cal State University at Northridge. Prior to meeting and marrying her husband, Joy was Vice President and Branch Manager for Coldwell Banker Escrow, Beverly Hills, CA.

Joy has been a Flagstaff small business owner since 1979. She and her husband Gaylord owned and operated Canyoneers, Inc., a Grand Canyon whitewater rafting business. They also owned but have since sold the Kaibab Lodge and North Rim Country Store near the North Rim of Grand Canyon, and an RV Park and campground at Jacob Lake.

Joy also led a busy and productive professional life. Having been appointed by Governors Symington and Hull, she served 12 years on the Board of the Arizona State Compensation Fund. In 1995 Senator Jon Kyl appointed her as his delegate to the White House Conference on Small Business as Arizona's Environmental Chairperson.

In 1997 Joy was the recipient of the Athena Award, which honors Flagstaff's Business Woman Of The Year. In 2016 Governor Ducey appointed her to the Rural Business Development Advisory Board as the representative of Coconino County. She is a past Chairwoman of the Flagstaff Chamber of Commerce Board and has chaired its Government Affairs Committee. She served several years on the Board of Directors of the First State Bank, on the State Advisory Board of Arizona's Friends of Small Business, the Advisory Board of Coconino County's Small Business Development Center, and the Northern Arizona Leadership Alliance.

She served on the Guardian Advisory Board of the National Federation of Independent Business (NFIB) as NFIB's Northern Arizona Area Action Chairwoman. In 2002 she received NFIB's Outstanding Service and in 2006, NFIB's Small Business Champion of the year award for Arizona. She was one of two public members serving on the Coconino County Criminal Justice Coordinating Council, having been recommended for that position by past Flagstaff Police Chief Cooper and past Coconino County Sheriff Pribil - a position she held until her passing.

She worked as a precinct representative and was subsequently elected to a two-year term as Chair of the Coconino County Republican Committee.

In 2016 she was a delegate to the Republican National Convention in Cleveland.

Joy loved her family and friends, and her dogs - especially her several German Shepherds. She loved hiking, biking, and "everything Grand Canyon." She loved to learn: in her 20s she took flying training and got a commercial pilots license. She was an avid reader and attended many conferences to expand her horizons and knowledge. She met and married her husband Gaylord on a Grand Canyon river trip in August 1978, and they were married at Lipan Point on the rim of the Grand Canyon on September 16, 1978.

Joy recently told her family she had no regrets and that she had led a full and wonderful life before being diagnosed with stage three cancer in January 2019. She only wished she could turn the clock back and start over. Joy often said love, family, friends, and health are the most important things in life.

Joy is survived by her husband Gaylord, their German Shepherd, "Sailor," her brother Jay Silberkleit and his wife Khia and their daughters Annalisa and Sienna, by brother Tom Silberkleit, his son Gent and daughter in law Olivia. Also by step sons Cameron Staveley and wife Laurielee and daughter Casey and family, their sons Sam and Morgan, and Morgan's wife Samantha and sons Lewis and Isaac. Also by step son Scott Staveley and his wife Shannon of Flagstaff, and Scott's children Nathan Staveley and family, Tessa Kazan and family, and Amanda and Zachary, all of Washington state, in addition to lots of cousins. Other special family members are Verna Staveley of Taylorsville, Utah, David Staveley, Brian and Jill Staveley and family and Dawn and John Abbott and family of Albuquerque, New Mexico.

Funeral Services for Joy were held on Monday July 26. A celebration of her life will be held on a date to be announced later.

Published by Arizona Daily Sun on Aug. 1, 2021.
To plant trees in memory, please visit the Sympathy Store.
MEMORIAL EVENTS
To offer your sympathy during this difficult time, you can now have memorial trees planted in a National Forest in memory of your loved one.
MAKE A DONATION
MEMORIES & CONDOLENCES
7 Entries
It has been alittle over a month, and I find myself still wanting to pick up the phone and call Joy. When my hisband tells me I can't talk to her but only to her heart and soul, I only remember her soft sweet voice that still echos in my mind. I miss her... we all miss her... we always will. God bless Joy, her family, her memories that will always live on. I will always care deeply for you my dear friend. God has a special place for you as you continue to write your memories for us to see. You are in His hands now. With love, Linda Brickman.
Linda Brickman
August 29, 2021
I´m happy Joy is resting in peace and is no longer suffering. She was a brave soul, a kind person and a good friend. She always had great advice and shared her knowledge as graciously as she did her smile. I will miss her. I will also remember her. Peace and blessings to the entire family.
Anna Rodriguez
August 18, 2021
Was so startled to read of Joy's passing. So very sorry for all of her friends and family. She was a spitfire and a force of beauty, brawn, and brains. She left quite an impression on me from the first time we met at a Tea Party meeting. She always stood her ground on her beliefs.
Cindy Sherman
Other
August 4, 2021
The entire PHL team is very sad to learn of Joy's passing. Joy was a friend of PHL and a true patriot. Our deepest sympathy to Gaylord and family. May Joy rest in peace.
Political History and Leadership (PHL) Professor Donald Critchlow and the P
Work
August 4, 2021
My deepest sympathy on the passing of Joy. I always enjoyed working with her on Chamber and Flag 40 business issues. She will be greatly missed by the Flagstaff community.
Bill Calloway
Friend
August 3, 2021
We are Joy and Gaye's neighbors. She was the first person to greet us the day we purchased our house, and Gaye was the second. We came to love them as the sweet, friendly, little lights in our neighborhood. All the neighbors, including the children, love the Staveleys. Her bright wonderful smile will be missed, but she will not be forgotten. Our condolences to her family.
Dale and Ed
Friend
August 1, 2021
Condolences to Cam and entire family. Her legacy will never be forgotten.k
Tim Painter
Other
August 1, 2021
Showing 1 - 7 of 7 results