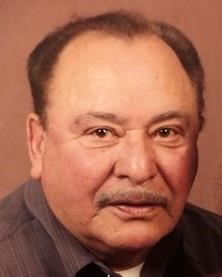 Mario Lozano Mendoza (77), beloved husband, father, papa and great papa passed away on January 4, 2021 at the Flagstaff Medical Center, after a brief illness. He was born in Santa Barbara, Chihuahua Mexico on July 3, 1943 to Maria Natividad. Lozano. They migrated to the United States when he was 9 years old in search of a new life and settled in Flagstaff. Growing up, he worked many different jobs which included being a bell boy at the Ramada Inn and a golf caddy to a professional golfer. During high school he worked full-time at the Flagstaff Lumber Mill. Upon graduating from Flagstaff High School, he furthered his education by traveling to Illinois and became a Certified Mechanic. He returned to Flagstaff and started his mechanical career while also serving in the National Guard for 7 years. In 1969, he married the love of his life and together they started a family.

After years of experience, he was able to join the maintenance team at the newly built Ralston (Nestle) Purina. There he became certified as an Industrial Mechanic and dedicated his life to the company's growth for 30 years. He was able to retire and concentrate on his second career as 'PAPA' which became his true passion.

Throughout his life, he had many different hobbies. He loved to take his family fishing, hunting and camping. He adored his grandchildren and always spoke about how precious they were. He was a huge fan of the AZ Cardinals, always looked forward to a good boxing match and an overall enthusiast of sports. He collected a large assortment of Mexican Trio music and shared this with everyone he knew. It became a family tradition to have music playing during gatherings. He was a 4th degree member of the Knights of Columbus and an Usher for the Catholic Church. He had a unique ability of making friends with strangers. After 4 years of going through dialysis, he was a successful recipient of a kidney transplant. He taught his family the value of work and the rewards from it. This would become the best advice he could ever share. His memory will always live in the lives he touched, and his presence will be forever missed.

He is survived by his wife, Elena, of 51 years. Children; Mario JR (Debbie), Rosa Maria and Patrick (Soraya). Grandchildren; Jessica (Andrew), Paige (Bryan), Isaiah, Mario III, Ciarra and Joshua James. Great grandchildren; Isabela, Valery, Aviana, Ben "Bernardo" and another baby girl joining the family in April. He has extended family in California, Texas and Mexico. He is preceded in death and has joined his mother in heaven, Maria Natividad Lozano.

Funeral services will be held on Thursday, January 21, 2021. Rosary will begin at 10am followed by the mass at 10:30 at San Francisco de Asis Catholic Church. The family encourages attendees to view the services online at www.sfdaparish.org and click on "watch mass online". In lieu of flowers, donations can be made to the Transplant Center at the Mayo Clinic.

Condolences and memories may be shared with the family at www.FlagstaffMortuary.com.