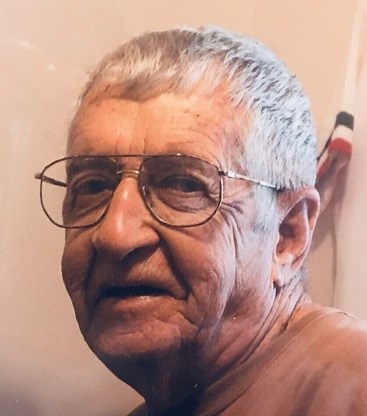 Millard Jones, 81, of Yuma, Arizona passed away on June 24th from a cardiac incident.

The memorial service will be held on Saturday, July 10th at 10:00am at First Christian Church of Yuma.

Millard's roots and heritage come from the tristate area of Kentucky, Ohio and Indiana where he "ran the hills" and graduated from Bright High School, class of '57.

Millard married Charlotte on September 28th, 1985; they were married 35 years.

At the age of 15 Millard started cleaning construction sites and steadily worked his way up to superintendent. He was an avid outdoorsman who loved to hunt and fish, as well as just looking at wildlife. Millard was almost as good at talking trash as he was at shooting trap and skeet. He was also actively involved in church and was always looking for ways to help those around him.

Millard is survived by his wife, Charlotte; sister, Ladell (Roger); children: Angela, Kelly (David), Eric (Stephanie), Melissa (Ira), and Jared (Adrieanna); and 14 grandkids, 7 great-grandkids and another on the way.

In lieu of flowers, memorial donation may be given to:

Published by Arizona Daily Sun on Jul. 4, 2021.
To plant trees in memory, please visit our Sympathy Store.
MEMORIAL EVENTS
Jul
10
Memorial service
10:00a.m.
First Christian Church of Yuma
AZ
Funeral services provided by:
DESERT VALLEY MORTUARY - Somerton
MAKE A DONATION
MEMORIES & CONDOLENCES
Sponsored by DESERT VALLEY MORTUARY - Somerton.
4 Entries
An amazing, Godly man who will be missed by many. And who is enjoying heaven, his reward for a live well lived.
Jeff Elzey
Friend
July 11, 2021
Charlotte and family, my sincere sympathies to you. May your memories and God´s love comfort you. Jean Stevens
Stevens Jean
July 4, 2021
God saw he was getting tired, And a cure was not to be, So he put his arms around him, And whispered "Come with me", With tearful eyes we watched him suffer, And saw him fade away, Although we love him dearly, We could not make him stay, A golden heart stopped beating, Hard working hands to rest, God broke our hearts to prove to us, He only takes the best, Although his heart stopped beating, His love will always remain, His absence puts upon our hearts, A very heavy strain, For now he is in a place of everlasting rest, We just have to understand that God, He only takes the best. You will be missed Millard! Charlotte and family - you are in our thoughts and prayers. We love you!
Dan & Barbara Romero & Family
Friend
July 4, 2021
Please accept my deepest and heartfelt sympathy. I'm so sorry for your loss. may the God who binds up the broken-hearted comforts all who mourn and sustain your family during this challenging time.
(Isaiah 61:1,2)
June 29, 2021
Showing 1 - 4 of 4 results