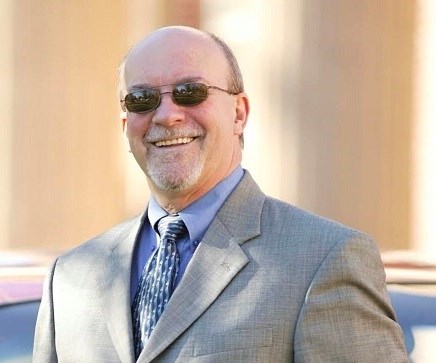 On Tuesday, December 8, 2020, Dr. Paul C. Baker, loving husband, father, godfather and brother, passed away just shy of his 76th birthday in Arizona, where he had lived for the past 21 years.

Paul was born on December 18, 1944 in Binghamton, NY. He married his soulmate Linsey Baker in 1969 and enjoyed 51 years of marital bliss. A strong sense of humor was a cornerstone of their marriage and helped them navigate life's ups and downs. Together they raised their daughter Adrienne with unconditional love, family adventure Sundays, blueberry pancakes, burnt grilled cheese sandwiches, and the occasional fractured fairy tale which delighted them all.

Paul received his PhD in Business Management from the University of Buffalo in 1998. After earning his doctorate, he worked in higher education as a Vice President at Central Washington University and he was a beloved professor at Northern Arizona University. He was also a Flagstaff Director of the 2010 Census in Flagstaff, AZ. Paul was loved and respected by his peers and students for his integrity and high ethics. His classes were always in high demand as he made learning fun and encouraged thinking outside of the box.

Paul was passionate about life, his family and his large group of friends who became extended family. He was a veteran, teacher, mentor, world traveler, lover of musicals and a published poet. He had a brilliant mind that embraced continually learning new things about history, literature, music, pop culture and a multitude of other topics that piqued his curiosity. He was known for his eternal optimism, quick wit, generosity, open mind, independent spirit, endearing feistiness, sense of adventure, an innate ability to bring people together, and a love of microbrews (especially enjoyed on a sunny patio with loved ones).

Our gratitude and sincerest thanks goes out to The Lingenfelter Center in Kingman, Arizona for their loving kindness and care during his valiant battle with Parkinson's disease and dementia.

In lieu of flowers the family is asking that donations be made in Paul's honor to PMD Alliance (Parkinson & Movement Disorder Alliance) at pmdalliance.org/give/

To plant trees in memory, please visit our Sympathy Store.
Published by Arizona Daily Sun on Dec. 20, 2020.
MEMORIAL EVENTS
No memorial events are currently scheduled.
To offer your sympathy during this difficult time, you can now have memorial trees planted in a National Forest in memory of your loved one.
Funeral services provided by:
Lietz-Fraze Funeral Home & Crematory
GUEST BOOK
1 Entry
Dear David, Bonnie, and Family:

I was so sorry to hear about Paul’s passing. You are in my thoughts and prayers as you mourn his passing and celebrate a life well lived.