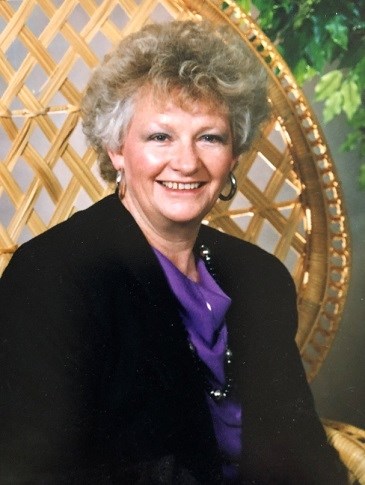 Monday, December 28, 2020 Peggy Atha Cummings went home to with be her Lord Jesus. She was born on January 1, 1942 to Harold and Wilma Atha in Del Norte Colorado. She was the second of seven children, they lived in Del Norte until 1956 when the family moved to Prescott, AZ., a year later moved to Flagstaff AZ where she graduated from high school. While attending college she married Calvin Cummings, they have four children, after several moves they ended up in Denver Colorado where Calvin was the Senior Archeologist Southwest Region for the National Parks Service. In 1995 Peggy pursued her passion and love for Jesus by joining the Mercy ship for nine years.

In her travels she discovered Sierra Leon Africa where the Lord spoke to her that this was where she was needed and she left the Mercy ship to create a missionary school/church there for 19 years. She took The Hope of Glory Ministries opened house churches in every Province in this nation, and graduated 1,000's students. She trained leaders and pastors while creating agricultural & textile schools. She is survived by her four children Michael (Tammy), Russell (Lisa), Karen, Christoph Wade (Jessica); Sisters DeAnn Dutt, Carol Vernon bothers Don & Doug Atha; numerous nieces, nephews, grandchildren and many friends; plus her large missionary family in Africa. There will be a graveside service June 26, 2021 10 am Flagstaff Cemetery 1300 S San Francisco St. Memorial service will be held at 11:30 am in the Federated Church 400 W Aspen St. Flagstaff AZ 86001 928-774-7383