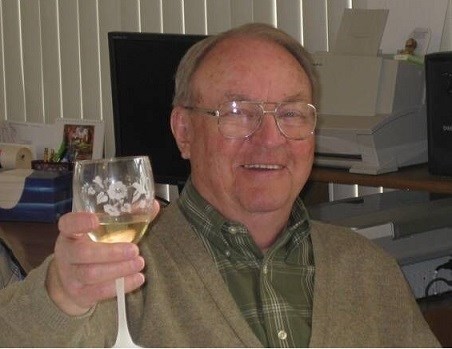 Dr. Raymond P. Tamppari, aged 88, passed away peacefully in his home, surrounded by family, on Tuesday, October 13, 2020. Ray was born October 5, 1932 in Ishpeming, MI to George and Fanni Tamppari and was the second youngest of six children.

After graduating from Eastern Michigan University, Ray was drafted into the Army to serve during the Korean War, was trained as a combat medic, and stationed in Germany. Upon his discharge, Ray returned to Michigan to pursue a Master's Degree at the University of Michigan. It was at this time that Ray became inspired to become a science educator and work toward improving science education. As such, Ray became a science teacher in the Detroit public school system. During this time, he reconnected with Patricia (Abernethy), whom he had met in college. Ray was awarded an NSF scholarship to study at University of Colorado for a year, and after his return, married Patricia in August, 1961, with whom he shared his life until her passing in 1998. Just after their wedding, Ray and Pat then moved to Bakersfield, CA to teach high school. They remained there for five years, until moving back to Michigan for Ray to pursue and receive his Ph.D. in Biology from the University of Michigan. Upon graduation, Ray and Pat moved to Flagstaff, AZ where Ray was a professor of Biology at NAU until his retirement in 1994. In Flagstaff, they raised their two children, Leslie and Neil. While at NAU, Ray dedicated his career to teaching the next-generation of science educators and continuously improving science education techniques and methodologies.

As a professor, Ray was also forever a student, pursuing knowledge and skills, such as learning to play the accordion, the recorder, and the guitar, and learning more about regional flora and fauna. There was rarely a time that Ray was not reading a book and always had several more nearby.

Ray loved fishing and sharing fishing stories with like-minded friends. He even learned to tie his own flies for fly fishing. He loved to take his boat out on the local lakes and spent many enjoyable hours there.

In 2005, Ray married Phyllis Houchin, with whom he was lucky enough to enjoy many years of adventures and companionship until the end of his life. With Phyllis by his side, Ray enjoyed Shakespeare festivals, traveling, reading, wintering in Wickenburg, and most of all active participation in their friend-filled walking group.

Ray is survived by his wife, Phyllis; a sister, Inga; his daughter, Leslie; his son, Neil; grandchildren, Annika, Aneira, and Savannah; and many cousins, nephews and nieces.

To plant trees in memory, please visit our Sympathy Store.
Published by Arizona Daily Sun on Oct. 25, 2020.
MEMORIAL EVENTS
No memorial events are currently scheduled.
To offer your sympathy during this difficult time, you can now have memorial trees planted in a National Forest in memory of your loved one.
GUEST BOOK
1 Entry
I am very sad to hear of Ray´s passing. Ray and I were friends as undergraduate students at Michigan State Normal College now Eastern Michigan University. We were also friends and colleagues for many years at Northern Arizona University.
Dan Julien
October 25, 2020