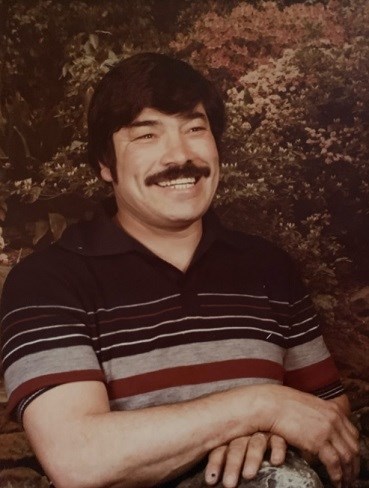 Sam G. Romero, born August 17, 1937 in St. Johns, Arizona passed away on November 14, 2020. Sam grew up in Flagstaff, AZ and Morenci, AZ where he played football and received an All-State Award in Football and later graduated from Morenci High School in 1956. Sam earned a full ride scholarship to Eastern Arizona Junior College where he would become an All-American Football Player from 1956-1957. He later graduated from Durham College in 1958.

He was married to his beloved, strong, beautiful wife Elena for 66 wonderful, blissful years. During his time in Arizona, Sam would become a Golden Glove Champion of Arizona in 1957. He would later become a drywall contractor in Flagstaff and then a county inspector. His skills would lead Sam and his family to Las Vegas, Nevada in 1985 where he became a building inspector for Clark County School District and retire back home to Arizona in 2000.

Following retirement, Sam and Elena moved to Kaibab-Coconino county and spend winters in Yuma, AZ. Ash Fork, AZ is where he would live for the rest of his life. Sam was known for his witty personality, friendships and always making everyone laugh. Sam enjoyed watching his LA Dodgers, Dallas Cowboys and Boxing. Sam always worked hard to provide for his family and spend time with his children, grandchildren and great-grandchildren.

Sam was an incredible husband, father and grandfather. He will be greatly missed and never forgotten.

Private services will be held for family only.

To plant trees in memory, please visit our Sympathy Store.
Published by Arizona Daily Sun on Nov. 19, 2020.
MEMORIAL EVENTS
No memorial events are currently scheduled.
To offer your sympathy during this difficult time, you can now have memorial trees planted in a National Forest in memory of your loved one.
GUEST BOOK
8 Entries
We worked together at the Coconino County Bldg. Dept as inspectors. Great guy. Wished I knew him longer
Ron Glazar
November 30, 2020
Sorry for your Loss may the God of comfort be with you and your family at this time act 24:15
D
November 30, 2020
My deepest sympathy on the loss of your wonderful husband, Elena. What an amazing and wonderful husband and father he was. It showed with the way he treated everyone, including me, every time I saw you both. God bless him on his journey and know that he will rest in God´s great hands.
Beatrice M. Gallegos
November 23, 2020
My most sincere condolences to the Romero family prayers RIP Sammy
Denice carrillo
November 21, 2020
My condolences. The lose of a parent is hard and sad. Tell Jessie I´m so sorry. You girls stay by your mom she is going to need you all. Her and your dad were very tight and her lose is going to be very hard. Anna.
Anna M Garcia
November 19, 2020
I'm sorry to hear about the passing of your dad, my best to all of yoy
Mike moreno
November 19, 2020
My deepest condolences to all the family in this time of sorrow. May you all be blessed.
Manuelita (Mel) Chavez
November 19, 2020
Our condolences to the Romero Family. May you RIP Sammy.
Frances Tafoya
November 19, 2020