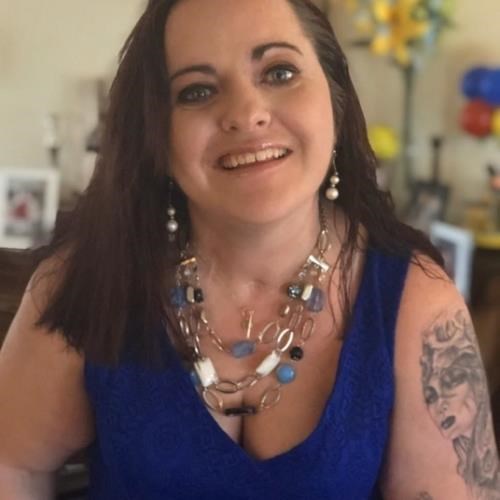 Tawni Lynette Wimberley Thomas, 41, of Flagstaff, Arizona, passed away on Tuesday, April 7, 2020 in her home, due to a severe fall. Born on August 4, 1978, Tawni spent most of her life in Flagstaff.

She received a Masters degree from NAU in 1996. She worked as a teacher for several years at Flagstaff High School. Following her years of teaching, she became a sales rep for the auto paint industry. Her coworkers grew to admire her as a leading figure in the business, helping pave the way for female representation in the auto paint industry.

Tawni always loved sports, from the beginning to the end. She practiced soccer, figure skating and softball. From her childhood to adulthood, she always brought zeal and energy to the fields. She even would go on to later have her own softball team for quite a few years. In 2017, following a very serious car accident, Tawni was left partially paralyzed, as well as suffered from several strokes, punctured lungs, and broken bones. To no one's surprise, this didn't stop her spitfire energy and witty persona. She was not going to let this car accident be the end, by any means.

Tawni spent the next years devoting herself to physical therapy. She made sure, no matter what, that she would learn to successfully walk again, and do all the things she was able to do before the accident. She worked relentlessly with NAU's PT team, as well as Joe Carter from Carter Rehab. Sure enough, within a few months, Tawni learned how to walk with a cane. She even would go on to relearn how to take steps without any assistance.

After the car accident, Tawni also began on her journey of spirituality. She was born and raised Christian, and while she believed and practiced Christianity all her life, she really dove into it after the car accident. She became a devout member of Urban Hope Church, and fell in love with her religion in a whole new way. She gave so much of what she had to the church and to God, both physically and spiritually.

Tawni was preceded in death by her brother, Kelly Thomas.

A Celebration of her life will be held August 4, 2021 at 10am at the Orpheum Theater in Flagstaff. In honor of Tawni, the family is suggesting contributing to the programs she enjoyed supporting through the Physical Therapy Fund at the Northern Arizona University Foundation. Memorial gifts may be directed to the NAU Foundation online or via mail. Mail checks to NAU Foundation, PO Box 4094, Flagstaff, AZ 86011, and write "Fund in memory of Tawni Wimberley" in the memo line. Or, make a secure online gift at alumni.nau.edu/giving. Enter fund "4199" in the search box and Physical Therapy will come up. Under "My Gift is a tribute," select "This gift is in Memory of Someone Special" and type "Tawni Wimberley."

Memories and condolences can be shared with family directly or online at www.norvelowensmortuary.com