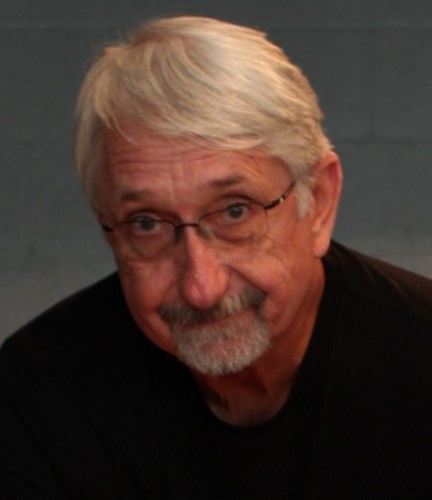 Ted left this world Thursday afternoon, October 15, 2020 at his home in Flagstaff, Arizona from sudden cardiac arrest at the age of 70. He spent the morning doing what he loved, flying his radio controlled airplanes with a friend at the Hebestreit Flying Field, home of the Flagstaff Flyers.

Ted was born in Cheektowaga, New York just outside of Buffalo, to Thaddeus and Mary Grudniewski on May 24, 1950. He moved to Phoenix, Arizona with his family for the dry climate when he was eight years old. He graduated from Cortez High School in 1968 and attended the University of Arizona in Tucson. On January 12, 1974 he married the love of his life, Marilyn (Hall) in Phoenix and they moved to Flagstaff on January 14, 1974 where he was employed by IBM for 30 years as a computer technician. Ted then worked for the Flagstaff Unified School District becoming assistant director of technology. He retired from FUSD in 2014.

Ted had many interests and talents including skydiving, bowling, golfing, snow skiing, fishing, camping, cross country road trips, computer programming, flying small aircraft, and building and flying radio controlled airplanes. He was also an excellent cook, landscaper, and gardener and could fix just about anything. He added on and remodeled their home several times and performed all carpentry, plumbing, roofing, electrical and finishing work himself.

Ted is survived by his wife, Marilyn and their three children Tanya Brown (son-in-law Lanny Brown) of Nashville, Tennessee, Tara Grudniewski of Portland, Oregon, Thad Grudniewski (daughter-in-law Karen Bratsch) of Flagstaff, and two grandchildren, Hailey and Camille Brown of Nashville. He has two sisters, Pat Power of Seattle, Washington and Eileen McCormick (brother-in-law Lloyd McCormick) of Surprise, Arizona. He is also survived by aunts, uncles, nieces, nephews and cousins. He has left behind many wonderful friends, neighbors, former co-workers and clients that have expressed they will deeply miss him.

He is predeceased by his parents, mother and father-in-law, sister-in-law and nephew Joel Power.

A private ceremony was held on October 17 with immediate family and a Celebration of Life will be held at a future date.

In lieu of flowers, donations may be made to Assistance League of Flagstaff at assistanceleagueflag.org.

Condolences and memories can be shared with the family online at www.gatheringus.com/memorial/ted-grudniewski/5512.

To plant trees in memory, please visit our Sympathy Store.
Published by Arizona Daily Sun on Oct. 29, 2020.
MEMORIAL EVENTS
No memorial events are currently scheduled.
To offer your sympathy during this difficult time, you can now have memorial trees planted in a National Forest in memory of your loved one.
GUEST BOOK
3 Entries
I am very sorry to learn of Ted passing. Keeping all of you in my thoughts and prayers.
Joanne Doedens
October 31, 2020
I am so sorry to hear of Ted passing. I worked with him at FUSD. I always enjoyed my interactions and conversations with Ted. He was a very kind man.
Tammy Nelson
October 31, 2020
Spent great times with Ted, years ago skydiving, Friday nights out, blackjack at our house on NY eve (before Children) and camping in our RV´s (after children). All with Marilyn except skydiving. We will miss him so much.
Claudia Morea
October 30, 2020