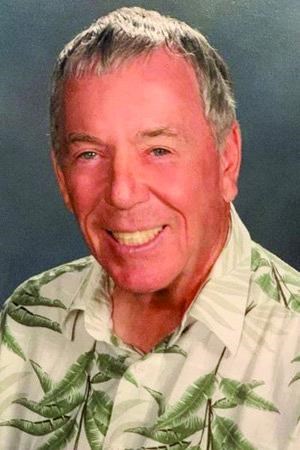 A memorial service will be held on Saturday, August 21 at 11 a.m. at First Presbyterian Church, 1705 17th St, Bakersfield, CA for Copeland Trent Jones, who passed into heaven on July 2, 2021. Private graveside services will be held.

Trent was born to parents Cecil Thomas Jones and Marion Alicia Jones. A Bakersfield native, he attended Emerson Elementary School, Bakersfield High School, and Bakersfield Junior College. He then went on to Cal Poly San Luis Obispo and the Syracuse New York School of Air Conditioning. It was at the El Corral, a local gathering place in San Luis Obispo, that Trent met a very special lady, Elizabeth (Betty) Strom.

On June 29, 1963, Trent and Betty married at the First Presbyterian Church of San Luis Obispo. They returned to Bakersfield where Trent joined the family business, Gundlach's Air Conditioning & Plumbing. He later became president of Gundlach's until 1995 when he turned the business over to his daughter Jennifer.

Trent was very active in the Bakersfield community, holding leadership roles in the Boy Scouts, DeMolay, Rotary Club of Bakersfield West, 20/30 Club, Cotillion, Bakersfield Racquet Club, Bakersfield High School Tennis Team, and also Stockdale Country Club, where he played golf and also bridge with both men's and couples groups. He loved his bridge groups and became a pretty good player! He played right up until his passing.

He was also very involved with First Presbyterian Church. He deeply loved the Lord, and as he grew older, so did his faith. He developed a love for Jesus Christ and attributed his 36 years of sobriety to his walk in his Christian Faith. He held a number of leadership positions at First Presbyterian, including deacon, elder, and member of the Foundation Board.

Trent was also very active in AA programs. This work deepened his Christian faith and enabled him to help hundreds of people on their personal walks to sobriety. He felt this was his true calling in life. As a part of this calling, he and Betty started an Overcomers Group, a Christian-based meeting held every Monday night for more than 12 years.

And then there was his family - it was here that he found his greatest happiness, through his children, grandchildren and great grandchildren (the greats brought him such joy!) He was a Boy Scout, Indian Guide and Indian Princess Leader, which allowed him to share his love for the outdoors with his family through camping, fishing and hunting. Deer and dove hunting trips were one of life's highlights, and it seemed like there was always a new gun to buy, some place ... To add to the fun, Trent moved the family out to the Kern River and built a home. He also tried his hand at raising cattle, pigs, chicken, and chuckers. Life was never dull at the Jones's.

Inheriting a love of travel from his parents, Trent took Betty on many wonderful trips including Europe, China, Norway, Mexico as well as visits to many state and national parks.

Trent lived a rich, full life, filled with love and admiration for his family and friends. He will be forever loved and missed by those who knew him. He now rests in peace!

The family wishes to thank the devoted staff at both Memorial Hospital 4th Floor, East Wing and Hoffman Hospice for their loving care of Trent in his final days.

In lieu of flowers, please consider a donation to Hoffman Hospice.

Well done, good and faithful servant! Enter into the joy of your master. (Matthew 25:23).

www.bakersfield.com/obits
Published by Bakersfield Californian on Aug. 1, 2021.
To plant trees in memory, please visit the Sympathy Store.
MEMORIAL EVENTS
Aug
21
Memorial service
11:00a.m.
First Presbyterian Church
1705 17th St, Bakersfield, CA
MAKE A DONATION
MEMORIES & CONDOLENCES
1 Entry
I was very sad to hear of Trent's passing. He is in heaven, so I look forward to seeing him again when Jesus calls me home. Trent and I go back to 1955 as teenagers when I first met him at DeMolays. In our young-adult years, we had many laughs and lots of fun on fishing trips. Even though we had the same last names, we were not related, but he always seemed like a brother to me. Lots of times we met at Freddie's Cafe on 24th Street to get some food for our fishing trips. Freddie was my step-father, so he would let us take food for our lunch. Trent ate at this cafe for many years, and even after we both lost touch, I used to bump into him occasionally at breakfast throughout the years -- now called the 24th Street Cafe. It will not be the same there without Trent and his gang. I remember when he got in a car wreck around 1958 in the 1946 Cadillac (not sure of year of car), and he got injured. He was in the old San Joaquin Hospital. He would call me and tell me how bad the food was in the hospital. He would encourage me to get a hamburger and milk shake and sneak it up the fire escape and bring it to his room. We never got caught but laughed about that for years when we got together. My wife, Charlotte, and I want to extend our deepest sympathies to Betty and the Jones family and pray for God's comfort as they mourn the loss of Trent. We will be coming to the Trent's Memorial service at First Presbyterian Church on August 21st.
Ron Sr. and Charlotte Jones
Friend
August 6, 2021
Showing 1 - 1 of 1 results