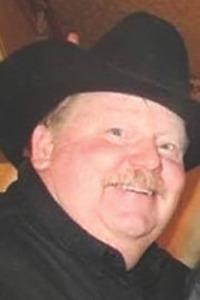 ABOUT
Arvin High School
Gene Thome was a gentle giant of the Bakersfield Sound and the owner of Bear Mountain Sports. Gene loved his family, fishing, hunting, shooting, magic and trumpet playing. He attended Arvin High School and he later became a CSUB Graduate before studying Veterinary Medicine at UC Davis. He grew up working on the farms of Arvin and Lamont. He then managed potato sheds in Edison. Later, he managed Eastland Flying Service for many years. He owned Bear Mountain Sports for 32 years with the last 13 years with a full retail location. Gene was a man of many talents and had the most generous heart.
Gene was preceded in death by his parents, Gene and Carolyn (Hallum) Thome. He is survived by his loving wife, Cynthia Nicholson-Thome; sister, Marianna Thome Eastwood (David) of AZ; brother, Barry Thome (Shannon) of Bakersfield and numerous Hallum, Thome, Scarbrough, Eastland, Azevedo, Alexis, aunts, uncles and cousins.
It would be his honor and the wishes of his family that all who knew him come out to celebrate his life at 10:00 am on Friday, June 2, 2017, at Valley Bible Church; followed by the graveside at Arvin Cemetery. There will be a reception to follow at the David Head Center in Lamont. Buck Owens Crystal Palace is also hosting a Music Celebration on Tuesday, June 13, 2017.
Basham Funeral Care
Published by Bakersfield Californian on Jun. 1, 2017.
To plant trees in memory, please visit the Sympathy Store.
MEMORIAL EVENTS
Jun
2
Memorial Gathering
David Head Center
Lamont, CA
Jun
2
Celebration of Life
10:00a.m.
Valley Bible Church
CA
Jun
2
Graveside service
Arvin Cemetery
CA
MAKE A DONATION
MEMORIES & CONDOLENCES
3 Entries
RIP MY FRIEND....
Larry Goodwin
June 1, 2017
Rest In peace W. I will never forget all the great times. W. never forgot I could not talk to him in years he would remember everything. Gene known as W. is about as nice and caring person... You will be missed! You're Friend Tom C. Holt
Tom Holt
June 1, 2017
Gene, you will be missed by many people in the Bakersfield community and beyond. It was always a pleasure to work with you on the many fundraising banquets that support the causes we hold near and dear to our hearts. Thank you for being a happy, bright spot amongst a mass of hustle and bustle. I will miss your smile, your voice and your friendship. Sincere condolences to your wife Cindy and your entire family.