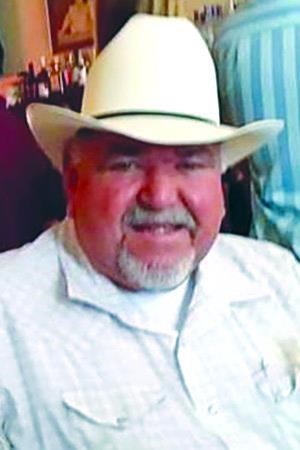 Laurence Clinton Moore, better know as Larry, was born September 21, 1943 in Bakersfield, California and passed away June 22, 2021 at his home of 55 years in Glennville, California. He Graduated from North High School, where at the same time, started his lengthy career with the County of Kern. Starting out as a Greenskeeper at North Kern Golf course then leading to the Road Department while also serving as a Reserve Deputy in the Glennville and Lake Isabella areas. He ended his career retiring from the Kern County Fire Department in 1995 as a Fire Heavy Equipment Operator at Station 45 in Edison, California, where he was given the nickname "Twiggy".

Larry ran his own cattle for many years in the Glennville/Woody area and also worked For Dave and Betty Lavers on the Lavers Ranch in Glennville. In his spare time while working and after retirement he enjoyed running his heavy equipment, fixing water wells, and welding for friends and neighbors. There wasn't much he could not fix or build! He also enjoyed his time as the Swine leader for the Sierra Mountaineers 4-H club and serving on the Swine Committee for the Kern County Fair. Behind his gruff voice and intimidating presence was the biggest teddy bear heart. Larry loved helping anyone in need and would do whatever needed in order to do so without thought for himself.

Larry is survived by his loving wife, of 50 years, Mary; son Michael (Kim) of Texas; daughter Melissa Bias (Howard) of Glennville; and grandson Case of Texas.

As per Larry's wishes, there will be no public services held. Larry will be interred at Oak Grove Cemetery in Glennville, California.

www.bakersfield.com/obits
Published by Bakersfield Californian on Jul. 25, 2021.
To plant trees in memory, please visit our Sympathy Store.
MEMORIAL EVENTS
To offer your sympathy during this difficult time, you can now have memorial trees planted in a National Forest in memory of your loved one.
MAKE A DONATION
MEMORIES & CONDOLENCES
7 Entries
We were so sorry to hear of Larry's passing. We will be praying for your family. So sorry we haven't seen you for so long, but have great memories of all of you that we won't forget.
Jim & Carol Wedding & Family
Friend
July 31, 2021
Our thoughts and prayers are with you! He was a great man.
The McClures
Friend
July 31, 2021
Larry Was such a great example of Husband, Father and neighbor. Always helping someone. Prayers surround all of you.
Cindy Hancock
Friend
July 29, 2021
Larry was one of the first to welcome me and my late wife, up here in Glennville back in `93. I good man with a big smile and shotgun voice. Lol. Left us too early. He´ll be missed.
Bob Ballew
Friend
July 29, 2021
Rick and Pam Williamson Larry was always very good to me! Great to work with and just a nice guy very nice. I know he´ll be truly missed by his loved ones and friends. I appreciate the time that I had with him on fires and at the staions.
Rick and Pam Williamson
Work
July 25, 2021
We have lots of good memories with Larry. His favorite snack on duty was his "Moorehill" jam (apricot pineapple) and a sleeve of crackers. I will always remember our friend. Rest well Twiggy.
Ken Snyder
Work
July 25, 2021
Great peace to the Moore Family. May Twig enjoy his Rest. Another good one gone too soon.
Don and Debbie Hill
Family
July 25, 2021
Showing 1 - 7 of 7 results