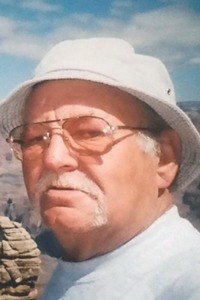 BORN
06/01/1946
DIED
08/07/2015
FUNERAL HOME
Mission Family Mortuary
531 California Avenue
Bakersfield, CA
Warren Mark Curtis, 69 died on Friday August 7, 2015 at Kern County Medical Center in Bakersfield California.
Warren is survived by his two daughters: Veronica Martinez (John) and Samantha Hernandez (Rolando). He also leaves behind four grandchildren, Elisa Martinez, Klarissa Martinez, Alexa Hernandez and Benjamin Hernandez. He leaves many family members and friends from all over the United States that will miss him dearly. Warren was born and raised in Bakersfield, the son of Mark and Opal Curtis.
Warren is a veteran of the Vietnam War; at age 19 he joined the United Stated Army and was part of the 25th Infantry Division in Hawaii. He arrived in Cu Chi, Vietnam on June 5, 1965. Warren was a door gunner on a Huey Helicopter. He fought side by side with men he created such a strong bond with that they continued to be lifelong friends. In 2014 Warren traveled to the state of Georgia for a reunion with his Sargent and fellow soldiers.
Warren had a passion for the outdoors, which he shared with his daughters and grandchildren. He enjoyed camping in the mountains, fishing and hunting. Warren passed on his love of the outdoors to his grandchildren.
Warren had a passion for animals; he has been a lifelong dog lover. He leaves behind his friend and companion "Butch" his dog. They would go on road trips to the beach and long drives together. Warren enjoyed watching Mixed Martial Arts fights on the television with his buddy Butch by his side.
A memorial service will be held at 11 a.m. on Friday August 14, 2015 at Mission Family Mortuary 531 California Ave Bakersfield Ca 93304. Burial site services to follow at Shafter Memorial Park, 18662 Santa Fe Way, Shafter Ca 93263.
Published by Bakersfield Californian on Aug. 12, 2015.
To plant trees in memory, please visit the Sympathy Store.
MEMORIAL EVENTS
To offer your sympathy during this difficult time, you can now have memorial trees planted in a National Forest in memory of your loved one.
Funeral services provided by:
Mission Family Mortuary
MAKE A DONATION
MEMORIES & CONDOLENCES
Sponsored by Mission Family Mortuary.
0 Entries
Be the first to post a memory or condolences.