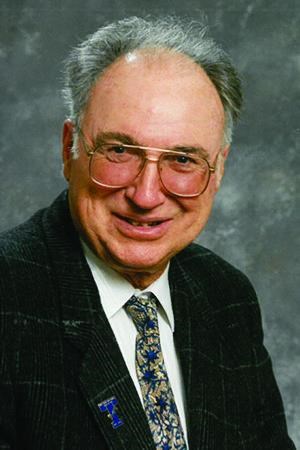 Bill was a native son of California born in Whittier 95 years ago. He was raised in various oil towns until his family settled down in Taft in 1936 when he was in 6th grade. He worked in several jobs during school including Standard Stations and Wilson's Transfer and Storage.

He graduated from Taft Union High School in 1943, which was in the middle of WWII. He attended UCLA but cut this short by enlisting in the US Navy. He attained the rating of AETM 1C serving at NAS Alameda, NAS San Diego and aboard the Carrier USS Lexington. Following his discharge he returned to Taft and married Dorothy McPherson of Bakersfield. This union produced 3 children, 5 grandchildren and 9 great-grandchildren.

Shortly after returning to Taft, along with his brother Glenn Dolder Black, he purchased Taft Plumbing Company. Throughout the years Taft Plumbing Company grew, employing many Taft residents. The company kept growing and moved 3 times from its original location to where it is today on Main Street. The business expanded into commercial plumbing, heating and air conditioning and did work on schools, hospitals, and commercial buildings throughout the central valley, central coast, and southern California areas.

Bill, Dolder, and Bob Colston formed a construction partnership building homes, and commercial buildings throughout Taft which include the West Kern Shopping Center, Buena Vista Mobile Home Park and hundreds of homes in the Taft area.

Upon retirement Dorothy and Bill built new homes in both Taft and Cambria, and traveled extensively throughout the world until her death. Through a friend he met Verna, whom he married, and continued his love of traveling.

He was active in the community serving as a planning commissioner for the City of Taft, a board member of The Westside Cemetery District, a 57-year member of the Kiwanis Club of Taft, a member of the Elks and Moose Lodges, 2016 TUHS Hall of Fame inductee and was chosen for a Community Service Award from the Taft District Chamber of Commerce. He served twice as the Grand Marshal for the annual Christmas Parade and was a 7+-decade member of the American Legion.

Our husband, father, uncle, grandfather, and great-grandfather was an honorable and kind man that loved his country and Taft. Most of all, he loved his family! Bill is preceded in death by wife Dorothy, brother Dolder, and sister-in-law Jean Black.

In lieu of flowers please consider donating to the American Legion Fellows Post 63.

www.bakersfield.com/obits
Published by Bakersfield Californian on Jul. 21, 2021.
To plant trees in memory, please visit the Sympathy Store.
MEMORIAL EVENTS
Jul
24
Celebration of Life
11:30a.m.
American Legion Fellows Post 63
618 Center Street, CA
MAKE A DONATION
MEMORIES & CONDOLENCES
3 Entries
My Great-Uncle Bill was an awesome and fun guy. He will be sorely missed by all of those who knew and loved him.
Andy Inman
Family
July 23, 2021
My deepest sympathy to Bill's family - he was always a great and helpful neighbor. Taft will miss him!
Virgie Beard
Friend
July 22, 2021
To our dear friend Jennifer, we send our deepest condolences. We didn't know her dad, but heard a lot about him from Jennifer. She was so proud and had a wonderful relationship with him. Time heals and memories will sustain you during this difficult time. We love you.
Rod & Shirley
Family
July 21, 2021
Showing 1 - 3 of 3 results