COLLIE , Alastair MacRae On Wednesday, May 16, Alastair MacRae Collie, died at his home from a long illness. He was 88 years of age. Born in England, Mr. Collie was graduated from Eton College in 1940, and from Trinity College, Cambridge University in 1948. During WWII, Mr. Collie served as a Captain in the Grenadier Guards from 1942-1947. Captain Collie was awarded the Military Cross with special commendation by King George VI of England. Additionally, Captain Collie was personally thanked by the Brigadier General, commanding the 2nd Canadian Parachute Division at the end of the operation for "restoring a very difficult situation". In 1948, upon graduating from Trinity College, Cambridge University, Captain Collie, a civil engineer, came to this country to join the firm of his maternal grandfather, J. E. Greiner (now URS). Mr. Collie was associated with all the bond revenue projects for Greiner including the Baltimore Harbor Tunnel and Chesapeake Bay Bridges. From 1961 to 1969 he was resident manager in Boston, Massachusetts, representing Greiner with the Massachusetts Port Authority of their expansion program at Logan Airport. Upon his return to Baltimore, MD, and until his retirement from the company in 1991, he was responsible for such projects as the John F. Kennedy Memorial Highway, the Jones Falls Expressway, the Maryland Ship Building dry dock property for Toyota, the Delaware Turnpike, a marine terminal at Hawkins Point, MD and many on-call Physical Planning Services for the Maryland Port Administration. Mr. "Allstar" Collie was an avid golfer and club champion at the Baltimore Country Club. Proficient in many other athletic endeavors, Mr. Collie could be seen returning a particularly difficult volley in tennis by striking the ball between his legs on the run. "Saved a step," he would say. Married in 1951, Mr. Collie is survived by his wife, the former Virginia Gwyer of Philadelphia, PA; a daughter, Alexandra Wilson; two sons, Michael and Hugh Collie of Baltimore, MD; six grandchildren; and one great-granddaughter.
A Memorial service will be held 11 AM at the Old St. Paul's Church on July 14. In lieu of flowers, donations may be made to the American Cancer Society, P.O. Box 43025, Baltimore, MD 21236.
Published by Baltimore Sun on Jul. 10, 2012.
To plant trees in memory, please visit the Sympathy Store.
MEMORIAL EVENTS
To offer your sympathy during this difficult time, you can now have memorial trees planted in a National Forest in memory of your loved one.
MAKE A DONATION
Please consider a donation as requested by the family.
MEMORIES & CONDOLENCES
5 Entries
I am deeply honored to have known Alastair Collie, a true gentleman. They broke the mold after he came along, and I doubt any other man could have been the equal of the one and only Ginny Gwyer. My warmest and loving sympathies to the whole Collie family. Alastair - you are sincerely missed.
Jake Baker
July 12, 2012 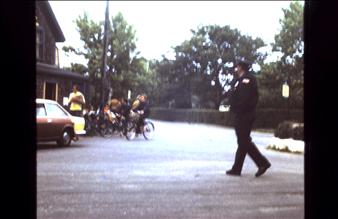 I will always remember Mr. Collie as the perfect example, right out of Hollywood Central Casting really, of the upright, stiff upper lip, cool dry sense of humor, highly intelligent and verbal English man. His sense of humor, especially, was a marvel: bone dry, often kidding-but-kind, wry and witty, delivered with that trademark twinkle in the eye. It was a pleasure to know him, and we'll miss him greatly.
Christian Melby
July 11, 2012
Many Blessings to the Collie Family. Alastair was indeed a Gentleman and I enjoy my time in his company and at work at Greiner.
Jim Lutz
July 11, 2012
Alastair was a gentleman and it was a pleasure to have been associated with him during the design and construction of the Interstate System in Baltimore City.
Lewis Heiner
July 10, 2012
To the Collie family:
My deepest sympathies for the loss of Mr. Alastair. May God's Word provide you strength during this difficult time. (Isa. 41:10,13)
Tommyia Crawford
July 10, 2012
Showing 1 - 5 of 5 results