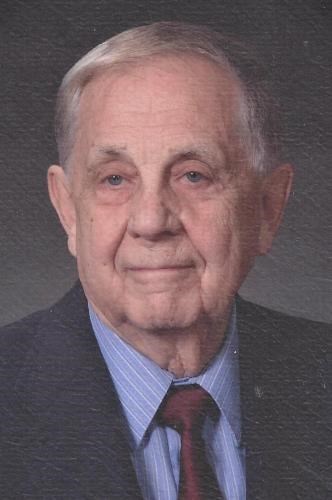 FUNERAL HOME
Singleton Funeral Home
1 2nd Avenue SW
Glen Burnie, MD
Benjamin Everett Beavin, Jr., 94 of Linthicum Heights, passed away on January 9, 2022, after a long illness that began with a fall in 2019. Mr. Beavin was born on October 29, 1927, in Baltimore City to the late Benjamin E. and Eleanor (nee Cromwell) Beavin, Sr. Along with his parents, he was preceded in death by his beloved wife of 62 years, Corrine W. Beavin and his daughter, Eleanor B. Hoyt. He is survived by his daughter, Marcia B. Bennett, her husband, David; his son, Benjamin E. Beavin, III, as well as his grandchildren, Lindsay Rae Ledebur and Jenna Corrine Bennett and two great-grandchildren. A lifelong civil and environmental engineer, "Ben" worked as a project engineer and project manager at the Beavin Company since its founding in 1955 by his father, Benjamin Everett Beavin, Sr. He became senior partner in 1972. A 1950 Rensselaer Polytechnic Institute graduate, Ben retired from the Company in 1997.

The family will receive visitors at Singleton Funeral & Cremation Services, P.A., 1 2nd Ave. SW (at Crain Hwy) on Wednesday, January 19, 2022, from 3-7 pm. A Funeral Service will be held at St. John Lutheran Church in Linthicum on Thursday, January 20, 2022, at 10 am. The Interment will be held at St. Anne's Cedar Bluff Cemetery, Annapolis. Memorial contributions may be made in Ben's name to St. John Lutheran Church, 300 West Maple Road, Linthicum, MD 21090.
Published by Baltimore Sun on Jan. 16, 2022.
To plant trees in memory, please visit the Sympathy Store.
MEMORIAL EVENTS
To offer your sympathy during this difficult time, you can now have memorial trees planted in a National Forest in memory of your loved one.
Funeral services provided by:
Singleton Funeral Home
MAKE A DONATION
MEMORIES & CONDOLENCES
Sponsored by The Baltimore Sun.
2 Entries
At age nine, I first knew Uncle Ben when he began dating Aunt Corrine, visiting from SD, at our house. After their marriage, our families spent many holidays and times together, I babysat for the Beavin kids, we all worshipped at St. John Lutheran, Dad played golf with Ben, our parents played bridge together, etc. SO MANY memories! After I moved to the west coast, we visited more infrequently but still kept in touch. We know that Uncle Ben has had many health challenges in recent years so pray for a new life for him and we pray for peace for Marcia and Ben who have lost their father.
Rae Rustad Otto
Family
January 16, 2022
Marcia & Ben- I know how hard it is to say good bye to Uncle Ben. He had such a good long life with the love of a wife and 3 children; a successful career as an engineer and many friends. Please hold the many memories you have of your Dad in your heart. I pray that God grant you a peace knowing he is now reunited with your mom and Eleanor.
Janet Rustad Baker
Family
January 11, 2022
Showing 1 - 2 of 2 results