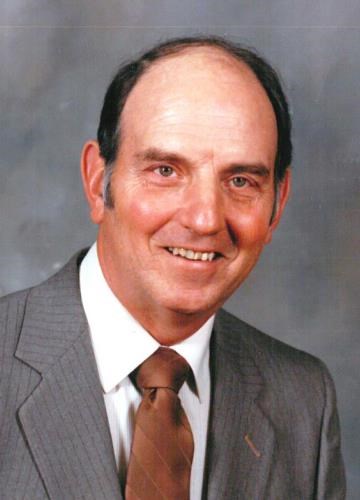 BORN
1930
DIED
2021
FUNERAL HOME
Harkins Funeral Home Inc
600 Main Street
Delta, PA
Life story written by his family - On Thursday, November 25, 2021, Edward Drummond Yoder, passed away at the age of 90. Ed was born on December 24, 1930, and raised in Somerset County, Pennsylvania in a small Amish and Mennonite community. After marrying and having their daughter, Debbie, Ed and his wife, Colleen moved to Harford County where Ed worked for the Dairy Herd Improvement Association as a local milk tester and later a sales representative for the Pioneer Seed Company. He was well acquainted with the local farmers in Harford County and became a close friend and confidant to many in the farming community. He was a long-time member of Emory United Methodist Church in Street and of Deer Creek United Methodist Church in Forest Hill. Later in life, after the loss of his wife Colleen of 49 years, he reconnected with long-term friend, Janet Wagoner, whom he married in 2004.

Ed had a love of nature, gardening, and was an avid beekeeper. He ran successful local businesses, raising and selling many types of animals over the years. On any given day, you'd be likely to find his King Bee Apiary honey in the local supermarket. He and Colleen hosted school groups at their home, and he was passionate about educating others of the benefits of honey and bee products to promote good health. Over the years, Ed was an active member of many Harford County associations, including the Susquehanna Beekeepers Association, the Free State Snowmobile Club, the Harford County Farm Bureau, and the Harford County Republican Club. He was named Harford County Republican Man of the Year and Harford County Living Treasure by the county council. Ed was once appointed to the Maryland delegation to the Republican National Convention, and he served for many years on the Harford County Board of Elections. He was passionate about politics and remained a staunch Republican his entire life. Ed had a quick wit, loved to engage in a debate, was knowledgeable about a range of topics, and exuded pride and love for his family. He was also an excellent cook, and he commanded a presence when he led you onto the dance floor.

Ed was preceded in death by his mother, Verda; his father, George; his brother Jay; and his wife, Colleen. He is survived by his wife, Janet; daughter and son-in-law, Debbie and Jim Harkins; his granddaughters, Andrea Harkins Parrish and Stephanie Melefsky; and his great-grandsons, Grant, Emory, Levi, and Jackson. He is also survived by his stepdaughter, Kim Penn; stepson Brandon Wagoner; and step grandchildren Ashlee, Matthew, Marc, Ryan, Daniel, and Richard; and step great-grandson Zachary.

Funeral services were held on Tuesday, November 30, 2021 at Emory United Methodist Church with his minister, Pastor Stephen Smith officiating. In lieu of flowers, his family would appreciate memorial contributions to the church at the above address.