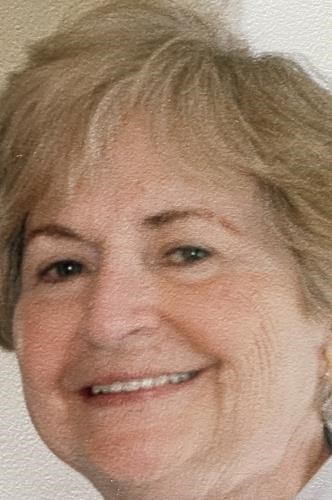 Esther, born on December 20, 1926, in Long Branch, NJ, was the youngest daughter of Mollie Sternbach

Binder, a homemaker, and Alex Binder, a butcher, both of whom were immigrants from Eastern Europe.

hoped, because of the death of her father that same year necessitated her working to help support her

Ocean Township Board of Education in New Jersey.

She was a past president of the Ocean Township PTA and starred in local theater productions.

She relocated to the Baltimore area in 1997 to be closer to her family. She resided in Kauai, HI from

2004 to 2006 to care for her younger son, Keith, during his final illness. She moved to Oak Crest Senior

Esther miraculously survived a near fatal car accident in 2014 at age 88, despite being a passenger in a

car that was hit on her side at 50 mph. After emerging from a coma in the hospital some weeks later,

she was able to communicate for the first time by shakily writing, "Who picked this place?"

Her rapier wit, ever-present sense of humor, consummate baking skills, and dedication to, and love of,

her family and friends will be greatly missed.

Esther is survived by her loving son, Judge Ronald A. Karasic and his wife, Donna.

She was pre-deceased by her parents, and siblings, Idelle Edelstein, Clare Gruber and Ralph Binder, and

Her marriage to Maurice "Chop" Karasic ended in divorce.

A celebration of Esther's life will be held at a later time on her beloved Jersey Shore.

A donation in Esther's memory can be made to Gilchrist Hospice Center Towson, 11311 McCormick Road, Hunt Valley, MD 21031.
Published by Baltimore Sun from Oct. 12 to Oct. 13, 2021.
To plant trees in memory, please visit the Sympathy Store.
MEMORIAL EVENTS
To offer your sympathy during this difficult time, you can now have memorial trees planted in a National Forest in memory of your loved one.
Funeral services provided by:
Sol Levinson & Bros - Pikesville
MAKE A DONATION
MEMORIES & CONDOLENCES
Sponsored by The Baltimore Sun.
1 Entry
Sending my sincere condolences to Ron and the rest of the family at this sad time.
Marvin Robbins
October 12, 2021
Showing 1 - 1 of 1 results