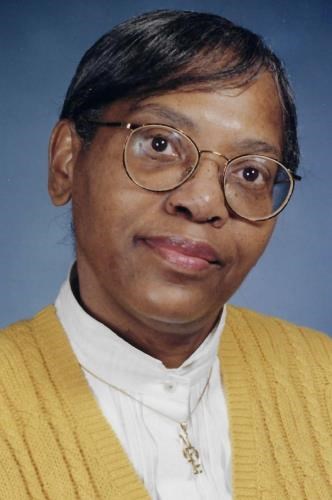 On Thursday, September 23, 2021, Margaret Frances Harmon passed over into eternal life at Riverside Shore Memorial Hospital, after a lengthy illness.

Margaret was born November 22, 1941, in Baltimore, MD to the late Emerson and Mandy Johnson Harmon, formerly of Jamesville, VA. Margaret received her education in the Baltimore City Public Schools. She received a Bachelor of Arts Degree in French and minor in German at Morgan State University in 1964, a Master of Arts degree in French and Master of Education degree in Latin from Millersville University.

Margaret continued her education studies by completing graduate courses in Education at John Hopkins University and summer programs at the Universities of Strasbourg, Avignon, and Dijon, France. She was a member of Maryland Foreign Language Association where she served as president 1991 - 1992 and co-author of Bridge Program Supplement - First Year Latin, Prentice Hall, Inc.

At a very early age, Margaret gave her life to Christ and joined Ames Memorial United Methodist Church in Baltimore, MD where she served faithfully until her health declined. Margaret loved to travel to foreign countries, reading and listening to classical music. Margaret was a member of the Alpha Kappa Alpha Sorority.

Margaret taught French, Latin, and German in the Baltimore City Public School system for 41 years. She taught at Western High School from 1992 until her retirement in 2008.

Due to illness, Margaret moved in 2012 to the Eastern Shore of Virginia along with her mother to be near family members. During her illness she has been a resident at The Citadel (formerly Heritage Hall) in Nassawadox, VA.

Margaret leaves to cherish her everlasting memories three very devoted cousins, Crosby (Edith) Johnson of Cape Charles, VA, David (Leola) Johnson of Camden, Delaware, and Augustus Harmon of Pleasantville, New Jersey. She also leaves many other cousins, family members and friends.
Published by Baltimore Sun on Oct. 9, 2021.
To plant trees in memory, please visit the Sympathy Store.
MEMORIAL EVENTS
Oct
8
Visitation
4:00p.m. - 6:00p.m.
John O. Morris Funeral Home
6328 Lankford Hwy., Nassawadox, VA
Oct
9
Graveside service
11:00a.m.
Ebenezer Baptist Church Cemetery
9504 Occohannock Road, Exmore, VA
MAKE A DONATION
MEMORIES & CONDOLENCES
Sponsored by The Baltimore Sun.
9 Entries
Ms. Harmon was an exceptional teacher, and I feel very lucky to have learned Latin from her. "Palmam qui meruit ferat." - Honor to the one who has earned it. Ms. Harmon has earned her reward. Rest in Power.
Russell Bartholomee
School
October 13, 2021
Ms. Harmon was my teacher at Baltimore City College in the 1980´s. What a kind, sweet, and patient lady! I am grateful to have known her! Condolences to her family and may she rest In Peace!
Jackie Hilton
October 11, 2021
Ms. Harmon was my Latin teacher at City. She was such a beautiful person.
Michelle Friend
School
October 11, 2021
My condolences to Ms. Harmon family She was a wonderful quiet spirit teacher at Northern High school year1977 graduate.
Ernestine Noel-Chesley
October 10, 2021
Sending my condolences to the loved one of Ms Harmon. I have fond memories of her as my French Teacher at Northern High School class of 1980
Kim Douglas
School
October 10, 2021
I am so sorry to hear of Margaret's passing. I worked with Margaret in the Baltimore School System and we spent many Saturdays together wth the Maryland Foreign Language Association. She was a true scholar, devoted educator, and a kind lady. May she find eternal peace as an Ivy Beyond the Wall.
Dr. Judith Smith
October 9, 2021
She was my high school French Teacher. Very classy lady. Rest in Heaven.
Tyrina (Douglass)
October 9, 2021
Ms. Harmon taught me at Northern, Class of `76. She was amazing! And it was an honor to be her student.
Marjorie Och
School
October 9, 2021
Ms. Harmon was such a treasure. She was one of the most amazing teachers I ever had. I learned so much from her in Latin class. Gems that still carry on today. Blessings and comfort to her family and friends. Thank you for sharing her with her students.
Sierra Myers Blue
School
October 9, 2021
Showing 1 - 9 of 9 results