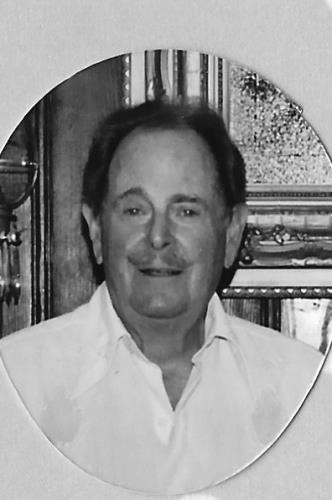 Born in Brooklyn in 1924 to Rose and Albert Adler, Ray grew up in Poughkeepsie. He was a WWII veteran and a member of the storied 10th Mountain Division. A gifted draftsman and skilled carpenter, Ray founded Ray Adler Inc. General Contractors in Stamford, Conn. in 1962. Highlights of his career include buildings at West Point Academy, Quinnipiac College and Homestead Air Force Base. Ray could fix anything and was a master furniture maker. He built his first house for his bride Helen Elaine Harris when they married in 1948.

Ray had an adventurous spirit. He added a second story to a winter home in the Dominican Republic, even though he could barely speak Spanish.

Ray and Helen raised three daughters, Andrea, Randi and April in Stamford. He had a passion for automobiles, belonging to car clubs in Connecticut and Maryland, where he moved in 1990. His Alvis, Fiat Dino and 1968 R/T Dodge Charger were favorites. At age 90, Ray won Second Place at the A.A.C.A. National Fall Meet in Hershey, Penn. with his red 1988 XJ6 Jaguar convertible.

Ray was a world traveler, visiting nearly every European country, Africa and Russia. He was a history buff with a vast collection of Abraham Lincoln memorabilia.

Ray's family will always treasure their 2017 trip to Poughkeepsie. With daughters Andrea and April and 4 grandchildren, they toured the Hudson River Valley, hearing stories about his idyllic childhood during The Depression. Ray graduated from Poughkeepsie High School in 1942, and after the war attended both Bates and Alfred colleges.

Ray was a dear friend and an animal lover who always had a dog by his side. Ray was truly larger than life, a member of the Greatest Generation who will be forever missed.

In addition to his daughters Andrea (Bill) of Catonsville and April (Dr. Justin) of Millersville, Ray is survived by grandchildren Mariel, Alanna, Jayna and Jack, as well as nephew Cliff Adler and niece Amber Pregnolato. He was pre-deceased by his daughter Randi in 1999 and ex-wife Helen in 2001. A marriage to Barbara Venezia Ross ended in divorce.

Due to the Covid pandemic, a celebration of life will take place at a later date. Arrangements are being made by Mac Nabb Funeral Home in Catonsville. In lieu of flowers, please make donations to the SPCA.
Published by Baltimore Sun on Jan. 16, 2022.
To plant trees in memory, please visit the Sympathy Store.
MEMORIAL EVENTS
To offer your sympathy during this difficult time, you can now have memorial trees planted in a National Forest in memory of your loved one.
Funeral services provided by:
Macnabb Funeral Home
MAKE A DONATION
MEMORIES & CONDOLENCES
Sponsored by The Baltimore Sun.
2 Entries
Dear Andrea and April, I am sorry to learn of the loss of your dad. He and I enjoyed talking about the history of architecture in Homeland and we spent several months before COVID began searching for the right downtown apartment set up that would be attractive to a `car free´ lifestyle that put him just a bit closer to you girls. I enjoyed his practical sense, his humor and his love of animals! Though he certainly had a full life to 97, I know it leaves family with big holes in there heart. Know that he was certainly proud of you. Carol Gould
Carol Gould
Friend
January 23, 2022
Dear Andrea and April. So sorry for your loss. I was a good friend of Randi's and miss her very very much. I didn't have a chance to meet your father but he sounds like a fascinating person. He will be missed by all of you but he will be lovingly remembered during stories shared with family and friends. Love Cathy
Cathleen A Price
January 18, 2022
Showing 1 - 2 of 2 results