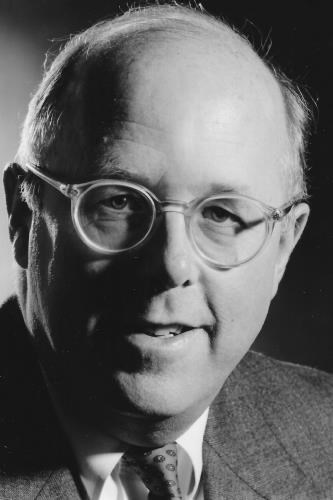 Thomas Peirce Perkins, III, former partner at Venable LLP and trustee of the Enoch Pratt Library, the Baltimore Aquarium, and the Bryn Mawr and Gilman Schools, died December 31 at the Goodman Brown Hospice in New York. He was 82. Tom leaves behind his wife Sarah Brown of Brooklyn, daughters Anne G. Perkins of Boston and Virginia M. Perkins of Baltimore, son-in-law Richard J. High, and five grandchildren: Lily, Robby and Mac Perkins-High, and Isa and Silvio Guitian. He is also remembered by his first wife, Anne S. Perkins of Baltimore, and the daughters and grandchildren of his wife Sarah Brown. Tom was predeceased by his son Robert Rennert Perkins, his sisters Margaret Perkins Brewster and Georgia Perkins Ashforth, and his second wife, Harriet Granet. A memorial service will be held at the Lady Chapel, Cathedral of Mary our Queen, 5200 N. Charles Street on January 20 at noon, with a reception to follow in the parish hall. Burial will be private. In lieu of flowers, a fitting tribute would be a donation to the Baltimore Education Scholarship Trust (http://www.besttrust.org), where Tom served as Board President and was proud of B.E.S.T.'s success in supporting the education of African American students.


To plant trees in memory, please visit our Sympathy Store.
Published by Baltimore Sun on Jan. 3, 2018.
MEMORIAL EVENTS
Jan
20
Memorial service
12:00p.m.
Lady Chapel, Cathedral of Mary our Queen
5200 N. Charles Street
MEMORIES & CONDOLENCES
Sponsored by The Baltimore Sun.
3 Entries
Tom was a fierce fighter for what was right and always led the charge wit abandon-
my condolences,
Bart Harvey
January 11, 2018
MY DEEPEST SYMPATHY TO THE PERKINS FAMILY AND FRIENDS. LOSING A LOVE ONE IN DEATH IS NEVER EASY. ONE DAY MANY WILL HAVE THE OPPORTUNITY TO LIVE AGAIN. MAY THE COMFORT OF EVERLASTING LIFE SUSTAIN AND COMFORT YOU DURING THIS DIFFICULT TIME. JOHN 17:3
DM
January 4, 2018
Lifelong great friend, complex and wonderful mana sad goodbye! Too many memories.
Talbott Huey
January 3, 2018