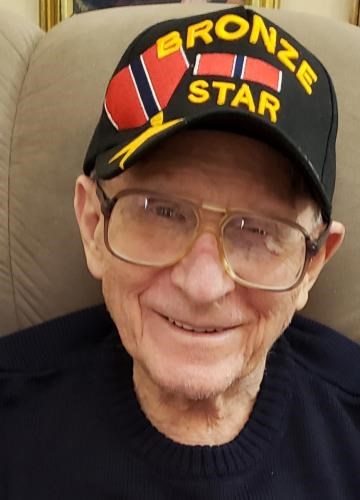 UPCOMING SERVICE
Interment
Oct, 27 2021
1:30p.m.
Florida National Cemetery
Send Flowers
William R (Bill) Hydro, 95, formerly of Bel Air, Maryland, passed away on July 18, 2021 in Clermont, Florida. Bill was born to Joseph and Mary Hydro in Nesquehoning, Pennsylvania. Being an excellent student, he graduated from high school at 17 and earned a scholarship to attend Franklin & Marshall College in Lancaster, Pennsylvania. After his first year, he paused his education to enlist in the Army. As a member of the 4th Armored Division, he earned several medals and the Bronze Star.

After his discharge, he returned to F&M to complete his degree. During this time he met the love of his life, Barbara George, while attending a dance. After completing his Bachelor's Degree in chemistry with honors, he went on to earn a Master's Degree from the University of Maine. He and Barbara married in 1952 and went on to have 5 children. Bill worked at several companies to advance his career, eventually accepting a position in 1962 at the Department of Defense at Edgewood Arsenal in Maryland, retiring in 1989. Throughout his career, he was awarded many patents and earned numerous awards. In addition to being a brilliant scientist, Bill was a devoted family man. He loved taking his family on vacations, especially in their camper, and he loved dancing with his wife. He and his wife were founding members of the Christ Our King Presbyterian Church in Bel Air. Also, Bill served a term as President of the Colonial Acres Development, overseeing vast community improvements.

Bill was preceded in death by his dear wife Barbara, and by 3 brothers and 3 sisters. He is survived by his children Linda (Larry) Wahl, Jackie (Ralph) Vitiritti, William Hydro, Lisa Wright and Leah (Russ) Perkins, and by his sister Betty Biank. With 10 grandchildren, 13 great-grandchildren and 1 great great-grandchild, his memory and legacy will live on.

Bill's ashes will be interred, along with those of his wife, at the Florida National Cemetery in Bushnell, Florida, on October 27 at 1:30 p.m., with military honors. Any memorial donations should be sent to the VFW Foundation.
Published by Baltimore Sun on Sep. 17, 2021.
To plant trees in memory, please visit the Sympathy Store.
MEMORIAL EVENTS
Oct
27
Interment
1:30p.m.
Florida National Cemetery
Bushnell, FL
MAKE A DONATION
MEMORIES & CONDOLENCES
Sponsored by The Baltimore Sun.
0 Entries
Be the first to post a memory or condolences.