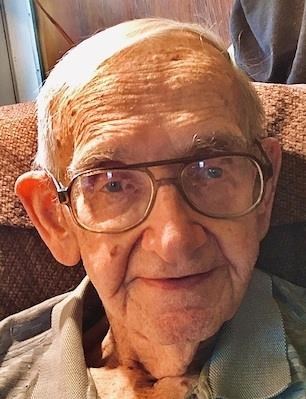 Battle Creek - Dean Oliver Barnum, 87, of Battle Creek, Michigan, passed away on Friday, August 28, 2020 at Glenn Arbor Hospice Residence. He was born on February 14, 1933, the son of Charles J. and Florence (Webb) Barnum.

Dean graduated from Battle Creek Central High School, and then joined the United States Army Reserves. He was an instructor of History and American Government. He was a KCC faculty member for 23 years, and was also previously employed by Kellogg's. For many years, he played basketball with the KCC Noon Basketball League. He was the last survivor of his brothers and sisters.

Dean was an avid hunter and fisherman, he enjoyed being outdoors. He had a vast collection of books, and enjoyed doing the New York Times crossword puzzles in ink.

To honor his wishes, cremation has taken place. A celebration of life will be planned for a later date.


Published by Battle Creek Enquirer from Aug. 29 to Aug. 30, 2020.
To plant trees in memory, please visit the Sympathy Store.
MEMORIAL EVENTS
To offer your sympathy during this difficult time, you can now have memorial trees planted in a National Forest in memory of your loved one.
Funeral services provided by:
Baxter Funeral & Cremation Service
MAKE A DONATION
MEMORIES & CONDOLENCES
Sponsored by Baxter Funeral & Cremation Service.
3 Entries
My favorite teacher at KCC.
Jon Caulkett
Student
September 7, 2020
Dean was beloved by all at BC CENTRAL always in the middle of everything, ambushes and determined, may God bless his soul, he was one of the good guys.
Tedd Evans Sr.
Classmate
August 30, 2020
Thank You for the apple, Professor.
Steven Lewis
Student
August 30, 2020
Showing 1 - 3 of 3 results