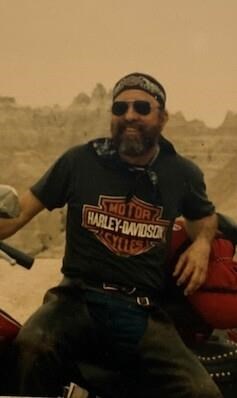 Calico Rock - James Edward Mattix, 71 of Calico Rock passed away Wednesday, June 30, 2021, at the Baxter Regional Medical Center in Mountain Home. He was born December 20, 1949, in Jonesboro, Arkansas to Lois and James Lowell Mattix. James was an enthusiastic outdoorsman. He enjoyed being on the river, fishing and hiking. James loved riding cross country on his Harley Davidson with close friends and family who also loved to ride. He enjoyed hanging out in what he called the "Dog House" listening to music and entertaining his friends and family. As a young man, he went to work managing the printing department for St. Bernard's Hospital. He went on to get his real estate license and moved to Mountain Home, where he sold property in Baxter County. He also owned and operated Two Rivers Tavern in Norfork, Arkansas. James is preceded in death by his wife, Leah Woods Mattix; his father, James Lowell Mattix; grandparents, Stella and Jesse Mattix; one aunt, Constance McLavely; two brothers, David Pickens and Ricky Mattix; two nephews, John White and Sam Pickens; a niece, Linda Pickens; an infant daughter, Shelly Mattix and a brother-in-law, Gene Billingsley.

The online guestbook and obituary are available at www.connerfamilyfuneralhome.com.