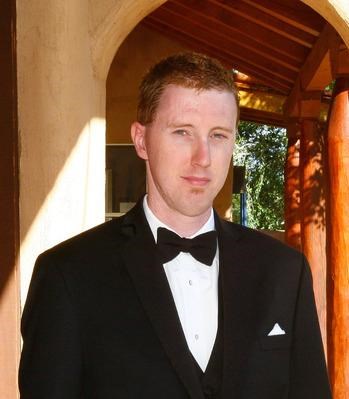 James Henry Stone, 32, of Conroe, Texas, formerly of Clarkridge, Arkansas passed from this Earthly life on January 19, 2015. James was born April 22, 1982, to Wallace and Joan Stone of Clarkridge. A public memorial service and celebration of James' life will be held at 11 AM on Saturday, January 31, 2015 at Thacker Cemetery, Highway 201 North, under the direction of Jeremy Liebbe, a minister and close friend of both James and Jay. James and Jay were able to finally see their dream of marriage come true on their 10th anniversary, August 28, 2014 in a private retreat ceremony outside Santa Fe, New Mexico. James and Jay spent several weeks traveling the states and seeing sites, which they thoroughly enjoyed. James was the best partner, spouse, family member and friend that anyone could have ever asked for. James was a very unique individual, having many hobbies and talents. Anything he touched that was broken would be fixed. James had previously worked in the medical field, as well as information technology and private investigations. James and Jay were about to open up a technology supercenter store front, which James had always dreamed of doing. James enjoyed working on cars, fixing things that did not work or needed repaired, building computers, studying science, riding his motorcycles, and taking vacations around the state and country. James wanted to make a difference in the world, and had a strong interest in science and artificial intelligence. Science and technology were his favorite things. He held an Associate's Degree in Information Technology. James' computer "workshop" took consisted of about 30 computers, and boxes of motherboards, and other computer parts as well as electronics. He loved astronomy. Science and Technology was his passion. James was a caretaker and advocate for those who were elderly, sick, oppressed, or in need. One could always count on James to be there for them in their time of need. In October 2013, James and Jay completed a motorcycle safety course, and James became interested in sport bike riding, owning two Ninjas, in addition to his 2014 Z71 Four Wheel Drive pickup. James had suffered from Sjogren's syndrome, a genetic autoimmune disorder for a number of years, fought paralysis on multiple occasions, re-learned to walk and care for himself, however, despite the pain from the disease, he continued to fight courageously and valiantly until the very end. He was a very loving, caring individual, one who can never be replaced. He was one of a kind. He was preceded in death by his father, Wallace Stone; sister, Polly Stone; his Uncle William McGinnis, grandparents Roy and Virgie Stone, as well Eul McGinnis and Velma McGinnis. He is survived by his loving partner and spouse of 10 years, 5 months, John A. (Jay) Hoskins of Conroe; Texas; mother Joan Stone of Conroe; his loving cat, Missy, whom he took in in 2006; brothers Michael Stone and wife Kaye, of Bolivar Missouri, Roland Stone and wife Becky; as well as brothers Frankie and George Stone and their family. He is survived by multiple cousins, nieces and nephews, as well as aunts and uncles, and host of close friends. His personality and soul touched everyone he met. The family asks that any flowers be sent or brought to Thacker Cemetery prior to the celebration of James' life. James' remains will be interred next to his father, Wallace, and Sister Polly Stone. Until we meet again James, you will always hold our heart. Your family and I love you more than you ever know. You were the best and most caring, loving person I ever met, and I am thankful for all you taught me and the love we shared in our over 10 years together. I will love you forever and always, with all of my heart- Jay.


Published by Baxter Bulletin from Jan. 28 to Jan. 30, 2015.
To plant trees in memory, please visit the Sympathy Store.
MEMORIAL EVENTS
To offer your sympathy during this difficult time, you can now have memorial trees planted in a National Forest in memory of your loved one.
MAKE A DONATION
MEMORIES & CONDOLENCES
15 Entries 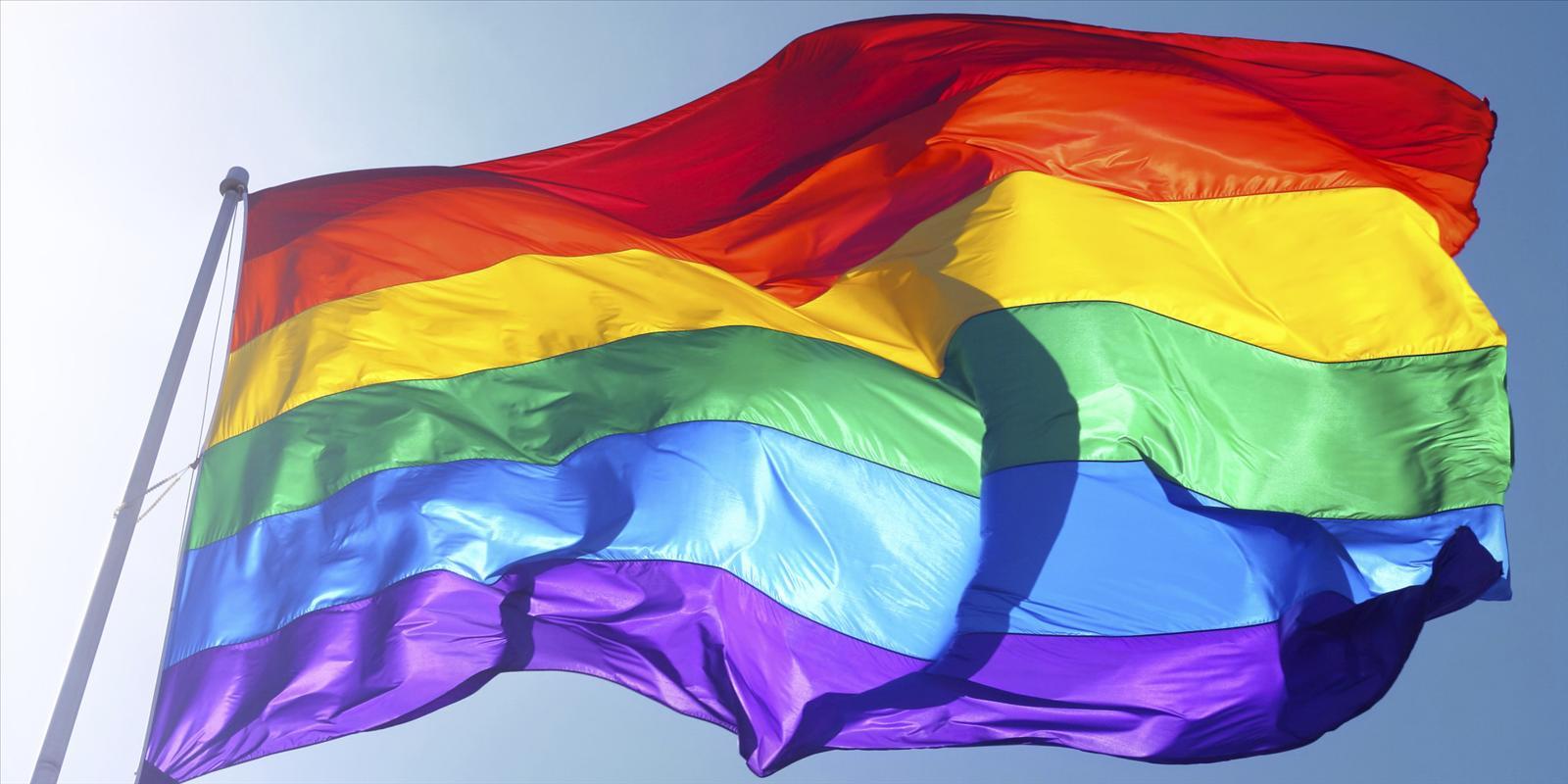 Our sincerest condolences to the family, especially to his husband Jay. Much love, Patrick & Glenn.
Patrick McArron
August 7, 2015 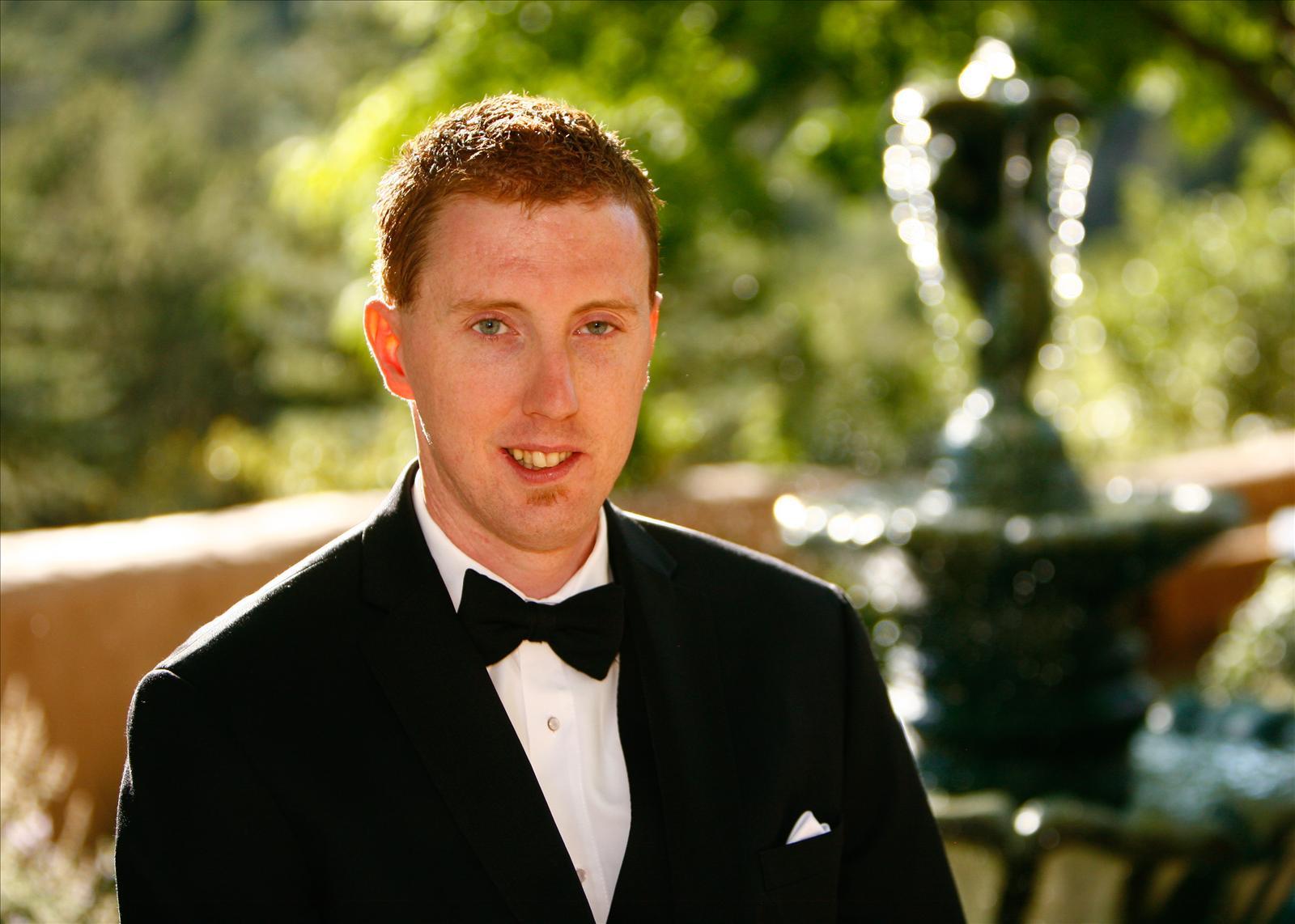 j hoskins
February 11, 2015
Our thoughts and prayers are with each of you who are grieving the loss of such a kind and warm soul. Jay and Joan, God bless you as you make your ways through the days, weeks and months ahead. Continued love to you all.
S Chilton
February 5, 2015 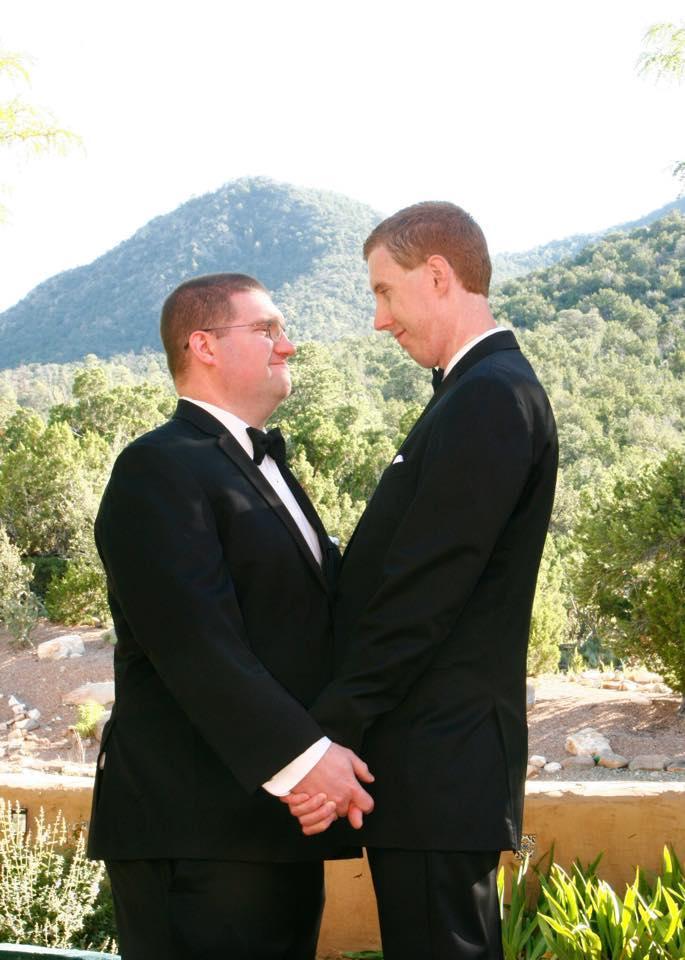 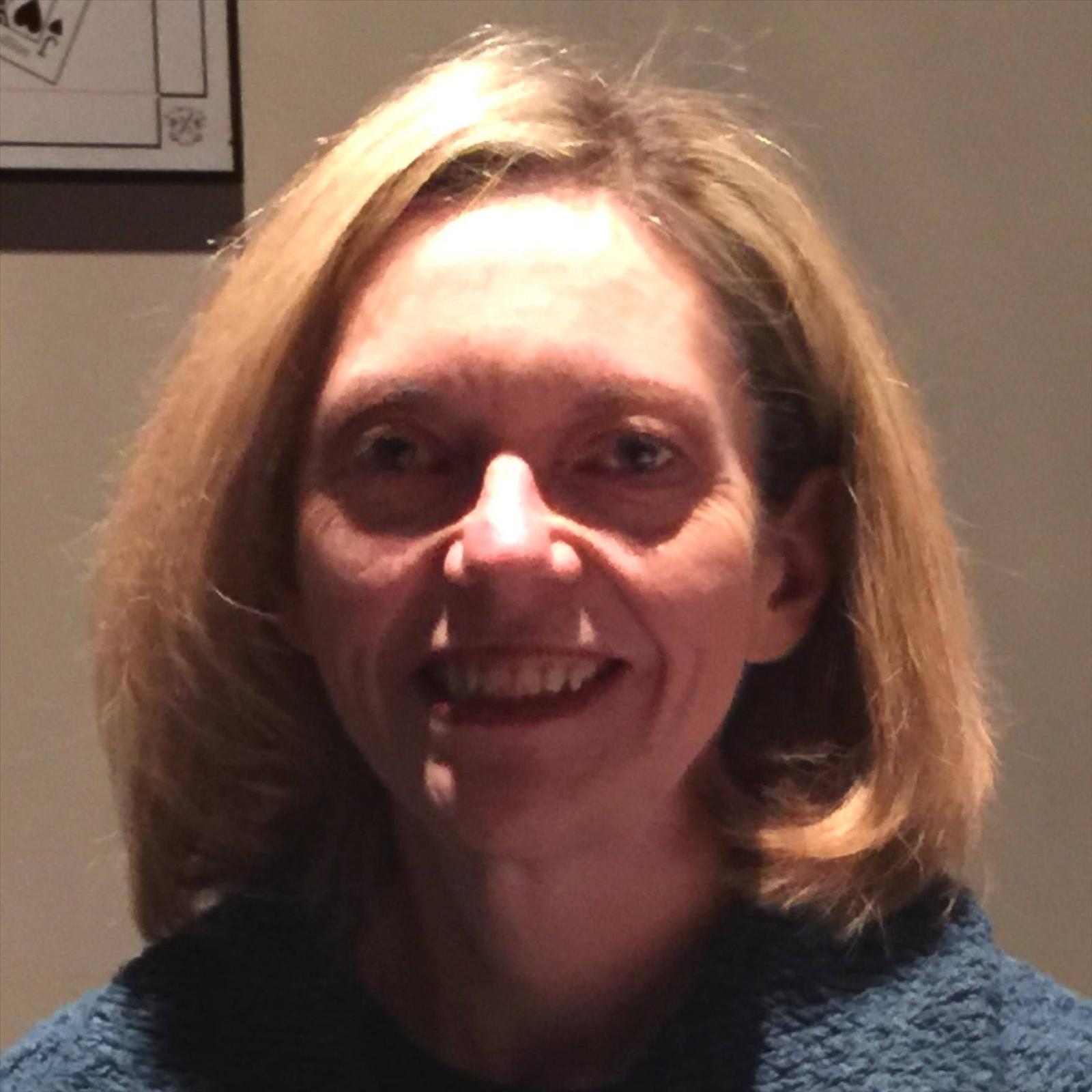 I never knew James, but read about him on social media. After reading his obituary, I was touched and wanted to wish peace, comfort and healing to his spouse, family and friends of this inspiring young man. I hope you don't mind a stranger offering a tribute. Just offering my best wishes int he spirit of universal love.
Deborah Sanedaa
February 2, 2015
Rest in Peace.
Ellen Burton
January 29, 2015
Gone is the darkness of suffering. You are now a light shining brightly in the heavens above. You will be missed by many. May your family find comfort in knowing that you are no longer in pain. Rest in peace. With Love, Mary Jane, Josh, & Dona
Mary Jane Dalton
January 28, 2015
Mary Jane, Josh, & Dona
January 28, 2015
Jimmy you will greatly be missed. Thank you for your loving ways toward Jay and the help you gave in taking care of my Mom and Dad while they were passing. And taking care of me during my surgery. Jay and Joan I pray for you,ll to have peace during this time.
Love Nanie
tammy hoskins
January 28, 2015
James, you taught me more than you will ever know. I am thankful for the 10 1/2 years of loved we shared together. You will be in my heart, mind and soul always.
J Hoskins
January 28, 2015 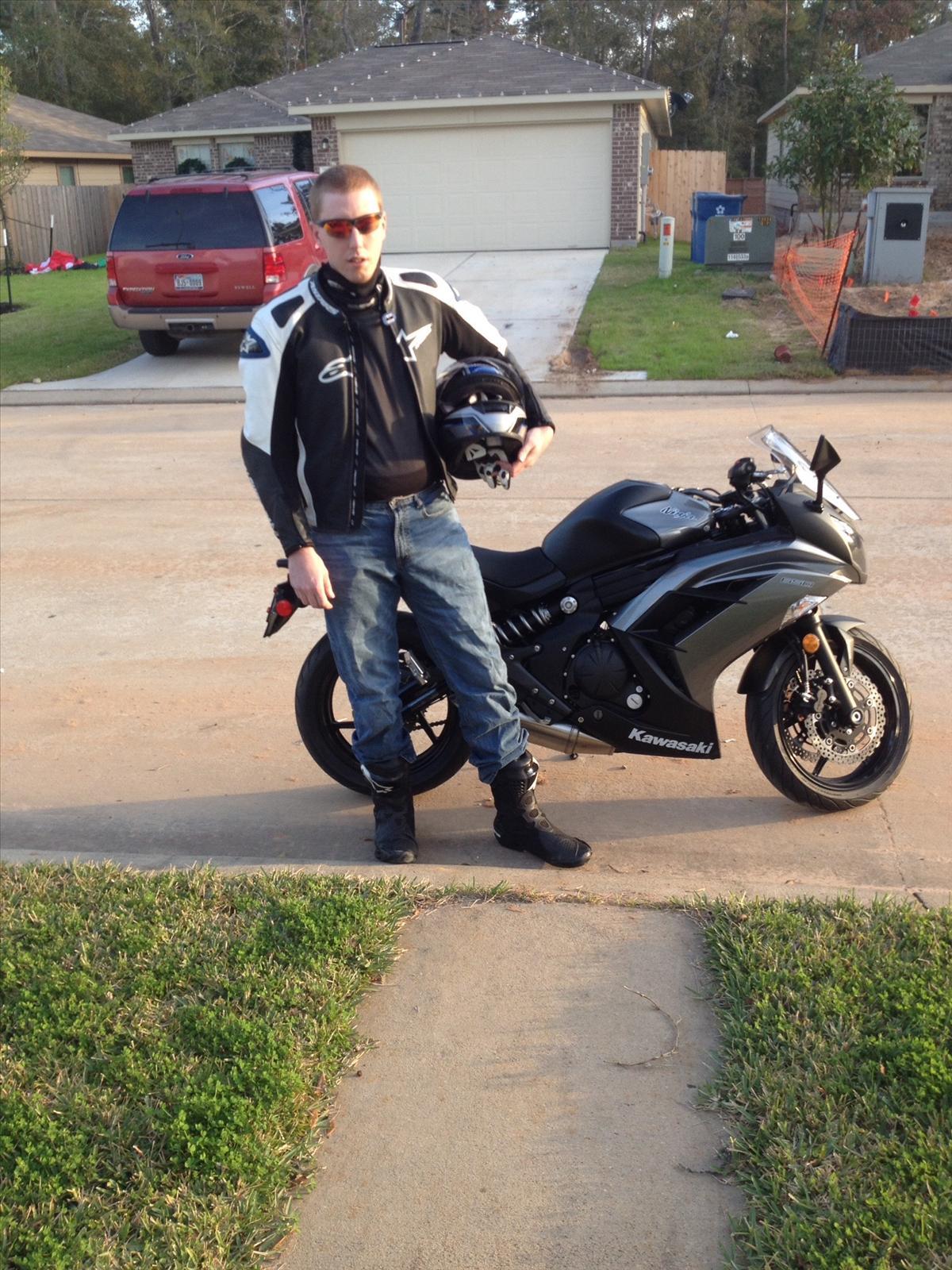