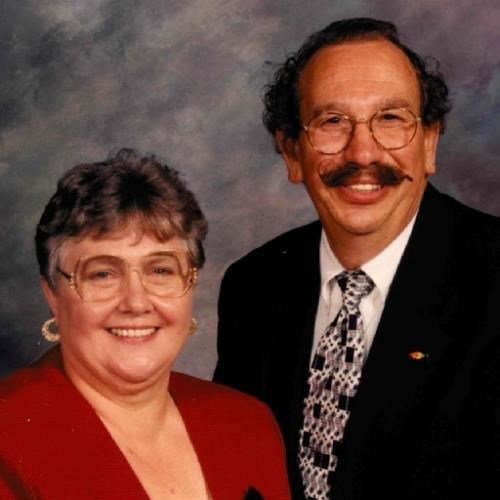 BORN
1936
DIED
2021
FUNERAL HOME
Skorupski Family Funeral Home & Cremation Services - Bay County
821 N. Pine Rd.
Essexville, MI
DECKER, Gerald Fredrick Bay City, Michigan Gerald Fredrick Decker passed away on September 19, 2021, at the age of 84, at McLaren Bay Region in Bay City. His battle with serious medical issues during the past several years showed his courage in facing life challenges with a smile. Despite the pain, Gerald continued to look to the future with positivity and is a hero who remained determined, strong and brave through his last breath. He was humorous, supportive, honorable, and most importantly a loyal husband, father, grandfather, brother, uncle, and friend. His was a life well lived and he was so dearly valued and loved. Gerald was born in Huron County on October 23rd, 1936, the son of the late Fredrick and Florence (Stroschien) Decker. He attended Pigeon High School, where he met the love of his life, the former Florence Diebel. Their 65 years together were blessed with one daughter, one granddaughter and countless memories. After graduation, the two high school sweethearts were united in marriage on February 28th, 1956. Gerald went on to serve his country honorably in the U.S. Army for 20 years. For many years, Gerald was a car salesman with both Dunlop Pontiac in Bay City, and later Mike Young Pontiac in Frankenmuth. After retirement, he was also employed by Monitor Sugar and McLaren Hospital. He enjoyed his time volunteering as a classroom aid in his granddaughter's class at Hampton Elementary. Never one to be idle, he always enjoyed being involved. In his free time, Gerald enjoyed golfing, volunteering and was very active in his church, formerly Madison Ave. United Methodist Church, and later St. Luke's United Methodist Church in Essexville. He was a member of the Essexville-Hampton Lions Club and enjoyed volunteering with the soccer team at Garber High School. His kind and loving ways will forever live on in those of us who loved him. To carry on his legacy, Gerald leaves his loving wife, Florence Decker; daughter, Jennifer Warner (Edward Sims); granddaughter, Alyssa Warner (fiancee, Thomas Emery); sister, Janice (Thomas) Schafer; sister-in-law, Mary Dast, along with many nieces, nephews, cousins, and friends. In addition to his parents, Gerald was welcomed home to Heaven by his sister, Onalee Rapson and many in-laws. Private arrangements have been entrusted to Skorupski Family Funeral Home & Cremation Services, 821 N. Pine Rd., between Ridge and Center. Gerald will be laid to rest in Chapel Hill Cemetery in Freeland, MI. Memorial contributions may be directed to the wishes of the family. Expressions of sympathy may be shared with the family online at www.skorupskis.com.

Published by Bay City Times from Sep. 23 to Sep. 26, 2021.
MEMORIAL EVENTS
To offer your sympathy during this difficult time, you can now have memorial trees planted in a National Forest in memory of your loved one.
Funeral services provided by:
Skorupski Family Funeral Home & Cremation Services - Bay County
MAKE A DONATION
MEMORIES & CONDOLENCES
Sponsored by The Family.
3 Entries
So sorry to hear about Gerry. He always treated my husband and I well in the years he sold us vehicles. My husband and he shared war stories all the time. They are both up in heaven now most likely doing the same.
Michelle Windt
Friend
September 29, 2021
Flo & family; We will always remember Gerry (& you) @ Golden Friends, when you were feeling up to it. And, Gerry always making popcorn at church, for different events. We offer our sincerest condolences to all of you & he will be surely missed!
Vicki & Eric Ives
Friend
September 24, 2021
Gerry sold me my first GmC at Mike Young. He was a kind and honest guy who took great care of his customers! So sorry for your loss.
Pam
September 23, 2021
Showing 1 - 3 of 3 results