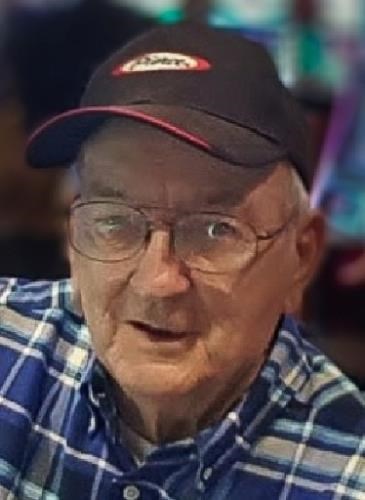 BORN
1933
DIED
2019
FUNERAL HOME
Ambrose and Squires Funeral Homes
1200 Garfield
Bay City, MI
Gruszcynski, Paul V. 7/21/1933 - 5/3/2019 Bay City, Michigan Paul V. Gruszcynski passed away peacefully with his loving family at his side on Friday, May 3, 2019. He was born in Portsmouth Township on July 21, 1933 to the late Sylvester and Irene (Buda) Gruszcynski. He proudly served his country in the United States Army from 1953-1955. Paul then married Barbara Manczak in St. Hyacinth Church on September 21, 1958. He was a Plumber by trade and retired from Local Union 816. Paul is fondly remembered as being a "Jack of All Trades" who loved tinkering in his garage, and going to the casino. Besides his wife Barbara, left to cherish his memory are his three children: Kathy (Randy) VanDenBoom, Dale (Dawn) Gruszynski, and Suzanne Jablonski. Paul was "Papa" to his grandchildren Jason (Keriann), Brad, Kevin (Nicole), Matthew, Nicole (Dan), Kelsey (John), Dana (Shawn), Mikey, and "Great Papa" to Eastin, Emily, Brody, Kody, Kameron, Anthony, Braxton, Finn, Wells, and Baby Laskowski who will be arriving in September. He was preceded in death by his brothers and sister Jerry (Sally), Archie, and Lorraine (Tom) Nowicki. Per Paul's wishes, cremation will take place followed by Military Honors and a Celebration of Paul's Life at Ambrose Funeral Home on Saturday, May 11, 2019 at 12:00 p.m. Paul's family will receive visitors at the funeral home from 9:30 a.m. until the time of service. In lieu of flowers, memorial contributions may be made in Paul's honor to Brian's House. Paul's family would like to extend a special thank you to the staff of Heartland Hospice, Brian's House, and their "angel" Christine, for the care and compassion provided to Paul and his family.