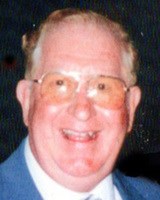 BORN
1927
DIED
2021
FUNERAL HOME
Garland Funeral Home
14733 IL HWY 92
Walnut, IL
Gene Richard Johnson
Born: June 16, 1927 in Sublette, IL
Died: August 11, 2021 in Walnut, IL
Gene Richard Johnson, age 94, passed into the arms of Jesus on Wednesday, August 11, 2021 at Heritage Health in Walnut, IL.
Gene was born in Sublette, IL, on June 16, 1927. He was the son of Greta Waterhouse Johnson Stanley and Howard Johnson. He grew up in Walnut, IL and attended Walnut grade and high schools. After his 1945 graduation, he served in the U.S. Navy as a quartermaster on the Delta Queen Steam Boat (the U.S.S. Delta Queen was commissioned for World War II service in San Francisco Bay). He steered the Delta Queen around Alcatraz to meet the ships that were bring the wounded and returning servicemen home from the Pacific Theater. They were taken aboard the U.S.S. Delta Queen to cross the bay and come ashore.
Gene attended Knox College where he played football and belonged to the TKE Fraternity. After graduation, he was a history teacher at Walnut High School and coached football and track. He later joined GBH Way Homes of Walnut as a salesman for many years. While there he helped create the Walnut Home Center that featured all the amenities that went into the new homes. He was also key in forming the dealers' group when Homeway Homes was formed. Gene married the love of his life, Lois Anita Dimmig, on March 10, 1951 at the Walnut Methodist Church. She preceded him in death on April 29, 2014.
Gene and his wife Lois also lived for a short time in Elkhorn, WI, where Gene became heavily involved in the Wisconsin Chapters of ARC (and was state president). He also helped develop handicap workshops and housing while living in Wisconsin. They returned to Walnut, and later went to Lone Tree, IA and Iowa City, IA, working for Package Structures. They also lived in Vero Beach, FL where Gene opened a business to build prefabricated homes. Later in life, after moving to Princeton, IL, Gene opened Johnson and Associates with his son, Steve.
Gene and Lois had three children, Susan (Gary) Brooks; Scott Michael Johnson (deceased); and Steven Blair Johnson of Ripon, WI. Their grandchildren include Christopher Prokes of Walnut; Gina (Dennis) Boyles of Princeton; Emaleigh Morrissey of Sheffield and her fiancé Jason Floyd; Annette (Ben) Clausen of Walnut; Tate Johnson of Ripon, WI; and Lillian Parlier of Spring Valley, IL; Marisa Bacorn and Devin Cavel. Great-grandchildren include:Elliott Prokes, and Kathryn Prokes of Ottawa, IL; Drew (Taylor) Foes of Buda, IL; Braden Boyles and Elizabeth Boyles of Princeton; Presleigh Morrissey of Sheffield; Kylie Floyd and Hunter Lewis of Princeton; Ava Clausen, Caleb Clausen, Geyson Clausen, and Oliver Gene Clausen all of Walnut.
Gene and Lois' lives revolved around their family and friends. They were Walnut and Bureau Valley sports fans as their children and grandchildren became involved in the various sports and activities. In later years they followed their great grandchildren in Bureau Valley and Princeton sports. Holidays and birthdays were celebrated in style at Grandma and Grandpa Johnsons!! Affectionately Papa Gene and Nana Lois. Gene was preceded in death by his parents, his wife Lois, son Scott, and one brother Rex Johnson. Surviving are his daughter and son-in-law Susan and Gary Brooks of Walnut; and his son, Steve Johnson of Ripon, WI; and one brother, Vaughn and his wife, Judy Johnson of Shopiere, WI, along with the numerous grand-and great-grandchildren.
Funeral arrangements are being made through Garland Funeral Home in Walnut. Services will be held at 10 a.m. at the funeral home on Saturday, August 28, with Gary Brooks presiding. Visitation will be from 9 to 10 a.m. The family invites those attending to wear St. Louis Cardinal apparel in honor of Gene's long allegiance to the Cardinals NLB team. GO CARDS!!
Online condolences may be sent to www.garlandfuneralhomes.com