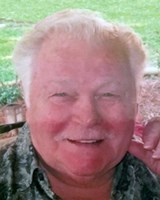 BORN
1934
DIED
2021
Justin 'Steen' Charles Coutteau
Born: March 31, 1934 in Moline, IL
Died: July 18, 2021 in Eatonton, GA
Justin "Steen" Charles Coutteau, 87, of Eatonton, Georgia, formerly of Moline, Illinois, passed away Sunday, July 18th at his home with his wife after a long illness.
A private family service, followed by a celebration of life, will be scheduled at a later date.
Justin was born March 31st, 1934, the son of Charles Coutteau and Meta Cook in Moline, Illinois. He married Nancy Sapp on September 11th, 1960, in Wyanet, Illinois. He retired from the Moline Fire Department after serving his community for 20 years. He was also a U. S. Navy veteran serving from 1952 to 1956 during the Korean War.
He was preceded in death by his parents and his brother, Charles "Chuck" Coutteau.
He is survived by his wife, Nancy; three children, Sheldon Coutteau (Janine) of East Moline, Lori Coutteau of Creston, and Julie Schreckenghaust (Ray) of Rockford, Minnesota. Also surviving are his sister, Carol Gibson (Chuck) of Warsaw, Missouri; sister-in-law, Darlene Coutteau (Chuck) of Las Vegas, Nevada; nine grandchildren; 12 great-grandchildren; a host of nieces and nephews; and his beloved dog, Tess.
Justin was passionate about everything he did in life, and his family was the most important thing to him. He and Nancy enjoyed traveling extensively, visiting multiple states and cruising. He had a variety of hobbies including building his home, landscaping, playing cards, and fishing.
Memorials may be made to the charity of the donors choice.

Published by Bureau County Republican from Jul. 30 to Jul. 31, 2021.
To plant trees in memory, please visit our Sympathy Store.
MEMORIAL EVENTS
To offer your sympathy during this difficult time, you can now have memorial trees planted in a National Forest in memory of your loved one.
MAKE A DONATION
Please consider a donation as requested by the family.
MEMORIES & CONDOLENCES
0 Entries
Be the first to post a memory or condolences.