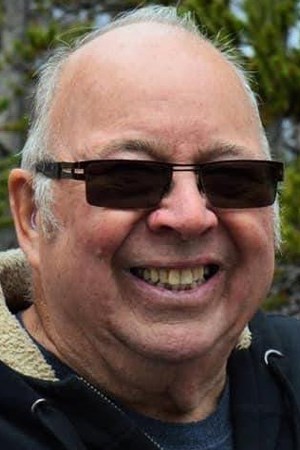 On August 11, 2021, Byron Rhine passed away at the age of 81. Byron was born July 10, 1940 in Beatrice to Carl and Neva Rhine. He went to school at Union Center and Liberty High School then proudly served in the Army and Army National Reserves. He went to trade school and worked as a mechanic, owned Rhine Service Station in Virginia and farmed near Blue Springs. In 1985, he moved to Rock Springs, WY where he was a diesel mechanic at Bridger Coal Company until his retirement. Upon retirement, he enjoyed traveling and lived in Nebraska and Benton, KY. He loved to fix things, hunt, fish, joke around and tell stories. He raised two daughters and taught them many things like "You're only as good as your word," "If it hurts when you do that, don't do that," "The first hundred years are the worst" and "Nobody gets out of this life alive."

He was preceded in death by his parents, brother Burt, and infant son Larry. He is survived by his girlfriend Sonja Humston, daughters Judi Boyce and Staci (Jason) Culotta, and grandchildren Dakota Rhine, Nikaya Swanson, Nicholas, Tucker & Levi Boyce, Elianah & Josiah Culotta, and many other relatives.

In lieu of a funeral, Byron requested his ashes be spread in Yellowstone National Park. Wishes can be given at https://www.penwellgabelkc.com/Obituary/203093/Byron-Rhine/Olathe-KS and donations can be made to Rocky Mountain Elk Foundation.

Published by Beatrice Daily Sun on Aug. 28, 2021.
To plant trees in memory, please visit the Sympathy Store.
MEMORIAL EVENTS
To offer your sympathy during this difficult time, you can now have memorial trees planted in a National Forest in memory of your loved one.
Funeral services provided by:
Penwell-Gabel Cremations, Funerals & Receptions
MAKE A DONATION
MEMORIES & CONDOLENCES
Sponsored by Penwell-Gabel Cremations, Funerals & Receptions.
0 Entries
Be the first to post a memory or condolences.