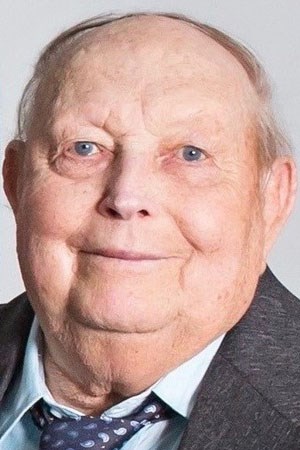 Howard Francis Behrends, 77 of Diller,passed away on Saturday, October 24, 2020 at Bryan Medical Center-West in Lincoln due to the complications from a motor vehicle accident near Diller. Howard and his family have lived in and around the Diller area all of their lives. Howard was born in Steele City to Henry and Viola (Wallace) Behrends on November 9, 1942. He went to school in Daykin, Diller and Odell over the course of his education. Upon graduation, he began his love for farming. Howard was engaged in all forms of agriculture from dairy, row crop, and swine production. He embraced the freedom to farm and enjoyed helping his friends and neighbors in their pursuits. Early on in his adulthood, he was drafted into the military, which lead him to join the Army National Guard. He went to basic training and had many years of weekend maneuvers with his fellow guardsmen. These men would become some of his dearest friends throughout their lives and onto death. Howard served as a drill sergeant during his military service and brought that discipline and loyalty to duty into life as husband, father, friend, farmer, neighbor, and leader. Howard and Linda (Spousta) were united in marriage on May 31, 1969 in Exeter and recently celebrated their 51st wedding anniversary. They met when Howard was living in Lincoln erecting silos and bins and Linda was attending college at the University of Nebraska. This marriage was blessed with three children: Glenn, Carol, and Steve and five grandchildren: Bridget, Jacie, Kale, Eli, and Jacob. Howard followed in his parents' footsteps when raising his children to work hard, be fun-loving, and to always take time for others or a hand of cards. Howard's style of service to his community and others was true to the adage, "when you see something that needs to be done, you do it". He served and led the Diller School Board and Legion Post 282 for many years. On many occasions, you would see him participating a gun salute for a funeral, attending a board meeting, and helping a neighbor who needed a hand--all in the same day while milking 50-75 head of dairy cows twice a day. He knew hard work, yet also enjoyed a relaxed cup of coffee with his fellow farmers in the mornings to discuss current events and a cold beer with a neighbor while he finished up chores. Howard loved his community dearly. He participated in every Diller Picnic but one when he was away with the Guards. For over 50 years, he took pride in leading the parade with his fellow veterans followed by serving in the Legion bingo stand into the night. He and Linda enjoyed Linda's Czech heritage including dancing and music-square dancing, polka dancing, and dancing in the kitchen on Sundays.

Into retirement, Howard, Linda, and Abby (their beloved dog) could be seen on "crop tours" of the 20-30 mile radius around Diller to include checking on the boys' progress, seeing what was new, and the occasional stop for a pop downtown or ice cream in Hanover. They also enjoyed attending their grandchildren's musicand concerts, sporting events, and activities.

Please join the family in a graveside services at Prairie Home Cemetery in Diller on Wednesday, October 28 at 9:00 a.m. with a brief viewing at 8:30 a.m. The Behrends' family will hold a celebration of life service at a later date when his wife, Linda can join us. His pallbearers are: Marion Fritzen, Larry Kotas, Larry Engelman, Dean Lottman, Kevin Sasse, Kale Friesen, Eli Friesen, and Jacob Behrends. Memorials may be given to American Legion Post 282 or Jefferson Community Health & Life. The Behrends' family would like to thank the amazing Trauma Team at Bryan Medical Center West Campus and the terrific Medical Team at Jefferson Community Health & Life for sharing their time, talents, care, and compassion with Howard and the family. Gerdes-Meyer Funeral Home is in charge of arrangements. www.gerdesmeyerfh.com

To plant trees in memory, please visit our Sympathy Store.
Published by Beatrice Daily Sun on Oct. 27, 2020.
MEMORIAL EVENTS
Oct
28
Viewing
8:30a.m.
Prairie Home Cemetery
, Diller, Nebraska
Oct
28
Graveside service
9:00a.m.
Prairie Home Cemetery
, Diller, Nebraska
Funeral services provided by:
Gerdes-Meyer Funeral Home - Fairbury
GUEST BOOK
3 Entries
Mark & I were so so sorry to hear about Howard's passing. He always had a smile & loved to chat! He will be greatly missed! Please know we are praying for your mom's recovery & peace for you all!
Mark & Rachelle Weers
October 30, 2020
My deepest sympathy to your whole family and my prayers for you all in this very sad time. My Prayers also for Linda!
Linda Vasicek
October 27, 2020
On behalf of the OSF HealthCare SAMC Executive Staff Leaders and Mission Partners who are honored to work with Carol Friesen, we offer our deepest condolences and continue to pray for strength and comfort during this time.
OSF Saint Anthony Medical Center - Administration
October 27, 2020