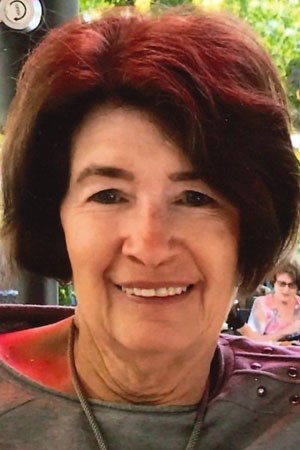 Karen J. Nannen-Wallinger, 81 years of age, of Odell passed away at the Journey House in Lincoln Sunday morning, June 13, 2021. She was born on May 5, 1940, in Los Angeles, CA to Gene A. and Rosalie C. (Berg) Stanosheck and graduated from Odell High School. Karen and Lyle P. Nannen were married from August 19, 1961 until he passed away on January 7, 2009. She had been employed as a legal secretary at the Carlson Law Office in Randolph, until retiring in 2006. She and Lyle then moved back to Odell to live in the house that she had grown up in 2007. Karen and Rick Wallinger were married on November 28, 2011. Karen was a member of the St. Mary's Catholic Church in Odell and had been a member of the Altar Society; and member of Chapter EA, PEO. She enjoyed playing cards, spending time with her friends, and was a master seamstress. Karen was a "coaches' wife" for many years, loved sports (especially all Husker sports), loved to decorate her home, and was a very proud grandmother.

Mass of Christian Burial service will be held at 11:00 a.m. Friday, June 18, 2021 at St. Mary's Catholic Church in Odell with Father Loras Grell officiating. Interment in St. Mary's Catholic Cemetery. The body will lie in state from 10:00 a.m.-8:00 p.m. Thursday at the Griffiths-Hovendick Chapel in Beatrice with the family greeting friends from 6-7:00 p.m., and in state Friday after 10:00 a.m. at the church. Scriptural prayer service will be held at 7:00 p.m. Thursday at the funeral home. A memorial has been established to the family's choice with the funeral home in charge. Sign Karen's online guest book and view her video tribute when completed at www.ghchapel.com. These services have been entrusted to the Griffiths-Hovendick Chapel in Beatrice.